SILICON VALLEY – Facebook announced Monday that it will be getting more aggressive with posts that assertively target user engagement, like asking for a “like” or a repost.

“People have told us that they dislike spammy posts on Facebook that goad them into interacting with likes, shares, comments, and other actions,” Facebook’s Henry Silverman, operations integrity specialist, and Lin Huang, an engineer, wrote in a company blog post. “For example, ‘LIKE this if you’re an Aries!’”

In what is referred to as “engagement bait,” the forthright campaign to garner as much official attention on social media is seen by Facebook as taking “advantage” of their News Feed algorithm.

“So, starting this week, we will begin demoting individual posts from people and Pages that use engagement bait,” Silverman and Huang write.

There are many different kinds of baiting outlined by Facebook, including ones striving for additional voting, sharing, tagging, commenting or reacting.

“Publishers and other businesses that use engagement bait tactics in their posts should expect their reach on these posts to decrease,” Silverman and Huang continue. “Meanwhile, Pages that repeatedly share engagement bait posts will see more significant drops in reach.” Facebook did not respond to The Daily Caller News Foundation’s request for further details in time of publication, specifically what the criteria for deciphering posts that are desperately — whether discreetly or not — venturing for more engagement.

Facebook says in the blog post that the initiative is similar to other recent ones, like the demotion of clickbait headlines and links that deliver low-quality web pages — all of which are part of a goal to reduce “spammy, sensational, or misleading” content.

Facebook announced a new feature in November that will try to help users decide what news articles on its platforms are legitimate by adding “Trust Indicators.” It also somewhat recently concluded a potentially ill-conceived test in which it promoted comments mentioning “fake news” on certain posts to the top. 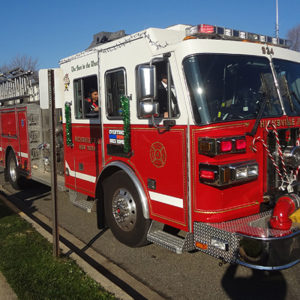