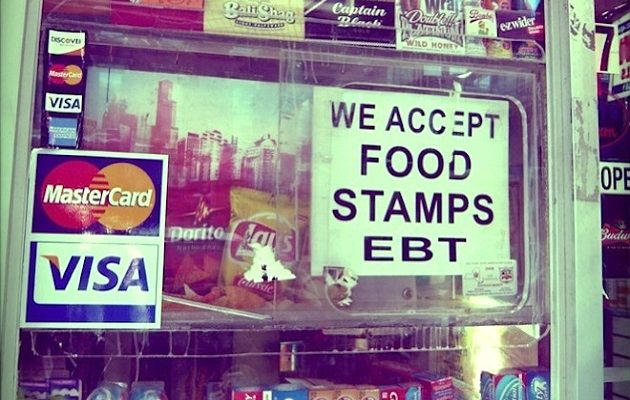 WASHINGTON – Agriculture Secretary Sonny Perdue is concerned about the unintended consequences of allowing states to limit what items can be purchased with food stamps.

Letting states determine what unhealthy foods should be banned from purchase with food stamps is a “slippery slope,” and could prompt some states to try and restrict other items from the program, Perdue said during a speech Tuesday at the National Press Club.

Several states have requested waivers from the government to restrict things like soda and candy from food stamps, and President Donald Trump’s administration is has been receptive to allowing states freedom to implement some their own rules.

The Trump administration has signaled recently that it will allow states to reform parts of the Supplemental Nutrition Assistance Program (SNAP) benefits, also called food stamps. The changes to food stamps wouldn’t apply everywhere, only the states that apply and are granted a waiver to impose restrictions or make changes to the federal program.

Several states have requested waivers in the past for junk food restrictions, but have been denied. After years of battling the Obama administration in court, Maine’s Republican Gov. Paul LePage has pleaded with Trump to allow the state to bar the purchase of candy and soft drinks with food stamps. Now, the USDA has to consider whether to grant those requests.

“My concern, obviously, when the USDA administers that, where do you draw the line of the different states?” Perdue said. “For instance if one state says that you shouldn’t have meat, shouldn’t be able to purchase animal protein, is that appropriate?”

“The things that are suggested mostly are sugary drinks and snacks, and salty and those kind of things that we deem unhealthy. That’s one thing,” Perdue said. “But what about you should not have any genetically engineered products? What about animal welfare issues — you shouldn’t have eggs that aren’t cage free, no meat or pork that’s not produced in this ultimate humane previsions. Where do you draw the line? That’s a slippery slope and we’ll have to consider very carefully.”

Making changes to restrict certain items from the food stamps program at the federal level usually fails. SNAP dollars simply represent a considerable market for food and drink producers, and businesses and interest groups work hard to protect their share.

Leading up to the 2014 Farm Bill — the massive authorization package funding the USDA — Congress debated banning certain unhealthy food purchases within food stamps. Representatives who may have been open to the idea eventually decided the support was not there.

When the Florida legislature one tried to pass a ban on junk food for SNAP purchases in 2012, they encountered a strong coalition of lobbyists from food companies, as well as retail chains and grocery trade associations. Small stores, especially in more remote areas, rely on sales of pre-packaged foods usually higher in fat and sugar, and would resist losing income from food stamps.

Perdue is open to considering other ways to let states improve the food stamps program. “We’ve told the states that the goal of the SNAP program is to provide more support for families as they are strengthened and enabled for self-sufficiency,” Perdue said. “We want states to have the flexibility to structure their program, to provide the best customer service and delivery of SNAP nutrition, to maintain integrity of the system by reducing fraud, and ultimately to help families to grow stronger and more self-reliant.”

One of the changes that Perdue expects to encourage is time limits for able-bodied persons without dependents, encouraging people not to rely on food stamps for long period of time.

Perdue advised people to “go back and read the initial state language dealing with food stamps.”

“It’s stated in there very clearly, this was a temporary, supplemental type of thing, hopefully leading people to self-sufficiency and self-reliance,” Perdue said.

SNAP, the most expensive programs that the USDA oversees, is part of the Farm Bill, and usually helps to build the coalition that allows the legislation to be passed with both Republican and Democratic support.

Food stamp enrollment peaked in 2013 at 47 million people after former President Barack Obama and Congress allowed states to waive work requirements for the benefits as a post-recession recovery measure. Many states have reinstated work requirements, and around 43 million people still receive food stamps, according to the USDA, but that number still isn’t dropping fast enough for many in the administration. 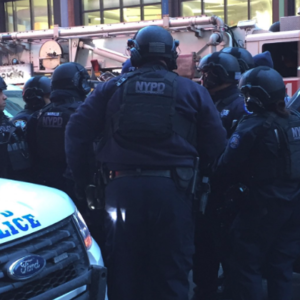 by Anders Hagstrom NEW YORK, NY - The New York City Police Department is responding to reports of an explosion in downtown...