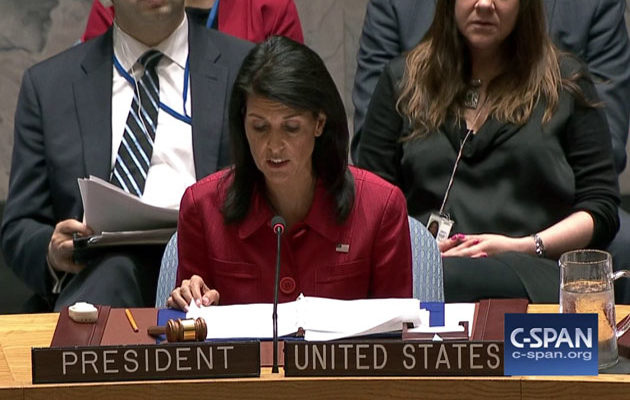 Ambassador Haley: Trump’s Decision to Recognize Jerusalem as Israel’s Capital “The Right Thing to Do”

WASHINGTON – Ambassador to the United Nations Nikki Haley on Sunday gave a firm defense of President Donald Trump’s decision to recognize Jerusalem as Israel’s capital, lacing her remarks with strong words for the U.N.

In an appearance on “Fox News Sunday,” she said Trump’s decision was “the right thing to do” and promised to defend Israel from what she sees as unfair attacks by U.N. members.

“We’re not going to put up with it anymore,” Haley told host Chris Wallace.

Haley’s remarks echoed her previous criticisms of the U.N.’s stance toward Israel. During a special meeting of the U.N. security council on Friday, Haley ripped the other ambassadors in attendance for what she said was persistent anti-Israel bias.

“Over many years, the United Nations has outrageously been one of the world’s foremost centers of hostility towards Israel,” she said at the meeting. “The U.N. has done much more damage to the prospects for Middle East peace than to advance them.”

Asked by Wallace how those remarks were helpful in mediating the peace process, Haley said she was simply recognizing the “facts.”

“Ever since I got to the United Nations, there have been repeated attempts to hit Israel, for no reason whatsoever,” she said. “It’s Israel-basing sessions, constantly trying to find ways to picket them.”

“I want the Security Council and all of the international community to understand: When you bully Israel, you are not helping the peace process,” she added.

Haley’s defense of U.S. policy toward Israel comes as anger over Trump’s decision continues to reverberate across the Middle East. Thousands of protesters gathered outside the U.S. embassy in Beirut on Sunday, clashing with Lebanese security forces as they chanted anti-U.S. slogans and burned American and Israeli flags.

In Israel itself, violence has erupted in Jerusalem and cities across the West Bank. Demonstrations turned deadly in Hamas-controlled Gaza, where Israeli jets carried out airstrikes in response to rocket fire aimed at a residential area in Israeli territory. The strikes, which Israel said targeted “instigators” of violent riots, killed two Palestinian men, according to the Gaza Health Ministry.

Israel has always considered Jerusalem its undivided capital, and the city has been the seat of Israeli government since the Jewish state was founded in 1948. However, Palestinians consider East Jerusalem, which has been occupied by Israel since 1967, as the capital of a future Palestinian state.

Haley said on Sunday the decision to recognize Jerusalem as Israel’s capital will not affect U.S. commitment to a negotiated peace settlement that leads to the creation of a Palestinian state. When asked by Wallace if East Jerusalem could still be the capital of such a state, Haley said the Trump administration would leave it up to Israel and the Palestinians to decide the boundaries of sovereignty in the city. 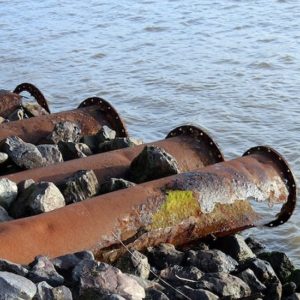 by Andrea Sears ALBANY, N.Y. - Reporting of sewage spills into New York waterways has improved, but a new report says...