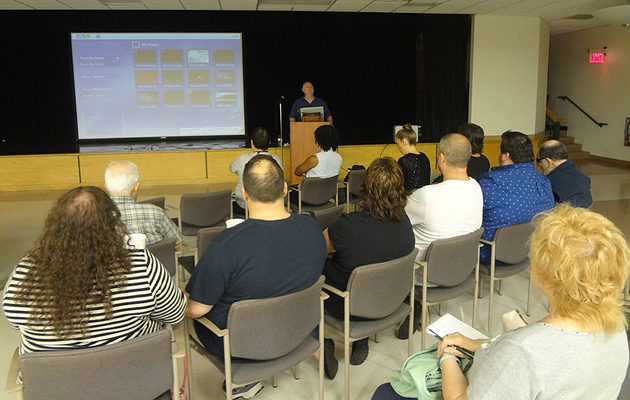 LONG ISLAND, NY – Have you ever seen a random streak of light shoot through the heavens on the way home from work or noticed the so-called “Long Island Devil” peering through your windows at night? Sure, it’s not an everyday occurrence for the Average Joe – and it certainly sounds frightening – but for Rocky Point resident Joseph Flammer, it’s practically a way of life.

Flammer, along with his partner Diane Hill, have been ghost hunters together for the past 15 years; three for four years ago, however, Flammer said that he became intrigued by UFOs as well, and has since begun to delve into that particular world of the unknown in earnest, he said.

“I’ve always had an attraction to following-up on strange stories,” he said. “When I was a kid, I had no interest in ghosts, but then some friends and I saw a ghost in Oceanside in Nassau County, and I was interested in strange stories from then on. Later, I went to college and began writing for newspapers, and I always pursued strange stories…ghosts, UFOs, and other unexplained phenomena. Later, I hooked up with Diane Hill, and we began to investigate them together.” 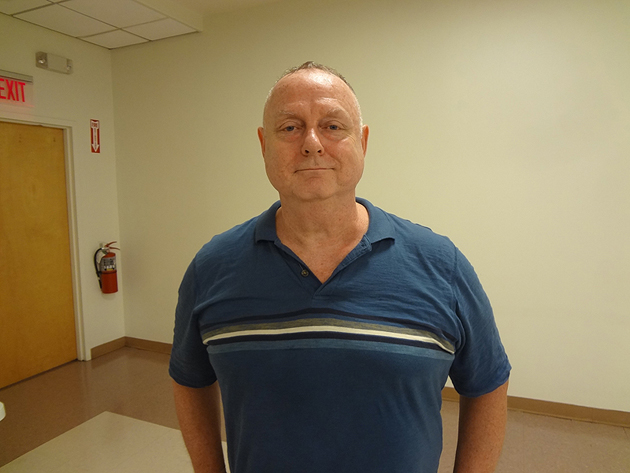 History is rife with sightings of unexplained, unidentified flying objects; starting with the infamous Roswell, New Mexico incident in the 1947, all manner of encounters with otherworldly beings and their strange conveyances have been reported, although few of these incidents have ever been taken seriously…except by a select few. Flammer is one such individual, and at a recent lecture he held at the Farmingdale Public Library, he demonstrated quite definitively that he is a literal walking repository on alien fact and fiction…especially as it pertains to the Long Island region.

One incident he spoke of allegedly took place in Suffolk County’s Southhaven Park in 1992; at that time, an unusual even took place on Sunrise Highway that still gets ‘em talking to this very day, Flammer said.

“One evening, about dinnertime, a UFO came streaking through the sky while on fire, and it crashed into Southhaven Park and exploded, and people in the area at that time reported a blackout,” he said. “The park was shut down for three days – the story was that there was a fire in the park – and supposedly men in black uniforms with no insignia surrounded the park to direct traffic, and three days later the park re-opened, and the whole area of the crash had been cleared out.”

However, a recent case he said he’s been investigating strikes much closer to home for many readers of this newspaper; apparently, Flammer said, a frightening apparition has been spotted lately stalking the Farmingdale/Bethpage area, ominously dubbed by the locals “The Long Island Devil.”

“We interviewed people who had seen a black creature, about six feet tall and 90 pounds – very thin – up in the trees, looking at people,” he said. “We spoke to a man who was walking his dog saw it, and said that it was pointing at him with these long, black fingers. We traced its activity to a local graveyard down the block – the Powell Cemetery.”

What followed, Flammer said, was the largest paranormal investigation in Long Island’s history; lasting three months and involving 40 people, he said that while the results of the search for “The Long Island Devil” were inconclusive, he nonetheless theorizes that the mysterious creature just might not be of this Earth.

“Right on the grounds of Bethpage State Park, right across from the cemetery, people reported seeking red eyes peering at them from the trees, and a Farmingdale resident reported seeing the creature in their backyard,” he said. “But some people have been saying that, in 1989, there was a shoot-down of a UFO over Moriches Bay, and some people feel that this creature is really an alien that has somehow survived that shoot-down and now wanders Long Island. That might sound outlandish, but that’s what some people say.” 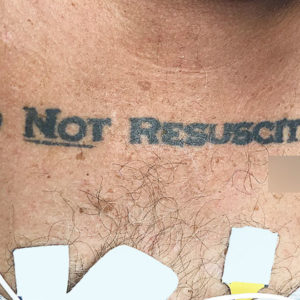 by Grace Carr FLORIDA - A medical team at a Miami hospital wasn’t sure what to do when an unconscious man in need of immediate...