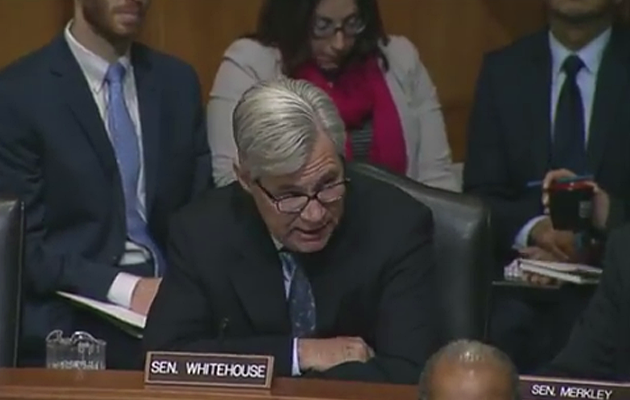 WASHINGTON – Tensions mounted in a Senate hearing to approve two Trump administration nominees after a Democratic lawmaker compared a White House pick to a “horse.”

“There is a popular legend of the Emperor Caligula appointing his horse to the Roman Senate,” Whitehouse said in a Wednesday hearing.

Democrats have come out in opposition to White’s nomination to head CEQ. Whitehouse and other Democrats have said her questioning of climate science and pro-fossil fuels stance disqualify her from heading the office.

“Approving this nominee for CEQ would be so preposterous that it would be like appointing Caligula’s horse,” Whitehouse said. “In that the real question becomes about the power of our fossil fuel emperors and the spine of the Senate.”

“Let me just say that comparing Ms. White to a horse, as one of our Democrat colleagues just did, to me is a new low,” Barrasso said. “It’s disturbing, it’s demeaning, and it’s dehumanizing.”

Whitehouse’s is referring to a claim made by Roman historian Gaius Suetonius Tranquillus who wrote in 121 A.D. that Caligula planned to make his horse, Incitatus, a consul. The move was one of many taken by the allegedly mentally-unstable emperor during his brief reign.

Suetonius, however, wrote about Caligula’s reign decades after it happened, and it’s unlikely the infamous emperor “went so far as to appoint the stallion,” according to History.com. By appointing his horse, Seutonius and others were insinuating Caligula wanted to humiliate the Roman senate.

Consul was the highest-elected office in the Roman Republican, but the office had lost much of its authority in imperial times. During Caligula’s reign, consuls were more symbolic but could still preside over Roman senate meetings.

Despite Democratic protests, nominations for White and EPA pick Andrew Wheeler passed out of committee and are headed to the Senate floor for confirmation. 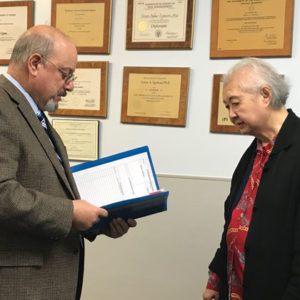 by Robert Golomb LONG ISLAND, NY - "Drug dealers are no longer the primary source of heroin and opioids.  The main source...