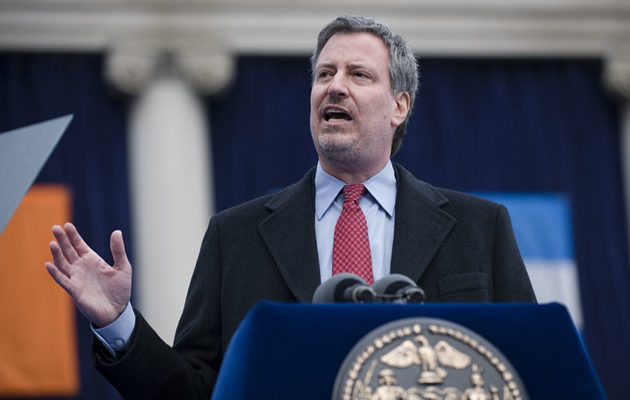 ALBANY – New York City Mayor Bill de Blasio will deliver a speech on the future of the Democratic Party in Iowa in early December and admits that he plans to establish a national fundraising operation, but insists he has no plans to make a presidential run in 2020.

De Blasio sees his appearance in Des Moines as an opportunity to weigh in on the future of the Democratic Party, which he believes will hinge on constructing a well-defined identity based on progressive values.

The Democratic mayor’s progressive preferences alienated him from the Clinton campaign and the broader party establishment in 2016. His vision for the party’s future entails a rejection of the more centrist positions embraced by the Clintons and a full embrace of the policies espoused by Vermont Senator Bernie Sanders’ campaign.

“I have been very open about the fact that I wish the national party had actually run on that platform,” de Blasio said. “If the party does not bring the progressive wing in more fully, then it’s at the party’s peril. I think there was a huge mistake made in 2016 to not invite in the Bernie Sanders movement more effectively.”

De Blasio criticized Clinton for her centrist platform in a book released after the election.

“Although I opposed the DLC [Democratic Leadership Council] and its centrist politics, I had real hope for Hillary,” de Blasio told author Joseph Viteritti during an interview included in “The Pragmatist: Bill de?Blasio’s Quest to Save the Soul of New York.”

“I thought she would eventually take a stronger position on income inequality. She could have generated more support if she had taken a stronger stance, and done it sooner,” de Blasio added.

While he admits the Iowa trip is part of his broader effort to influence national politics, a role he argues is part of his purview as the mayor of America’s most populous city, he rejects the notion that he is elevating his stature in preparation for a presidential run.

“I said it before, I’ll say it again, I was running for one thing which was mayor of New York City,” he said. “I have four years and one month ahead and that is what I plan to do.”

Adding to suspicions that de Blasio is concealing his true intention to seek national office is his admission that he will likely establish a PAC to fund his out-of-state travel. He dismissed the criticism that a mayor shouldn’t be spending time and resources on influencing national politics, pointing out that occurrences at the federal level influence his ability to enact his desired policies.

“I think it is infantile to believe that a mayor of New York City can’t go some place else and still manage the government. It’s been going on for decades for God’s sake,” de Blasio said. “I think my job is to make sure this city is managed well and change the lives of its people on every front. But it’s also to try to change the larger reality that is affecting us. If we don’t change the federal level, we will continue to be stymied.” 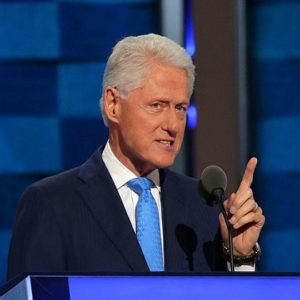