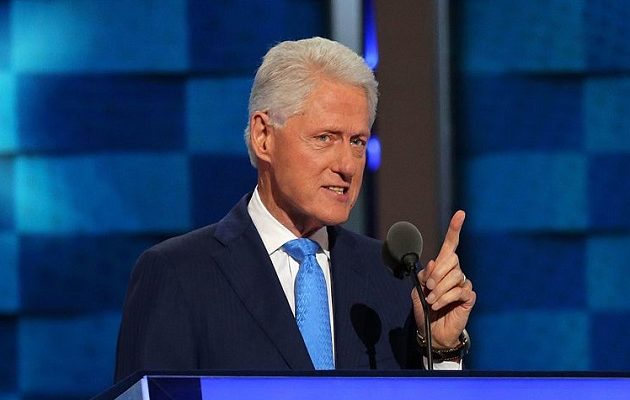 Fox News wrote in 2016 that the Lolita Express, a Boeing 727 jet, was “reportedly outfitted with a bed where passengers had group sex with young girls.”

Clinton flew on some trips where the flight logs showed only the first names of female passengers.

The Daily Caller News Foundation contacted the Clinton Presidential Library last week to obtain information about the former president’s relationship with billionaire Epstein, who in 2008 was convicted of soliciting sex from underage girls as young as 14.

At the time of the request, the Clinton Presidential Library was preparing to celebrate the 25th anniversary of Clinton’s 1992 presidential win. It was attended by a small army of Clinton loyalists.

TheDCNF contacted the media office for Bill Clinton, but it refused to respond to a variety of questions about Clinton, his trips and his friendship with Epstein.

Between 2001 to 2003, Clinton and Epstein traveled together on extended trips around the world, according to flight records released in 2015 by Gawker.

Accompanying Clinton aboard the private jet was Doug Band, his “body man” and president of Teneo Holdings, a company that arranged speaking engagements and lucrative business deals for the former president.

On one trip Clinton also traveled with actor Kevin Spacey, who is now accused of have sex with an underage boy.

Gawker reported Kellam was “accused in court filings of acting as pimps for him (Epstein), recruiting and grooming young girls into their network of child sex workers, and frequently participating in sex acts with them.”

“In January 2002, for instance, Clinton, his aide Doug Band, and Clinton’s Secret Service detail are listed on a flight from Japan to Hong Kong with Epstein, Maxwell, Kellen, and two women described only as “Janice” and “Jessica,” Gawker reported.

Clinton ditched his Secret Service agents on five of the flights, according to Fox News.

Judicial Watch, a conservative watchdog group, filed a Freedom of Information Act request in 2015 before the U.S. Department of Homeland Security to obtain records of all Secret Service expenses incurred to provide “security and or/other services” to former President Bill Clinton during his trips with Epstein.

TheDCNF request about Clinton and Epstein occurred as hundreds of loyal Clinton aides, campaign workers and former White House officials converged onto the Presidential Library to commemorate the 25th anniversary of the President’s first win to the White House.

While the conference convened amid a swirl of sexual assault accusations against prominent men in politics, industry and in Hollywood, none of it was raised at the 25th anniversary programs.

James Carville, Clinton’s irreverent former campaign manager from his 1992 presidential run moderated a lengthy and “safe” interview with Bill and Hillary Clinton at the library.

Instead, the conference addressed the environment, education policy, childhood development, strife in the Balkans and even, the Human Genome Project.

Women who previously reported sexual assaults by Clinton told TheDCNF the silence from the Clinton camp over the Epstein flights did not surprise them.

“Have we ever heard a word from him since all of this came up? I mean this has been going on since his college days,” Willey said.

As for his flights aboard the Epstein jet, Willey said, “Well, I don’t think Bill Clinton was playing checkers there. I think it’s despicable, it’s disgusting. He was there for a reason. It’s called pedophilia. Most of those girls were underage.”

Juanita Broaddrick, who says Clinton raped her in a hotel room in 1978 when he was state attorney general, told TheDCNF, “Well I don’t see how they could speak about it now after they’ve lied about it for two decades and harassed and trashed us. I don’t see how they personally can come back and say anything.”

Broaddrick said during the assault Clinton bit her lip so hard it started bleeding. “You better put some ice on that,” she remembers him telling her as he walked out the door.

“I cannot imagine how and in what manner they could ever say the names: Paula Jones, Kathleen Willey or Juanita Broaddrick. I don’t think that will ever come out of their mouths,” Broaddrick told TheDCNF.

She also was not surprised the sex scandal did not come up at the Clinton conference this weekend.

After federal prosecutors identified at least 35 young girls who were solicited by Epstein, the U.S. government elected to have Florida state, not federal charges leveled against him.

He was given a sweetheart deal of 13 months of an 18 month sentence in the Palm Beach County Stockade. He was only charged with one count of soliciting an underage girl.

The punishment was so light Epstein was allowed to leave each day to go to work as a power broker in the financial field.

He also is listed as a registered sex offender and had to make financial restitution to about 30 girls.

Epstein now spends most of his time on his island estate in the U.S. Virgin Islands, according to the Palm Beach Post.

For Broaddrick, the memories of Clinton’s assault are still vivid. “I still cry, I still have that pain. It never goes away,” she told TheDCNF. 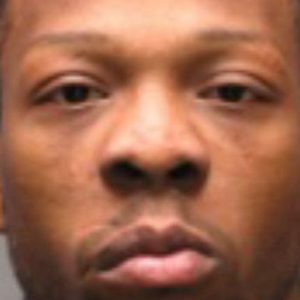 by Robert Donachie PITTSBURGH - A rookie Pennsylvania police officer was shot and killed Friday night at a red light,...