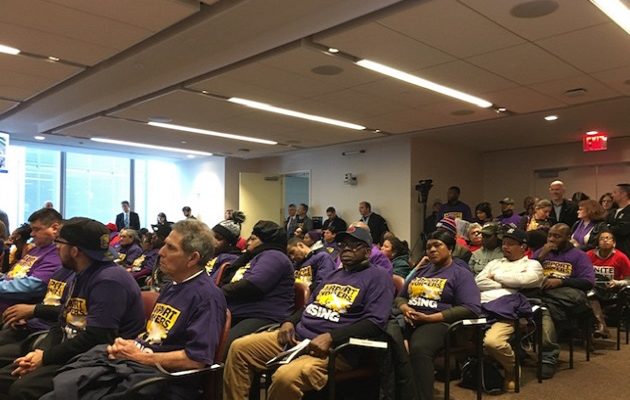 NEW YORK – It’s time to keep the promise of better wages and benefits – that’s the message workers from JFK, LaGuardia and Newark airports delivered to the Port Authority on Thursday.

In 2014, the Port Authority of New York and New Jersey promised airport workers a better wage and benefit plan. While there has been some progress, workers on both sides of the Hudson say they’re still waiting for Port Authority leadership to act.

Yvette Stephens is a passenger escort at Newark airport and one of the hundreds of members of SEIU Local 32BJ to converge on a meeting of the Authority Board.

“I’m here to establish family-sustaining wages, meaningful benefits and training for airport workers like me so that we can keep all our passengers safe, especially during this busy holiday season,” she says.

That bill would have raised an airport worker’s hourly wage to $18. But Stephens says she’s still being paid just over $10 an hour – and more than half of her $1,300 monthly paycheck goes for rent.

“After paying my rent, I spend $200 in monthly co-pays for the medicine I take to treat my M.S., she explains. “That’s followed by food and transportation. I can barely make ends meet with $10.20 an hour.”

Stephens says the message that the 40,000 contracted workers at the three airports want the Port Authority commissioners to hear is simple and clear.

“Now, there are governors in both New York and New Jersey who support good jobs at the airports,” she adds. “This is your opportunity to make the changes you have always promised us.” 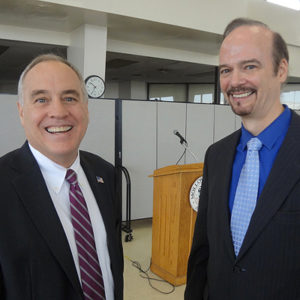