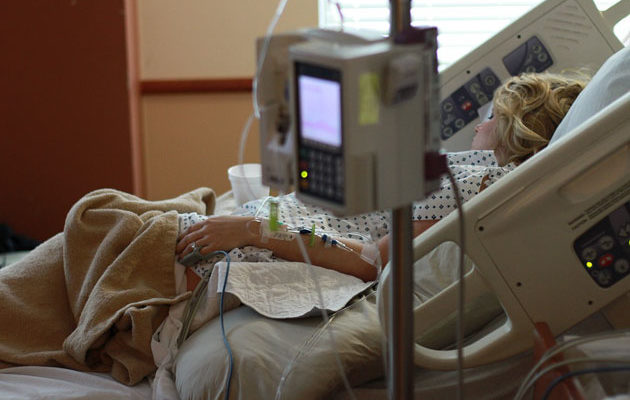 LONG ISLAND, NY – Nowadays, everywhere you turn, the Ebola virus seems to be a buzzword synonymous with fear and dread among the general populace. But is that fear really warranted?

According to the United States Center for Disease Control (CDC), Ebola is a rare and deadly disease that is spread through direct contact with blood and body fluids of a person infected and actively showing symptoms; it is not spread through the air or water, and if not immediately treated properly, has a high fatality rate.

Ebola bred fear in the United States most recently in 2016 when an afflicted traveler, returning from a visit to a region in West Africa experiencing an outbreak of the disease, in turn infected two hospital personnel in Texas, both of whom were successfully treated; the traveler, however, passed away from the illness. There have been no reported cases in this country since.

Adelphi University of Garden City hosted a lecture and panel discussion on this hot-button topic on November 6 entitled Ebola and Beyond: Are We Ready? Dr. Elizabeth Cohn, the Director for Adelphi’s Center for Health Innovation, was the driving force behind the event’s formation.

“The purpose of the Center for Health Innovation is to find a way to rapidly respond to and deeply explore some of the public health issues that are affecting Long Island, specifically,” she said. “The idea for the conference came from my external board of directors, and they suggested that the Center should put together a bi-partisan panel on Ebola to explore the different aspects of it. We had a number of participants from various areas of the health field, and we feel it was a great success.”

However, Ebola was only one aspect of a far broader discussion whose participants included the President and CEO of NuHealth Victor F. Politi and the Commissioner of Nassau County Department of Health Dr. Lawrence Eisenstein.

“The conference was not about Ebola per se, but about think about public health more broadly,” Cohn said. “The take-away from the conference was that Ebola is indeed a global problem that needs to be solved globally, but we used it to bring people together to talk ways to open up lines of communication about public health. Ebola isn’t going to be a crisis, but other things are, such as poverty and a lack of public health infrastructure, both here and in Africa. That’s the real crisis.”

Nassau Health Commissioner Dr. Lawrence Eisenstein said he has been very impressed at the role that Adelphi has taken in the past when tacking important issues in public forums; Ebola and Beyond, he said, was no different in this regard.

“Adelphi has done a great job with these conferences, and I’ve participated in many of them…the Center for Health Innovation is really on the ball,” he said. “The thing that was most impressive about this discussion was that there was no editorializing, no politics, and no agendas…it was just the facts. It was a very real, reasonable approach to the whole Ebola situation.”

Philip Alcabes, Professor of Public Health at Adelphi and a speaker on Ebola and Beyond panel, said that it’s probably more important that you should be up to date with your regular flu shot than actually worrying about contracting Ebola anytime soon.

“Ebola is not a health crisis in America, but I see this panic over Ebola not as real fear about infection, as the great majority of Americans know that isn’t going to happen,” he said. “I think this panic has to do with a lack of faith in American institutions, especially public health authorities. There’s a vote of low confidence among the general public there, and why that’s happening is very complicated. I could only speculate about why it’s happening.”

Some critics have insinuated that part of the current national Ebola panic is, in part, fueled to some degree by sensationalistic reporting in the media; people are seemingly inundated with non-stop Ebola coverage, with some decrying it as verging on fear-mongering. While Alcabes disagrees that this is entirely the case, he does feel that the reporting on Ebola has been unbalanced overall while ignoring the bigger issues.

“I do feel that the media made too much out of something that is a very small threat in this case,“ he said. “The real issue is Americans’ lack of interest in establishing public health programs and infrastructure in other parts of the world. It’s a responsibility even if you don’t feel a moral obligation to take care of people in other countries; it would make sense because it would protect Americans from any epidemics that could break out abroad and potentially travel here.”

Eisenstein also played down the recent public hysteria, noting that the odds of any Nassau County resident contracting Ebola at any point are very, very slim; however, he added that when you have a disease with such a high fatality rate (he estimated that 60-70 percent of the cases discovered in Africa typically end in death), it is nonetheless important to prepare properly, should the worst ever happen.

“Everything that Nassau County has done is under the guidance of the CDC and the New York State Health Department, in addition to other agencies. Our preparation has been extensive,” he said. “All of our hospitals and first responders have been required and have successfully completed training, and they have all been inspected for their degree of Ebola preparedness. We have also had public training of residents, including students in schools, and getting the proper message out to everyone involved has been vital.”

Eisenstein also noted that the Nassau County Department of Health is currently training their very own Ebola response team who will be able to actively monitor and transport any cases that may arise to a designated treatment facility within the county.

Cohn notes that the Center for Health Innovation holds a regular series of these panel discussions on public health issues; the next one is potentially slated to address the current Heroin problem affecting Long Island. 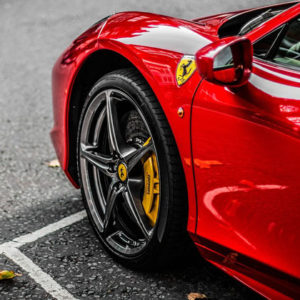