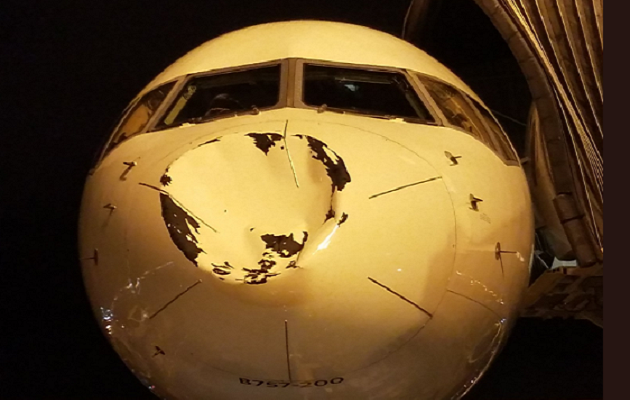 Officials believe that the team’s plane slammed into a bird at 30,000 feet, but Thunder players Carmelo Anthony and Steven Adams were unconvinced, judging by the photos they posted on social media of the plane’s caved-in nose.

Hey @NASA @neiltyson @BillNye
We had a rough flight to say the least.

“What possibly could we have hit in the SKY at this time of night?” Anthony wrote on Instagram before reassuring his fans that the team made it safely to the ground. Adams posted a tweet asking, “What caused this?”

Maintenance crews are evaluating the situation, but believe that a large bird caused the damage, Delta Airlines spokeswoman Elizabeth Wolf told reporters. All the players, coaches, and staff aboard the plane landed safely.

The Thunder lost to the Minnesota Timberwolves, 119-116, Friday night. They left Minneapolis around 11:30 p.m. for Chicago, where they have a game scheduled against the Bulls Saturday night. 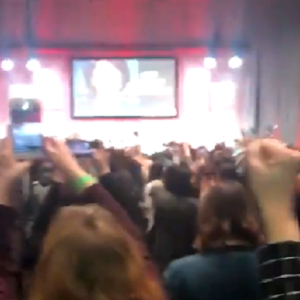 by Amber Randall DETROIT - California Rep. Maxine Waters led a loud chant of “Impeach 45” during her speech at the Women’s...