SILICON VALLEY – Facebook is experimenting with the prospect of removing non-promoted posts from users’ News Feed, meaning smaller organizations that rely on the social media platform for free advertising and engagement may soon be cut off.

The change would make the main News Feed consist of both friends’ and sponsored posts, respectively, while a separate feed would include the standard posts typically seen from certain followed accounts, according to The Guardian.

Only six countries — Guatemala, Slovakia, Serbia, Sri Lanka, Cambodia, and Bolvia — are currently experiencing the test. But if the new policy is ultimately adopted on a wider scale, it would have far-reaching effects for its advertising business, and the publishers that try to reach Facebook’s massive audience.

Potentially creating a “pay to play” virtual ecosystem would, for example, force publishers to pay for space on the platform, after years of startups in various industries organically growing free of charge.

Facebook has been reportedly discussing and actually rejiggering its platform, especially the News Feed, for awhile. Some are due to outside pressure that misleading or false news is a behemoth of a problem, and others seem to be a way of making more money, even though it already dominates — along with Google — the online ad revenue space.

The consequences for a new news feed could revolutionize other industries and their relationship with tech conglomerates, while weeding out “the little guy” from the digital advertising market. If every group has to pay to be on the seemingly primary News Feed, then many will likely withdraw from the platform altogether due to tight funds, while only the powerful and deep-pocketed will remain.

And it’s not just the smaller players that will likely be negatively affected. Media giants like The New York Times and The Wall Street Journal are spearheading the coalition known as the News Media Alliance (NMA) because they feel as if Facebook and Google reap all of the benefits from their original content. The consortium is petitioning federal lawmakers to provide them an exemption from antitrust regulations. Such a reclassification would allow media organizations to collectively negotiate with the two corporations, which is important for the industry’s attempts to earn more ad revenue and end Google and Facebook’s hegemony. News organizations and other content publishers may see this as an even more urgent endeavor with the reports that Facebook may separate (perhaps demote) non-sponsored content.

Facebook says the initiative is for the good of the user.

“With all of the possible stories in each person’s feed, we always work to connect people with the posts they find most meaningful,” a Facebook spokeswoman told The Daily Caller News Foundation. “People have told us they want an easier way to see posts from friends and family, so we are testing two separate feeds, one as a dedicated space with posts from friends and family and another as a dedicated space for posts from Pages. To understand if people like these two different spaces, we will test a few things, such as how people engage with videos and other types of posts … We have no current plans to roll this out globally.” 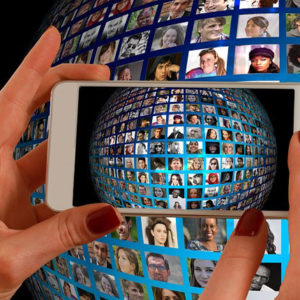 by Eric Lieberman NEW HAMPSHIRE - People should be skeptical of Facebook’s fact-checking system that suppresses certain...