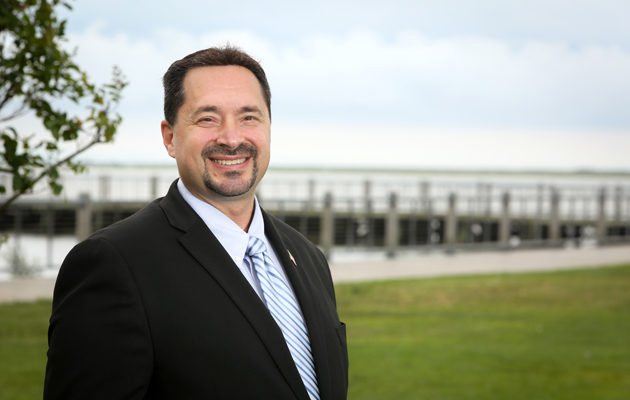 LINDENHURST, NY – There’s something that can be said about a passionately active member of their community looking to take their civic-minded efforts to the next level; that’s just what Republican and political newcomer Christopher Madden is looking to do this November 7th as he seeks to unseat Democratic incumbent DuWayne Gregory for the seat of the Suffolk County Legislature’s 15th District.

Endorsed by both the Republican and Reform parties, Madden resides in Lindenhurst (in an area within the Copiague School District) with his wife and three children. He’s been making his living since 2007 as an owner of a U.S. Customs warehouse, which is essentially a depot for unauthorized cargo entering the country to be impounded until its legal status is straightened out with the authorities. Previously, Madden was involved in the transportation and logistics of air freight; transitioning to his current line of work was just a natural evolution of that career path, he said. 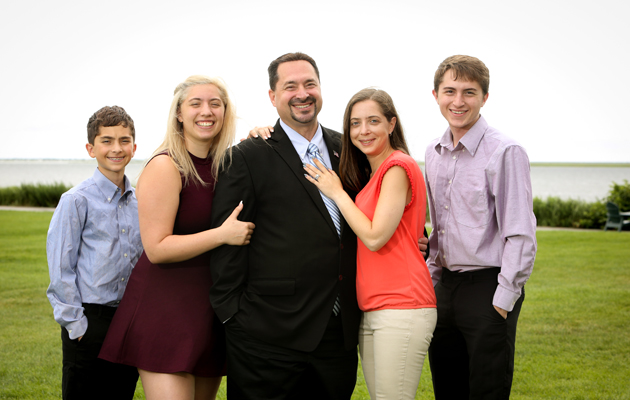 Madden is currently very involved in the local community, coaching various youth sports teams and heavily involved in numerous civic organizations. In addition, he’s currently serving as a Trustee on the Copiague School Board and is active in the local Parent-Teacher Association as well.

Presently, Madden has precisely zero experience as a politician; however, he views this aspect of himself as a positive, saying that both his business and life experience have given him a unique set of tools that allow him to not only perceive the issues plaguing Suffolk County in a way that a career politician would not, but also to be able to fix them in an effective – and completely nonpartisan – manner.

“I’ve been the COO of a $45 million-dollar company and spent years traveling the country. I also went through a divorce that caused me a lot of financial issues, but now I’m happily remarried with a new business, he said. “All of my experiences have taught me to live within my means – which is something our government cannot do – and it’s taught me fiscal responsibility, how to live within my means. After my divorce, I started another financially successful company, but instead of moving into a bigger, fancier house, I stayed in the house I was comfortable in and that my kids had grown up in…I made sure that I live within my means.” 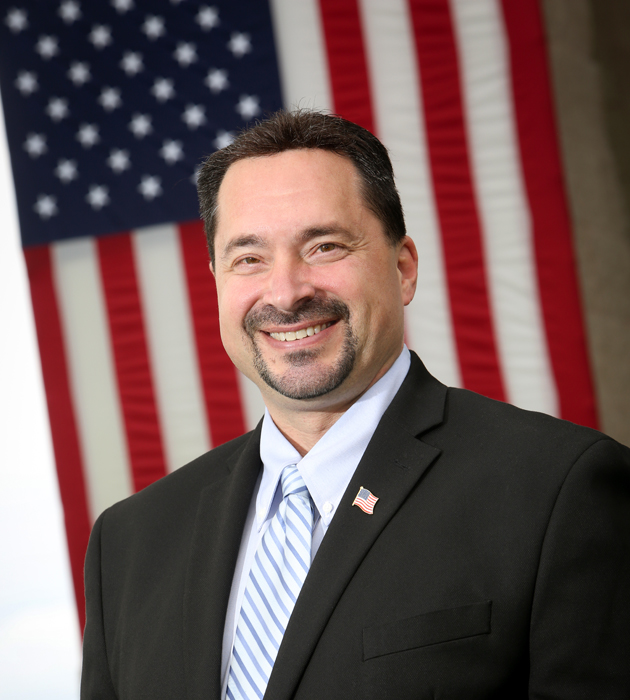 In the last several years, Madden has naturally grown more and more involved in his local community, engaging in a great deal of volunteer work in an effort to help his fellow residents. While doing so, he said he began to notice a common theme rising to the surface among the many people he interacted with; it was this realization that eventually led to his decision to run for the Suffolk County Legislature, where he has hopes of being a successor to current Presiding Officer Dwayne Gregory, who is approaching the end of his tenure as a Legislator.

“People ask me, why do I want to run for the Legislature? Honestly, I just want to help other people, and I think I can do as good of a job as Dwayne Gregory has. Dwayne is looking for a different career path now – he will have legally reached his final term if re-elected this November, and he’s already attempted to run for Congress – and maybe he’s taking his eye off the ball a little bit. I think he’s done a great job, but I think it’s time for some new blood in the Legislature.”

Madden’s bid to become a Suffolk County lawmaker comes with the full support of his family, and especially from his wife, who he credits as a driving force behind  his many charitable endeavors.

“My wife 100 percent supports what I do, and without her, I wouldn’t be able to do everything that I do in the community. She’s very happy that I’m doing this, and she’s the same way that I am…if she sees someone in the community that needs help, she does everything she can to assist them, no matter what,” he said. “For example, we know this one family who, because of financial issues, weren’t able to get themselves Christmas presents one year…so the following year, we sent them a big screen TV and gifts for the parents and kids. My wife and I are both very giving, very compassionate people.” 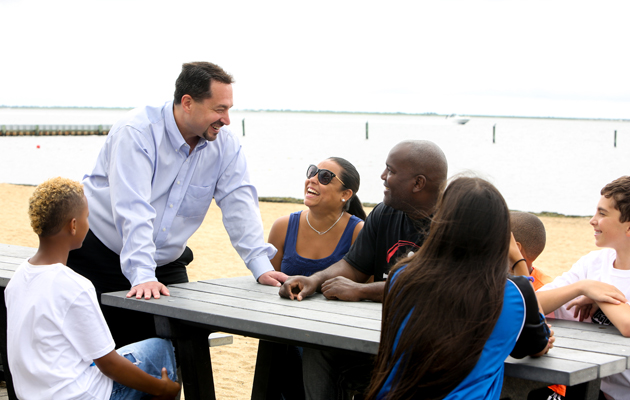 Among the policies that Madden is championing as the backbone of his election campaign are number of common sense initiatives that pretty much any Long Island resident can relate to; chief among them, he said, is making the infamous Suffolk County red light camera program go away.

“I want the red light cameras gone…it’s a blatant cash grab on the part of the county, and they don’t increase the safety of the residents,” he said. “In District 15, we have ten red light cameras out of the 100 Suffolk County. Seven of those ten cameras have all had increases in accidents since they were put in. We all know it’s a money grab, and if they were really interested in making the roads safe, they would remove the cameras and make the red lights last for 2 seconds in both directions before changing. That would make the streets much safer.”

Attracting and making it easier for businesses to operate in Suffolk County is another goal of Madden’s, who points out that the rows and rows of empty storefronts and buildings he sees every day while driving around is not conducive to rehabbing Suffolk County’s current difficult economic climate.

“You drive up and down Montauk Highway, Sunrise Highway, Route 110, and you have all of these abandoned buildings. They knocked down Brunswick Hospital several years ago and it’s still vacant, so no taxes are being generated from it,” he said. “We have to turn that around and put something there, and we need to attract more businesses. Currently they’re building apartments everywhere, and we don’t need more of them. Plus we have a lot of illegal apartments in our towns, so we’re not getting the taxes that we normally get there, either. And the burden of all this is really put on the legal homeowners.”

Other issues he plans to address if elected include combating gang crime and the current opioid epidemic sweeping across Long Island – including plans to create a neighborhood watch group in the downtown Copiague area – and perhaps most importantly, concerns over the affordability of living on modern-day Long Island.

“My oldest is just going off to college right now, and when he comes home I’m really wondering how he’s going to be able to live on Long Island with everything costing what it does,” he said. “Everybody says the same thing to me…it’s too expensive to live on Long Island, so we have to do something about it. We all know somewhere, someplace we are wasting money in government, and I think my business background, and the fact that I have no ties to politics, can really allow me to get in there without any pressure from outside groups, find what’s wrong, and fix it.” 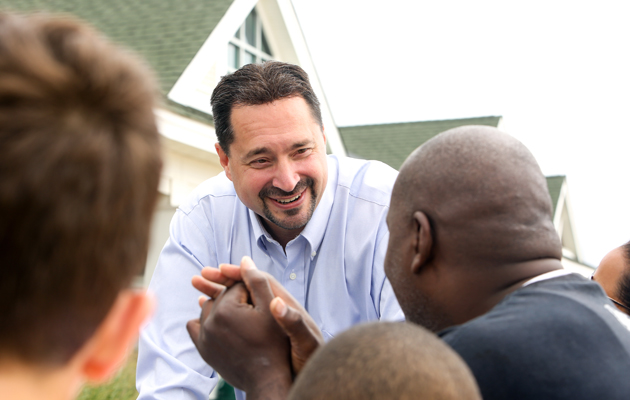 His lack of political affiliations – and the fact that, with the exception of just one fundraiser, he is financing his campaign completely out of his own pocket – is a source of strength, Madden pointed out; he is beholden to no one and, with that being the case, he can truly be bipartisan when approaching his important work as a Legislator.

Currently, with Election Day looming ever closer, Madden said that he’s been feeling a great deal of positivity among the people of District 15 while he’s been tirelessly campaigning. And while anything can happen at the ballot box, he remains hopeful that he will prevail at the polls, but if not, he’s not even close to giving up.

“I’m getting a lot of positive feedback from the community, and I think people are really responding to the things I’m saying. I like to think that I’m very relatable in that way,” he said. “However, anything can happen and you never know…I’m just being realistic about it. But I’ll just plug away, and if it’s not this time then it will be next time…as long as a party is going to endorse me, I will be there.”

If elected, Madden promises to maintain a high level of transparency and communication with his constituents, and says that he will never stop fighting to make Suffolk County a better place to live, work, and raise a family in.

“I want people to understand that I’m a community person – member of the Board of Ed, the Kiwanis Club, the PTA, the Copiague Chamber of Commerce – I really am all about community,” he said. “I want to be able to do what I’ve done in Copiague for the rest of our district as well. I have nothing negative to say about my opponent Dwayne Gregory…what I’d like to do is take over from what Dwayne has started, and to continue making Suffolk County a better place to live for everyone.” 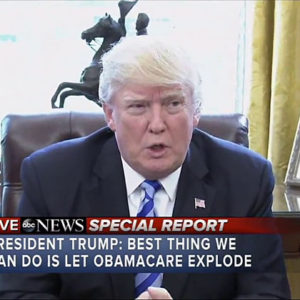 by Chris White WASHINGTON - The Trump administration announced Thursday night that it will cease making payments to a subsidy...