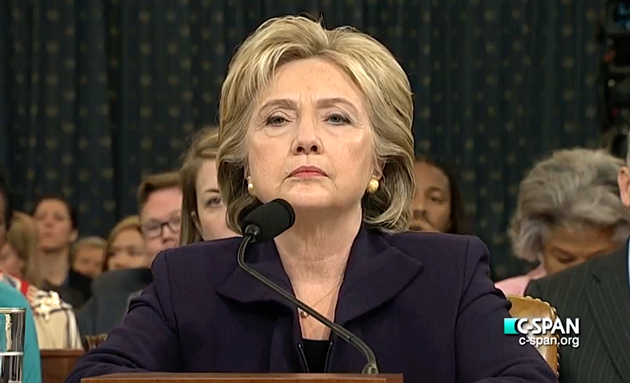 WASHINGTON – A pro-Trump PAC filed a FOIA request with the FBI Friday morning, seeking documents related to the investigation into former Secretary of State Hillary Clinton’s use of a private email server.

The Committee to Defend the President (CDP) filed the request, after the FBI denied a similar FOIA in August, citing a “lack of public interest.” In the request, CDP explicitly addresses the FBI’s claim that the release of documents related to the email investigation does not serve any public interest.

The request asks for the release of “All documents, records, and correspondence that were exchanged between the DOJ or FBI, and Congress or any of its committees, regarding any investigation of Hillary Clinton’s (“Clinton”) e-mails or e-mail server.”

CDP Chairman Ted Harvey said their request was motivated by a desire to bring to light the details of the FBI investigation and informed by previous requests, which the FBI evaded through an appeal to Clinton’s right to privacy and a lack of legitimate public interest.

“When we saw a previous effort by individuals who tried to…FOIA and we saw the FBI’s response that it was no longer of public interest, we looked into it more and we were like that’s outrageous,” Harvey told the Daily Caller News Foundation.

Among the previous requests Harvey refers to is one filed by New York attorney Ty Clevenger, who filed a FOIA in March 2016 for documents related to the Clinton email probe. He received a response from the head of the FBI Records Management Division in August of this year to inform him that his request was being denied.

“You have not sufficiently demonstrated that the public’s interest in disclosure outweighs personal privacy interests of the subject,” the letter, obtained by Fox News, reads. “Therefore, records regarding your subject are withheld pursuant to FOIA exemptions.”

Harvey is optimistic that the CDP’s FOIA accounts for any legal technicalities the FBI might employ to avoid handing over the documents.

The request details the degree to which Clinton has forfeited any reasonable expectation of privacy as an extremely high profile public figure, and asserts that any claim to privacy she may retain is far outweighed by the public’s interest in understanding how the FBI pursued the investigation and why Clinton was not ultimately prosecuted.

“Most basically, the public has a tremendous interest in the release of the requested documents to learn more about the conduct of one of the most significant federal investigations in American history, as well as Attorney General Lynch’s refusal to prosecute Clinton,” the FOIA reads.

Harvey said he believes the FBI should turn over the documents to reassure the public that Clinton was not given special treatment and allowed to circumvent the law by virtue of her political influence.

“I believe that all American citizens should have equal justice under the law. We do not treat the rich and powerful, i.e. Hillary Clinton, any different than we treat the average American. I believe that Hillary Clinton was treated with white gloves and that the Obama administration did everything they could to undermine any investigation.”

The FBI investigated Clinton in 2016 for allegedly using a private email address and server, housed in the bathroom of her Chappaqqua, NY home, to handle classified documents. Former FBI Director James Comey called Clinton’s decision to use a private server “extremely careless” in July 2016 congressional testimony but opted not to file charges.

Harvey detailed a number of troubling factors that led his organization to believe the investigation was suspect.

“The fact that Loretta Lynch met with the Secretary of State’s husband while an investigation is going on is wholly inappropriate, the fact that it has now come out that Comey had already pretty much written his response to why he had concluded the investigation well prior to ever interviewing the Secretary of State was completely inappropriate,” Harvey told the DCNF. 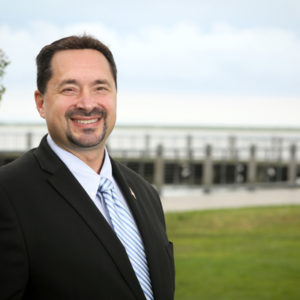 LINDENHURST, NY - There’s something that can be said about a passionately active member of their community looking to take...