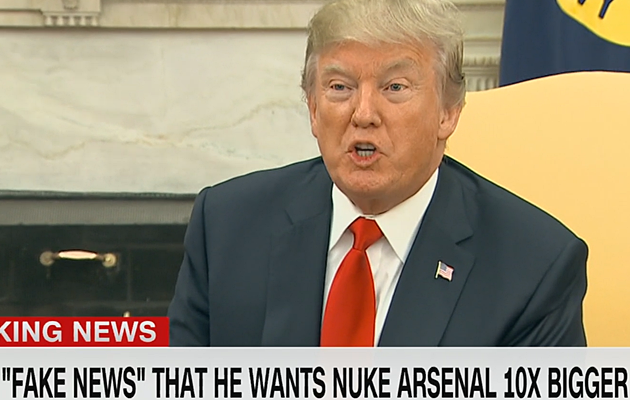 Trump: NBC’s Style of Reporting and Journalism “Disgusting” Press Able to Write Whatever it Wants

“Recent reports that the President called for an increase in the U.S. nuclear arsenal are absolutely false,” Mattis said in a statement. “This kind of erroneous reporting is irresponsible.”

The NBC report suggested that Trump’s request caused Secretary of State Rex Tillerson to call the president a “moron,” part of another report which both the secretary of state and the president have criticized for inaccuracies.

Trump rejected Wednesday’s report as fake news, calling NBC out on Twitter and putting them on the same level as CNN, which the president has repeatedly attacked for its false reporting.

Fake @NBCNews made up a story that I wanted a “tenfold” increase in our U.S. nuclear arsenal. Pure fiction, made up to demean. NBC = CNN!

“It is frankly disgusting the press is able to write whatever it wants to write,” he said, adding that a number of outlets are writing stories based on sources that simply do not exist.

Trump explained that, while he expects the U.S. to maintain top-notch nuclear capabilities, he believes that a substantial tenfold increase in the size of the nuclear arsenal would be excessive and unnecessary.

Seydoux Recounts Past Experiences with Weinstein "Hard To Say No" Because of His Power; Girls Scared of Him 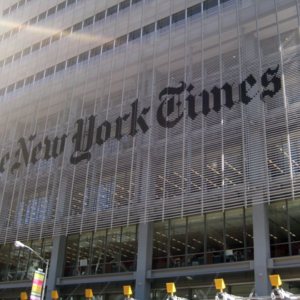 by Michael Bastasch NEW YORK - The New York Times editorial board came out against the Trump administration’s proposal...