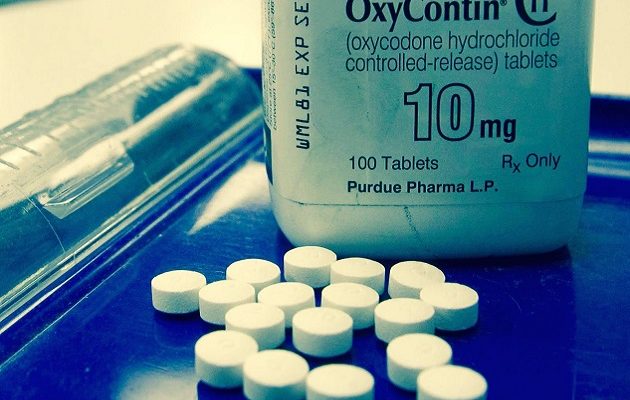 NEW YORK – The Sackler family has amassed a multi-billion dollar fortune through Purdue Pharma – the drug manufacturer widely accused of helping launch the opioid epidemic – but a Daily Caller News Foundation investigation found no evidence the family is using their vast personal wealth to help victims of their drug fight addiction.

Generous donations have allowed the family name to appear prominently at numerous prestigious art galleries and medical research institutions, but a month-long DCNF review did not turn up a single addiction treatment center named “Sackler,” nor any that had received contributions from the billionaire clan.

OxyContin – a breakthrough opioid-based painkiller and Purdue’s largest revenue source – generated about $35 billion in sales from between 1995 and 2015, according to Forbes. The drug is widely considered a crucial player in sparking the opioid epidemic and made the Sacklers the 19th-richest family in 2016 America, with a $13 billion net worth.

Purdue and three top executives pleaded guilty in 2007 to criminal charges that Purdue misled doctors about OxyContin’s addictiveness and its potential for abuse between 1996 and 2001. The company and the executives were ordered to pay $635 million – less than one-quarter of the revenue OxyContin generated during those six years – but no one went to jail.

Not only were no Sacklers punished, but the family also largely avoided public scrutiny.

The guilty plea, however, didn’t reverse the damage. The number of deaths related to OxyContin’s crucial, highly-addictive ingredient, oxycodone, increased five-fold in that time period, according to the Drug Enforcement Administration. The Sackler’s OxyContin caused or contributed to 464 deaths in 2002.

Purdue’s highly-aggressive marketing campaign promoting OxyContin began in 1996. Doctors had previously resisted prescribing opioids because of their addictiveness, but the company effectively reversed that.

The Sacklers’ Purdue, through a major association that accredits health organizations, funded and distributed educational material that downplayed the risks of opioids and encouraged doctors to prescribe opioid painkillers. Previously, opioids were typically only given to terminally ill patients.

The aggressive tactics were highly successful. Other drug manufacturers later began trying to get their opioids prescribed for routine injuries, according to the Los Angeles Times. One out of every five doctors visits resulted in an opioid prescription in 2010, and OxyContin made up one-third of all sales revenue from painkillers.

Purdue’s tactics produced massive profits for the Sacklers. OxyContin’s annual sales consecutively hit new records in the three years following Purdue’s 2007 guilty plea and peaked at more than $3 billion in 2010. The drug’s sales slowly declined in following years, but remained above $2.5 billion as recently as 2014.

TheDCNF reviewed grants the Sacklers’ numerous charities awarded and couldn’t find any donations to organizations fighting the opioid crisis. TheDCNF also reviewed dozens of opioid addiction treatment centers and found no mention of the name “Sackler,” except in blog posts or information pages when citing the family’s relationship to Purdue, OxyContin and the epidemic.

Purdue funds some programs, but those largely combat illegal distribution rather than treat addicts. Those programs also come from the company’s coffers and not the Sacklers’ accounts.

Purdue has given less than $1 million – a small fraction of Oxycontin’s annual sales – to the National Sheriffs’ Association since November 2015 to provide overdose rescue kits and training to deputies.

Purdue refused to disclose whether the Sacklers had donated to addiction treatment efforts, and none of the Sackler-run charities mentioned in this article returned a request for comment.

Yet numerous medical research and art institutions are named after the Sacklers following large donations, including: the Sackler Wing of the Museum of Art in New York; the Freer and Sackler Gallery at the Smithsonian Institute; and The Sackler Institute for Developmental Psychobiology at Columbia University.

Brothers Arthur, Mortimer and Raymond Sackler bought Purdue in the early 1950s. Arthur – who died years before OxyContin’s release in 1987 – pioneered the aggressive marketing campaigns that are now a staple of the pharmaceutical industry and the pattern Purdue followed for OxyContin.

He also found enough different uses for Valium – a medication so infamous The Rolling Stones wrote a song about it – that it became the first $100 million drug, according to his biography in the Medical Advertising Hall of Fame.

Mortimer and Raymond both died after OxyContin’s massive success. Obituaries for all three brothers discussed their philanthropy, but never mentioned any donations that helped treat addicts.

Each brother founded at least one charity bearing their name, which are now primarily run by their survivors. Their children have also founded their own nonprofits.

Those foundations’ most-recently-available and often-redacted financial documents showed groups that received Sackler money, but addiction treatment organizations were never among those. The foundations aren’t required to disclose all of their donations.

The DCNF also reviewed financial documents for dozens of opioid treatment centers, but never found a single contribution from any Sackler or any of their charities. Those groups aren’t required to disclose all of their donors.

Regardless, TheDCNF’s review shows the Sacklers have, at the very least, never publicized donations to groups combating an epidemic that has fueled their fortune and that their company helped initiate.

The Sacklers’ foundations are secretive, typically don’t have a website or public listing, and rarely boast about their donations. Sacklers usually provide nearly 100 percent of the charities’ revenue.

The Sackler Family Foundation, for example “keeps a low public profile, does not operate a website and does not employ a formal staff,” according to Inside Philanthropy.

The Arthur M. Sackler Foundation granted more than $1.1 million in 2015 to various institutions, all of which were art donations, according to the group’s 990 tax forms. The charity is mostly run by Sacklers.

The Raymond & Beverly Sackler Foundation Inc. doled out more than $2.3 million in 2015, tax forms show. Of that, $2 million went to “program support” for the University of Nebraska Foundation and the National Academy of Sciences, while the remaining $300,000 went to “medical research.”

The charity’s top four officers were Sacklers in 2015, though one was Raymond, who died in June. They worked for between half an hour and an hour each week and did not draw salaries, tax forms show.

The Mortimer D. Sackler Foundation Inc., which is also primarily run by Sacklers, donated more than $1.8 million to various groups in 2015.

Charity Water – a nonprofit that brings drinking water to third world countries – was the largest recipient, taking in $520,000. The Global Poverty Project received the second-largest at $250,000.

The Sackler Institute for Developmental Psychobiology at Columbia University was established by the Sackler Foundation with Mortimer’s vision “to better understand the developmental processes leading to health and disease,” its website says.

Similarly, a Harvard fellowship bears the Sackler name and is awarded to “scholars conducting psychobiological studies of direct relevance to human clinical problems,” the website says. Recipients are not required to study in the fields of addiction therapy or substance abuse.

The Dr. Mortimer And Theresa Sackler Foundation donated $6 million to the New York Presbyterian Hospital in 2015, where a brain and spine wing is named after the family, and another $1 million was sent to the Central Park Conservancy the same year. The rest of the contributions went to British charities or were “[m]iscellaneous [d]onations under about $268,000.

Eight of that foundation’s 10 trustees were Sacklers. The Dr. Mortimer And Theresa Sackler Foundation did not have a working phone number and had no email address listed.

The Shack Sackler Foundation, a charity run and almost entirely funded by Mortimer’s daughter, Kathe Sackler, did donate $6,500 – or just over two percent of its total donations in 2015 – to emergency services, which could be involved in reviving overdose victims. The only contact information for the foundation was a wrong phone number.

Meanwhile, Elizabeth, Ilene, Kathe, Marissa, Mortimer D.A. (a son of Mortimer) and Richard Sackler, all children of the original Sackler brothers, are on various boards, many of which are philanthropic in nature, but none of which are related to opioid addiction.

Richard Sackler, in fact, became Purdue’s president in 1999 and the co-chairman of the company’s board in 2003. He was deposed in 2015 as part of a lawsuit Kentucky filed against Purdue, which ended with a $24 million settlement to resolve accusations the company misled the public about OxyContin’s addictiveness.

Sackler also founded his own charity, the Richard and Beth Sackler Foundation, which awarded nearly $271,000 to various groups in 2015. The Foundation for Defense of Democracy took home the most that year, with $100,000.

Mortimer D.A. Sackler, meanwhile, is “an active investor and venture capitalist” and sits on boards for at least two of the foundations that bear his father’s name.

Elizabeth Sackler, Arthur’s daughter, who runs her father’s foundation, founded the Elizabeth A. Sackler Center for Feminist Art at the Brooklyn Museum in New York City.

“The opioid crisis is a complex, societal problem that demands a diverse group of stakeholders to address it,” Purdue spokesman Bob Josephson said in a statement to TheDCNF. “This company accepted responsibility for the actions some of its employees took prior to 2002, and since that time we’ve led the industry in developing opioids with abuse-deterrent properties, advocating for the use of prescription drug monitoring programs and supporting access to Naloxone — all important components toward addressing the opioid crisis.”

“Addressing the opioid crisis is one of our top priorities and we will continue to work collaboratively with all stakeholders on comprehensive solutions,” he continued.

Steve Birr contributed to this report.

This is the first article in the American Cartel series about the billionaire Sackler family, Purdue Pharma and the opioid epidemic.

Steve Birr contributed to this report. 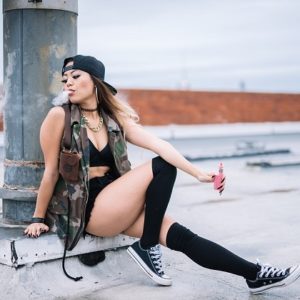