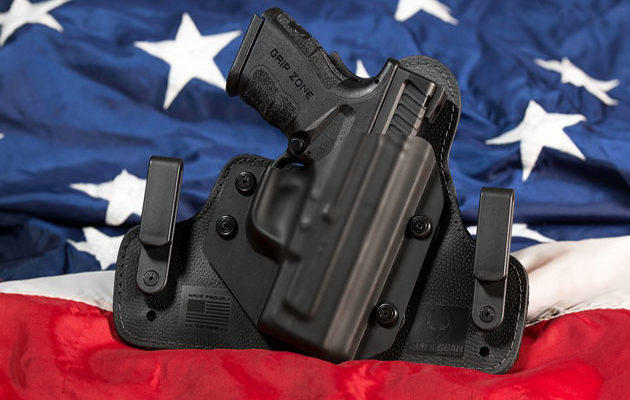 WASHINGTON – ABC late night host Jimmy Kimmel claimed that President Donald Trump “signed a bill that made it easier for people with severe mental illness to buy guns legally” during a Monday segment.

Kimmel’s claim was part of a longer monologue arguing for greater gun control measures in the wake of a Las Vegas mass shooting that left nearly 60 dead and over 500 wounded.

Trump did scrap an Obama-era regulation concerning mental illness reporting for gun background checks. Given the narrow scope of application for this regulation, however, Trump’s legislative move did not effectively prevent most mentally ill Americans from being barred from legally purchasing firearms.

The “bill” that Kimmel referred to in his monologue was House Joint Resolution (H.J.) 40, signed into law by Trump on February 28, 2017. The legislative move “disapprove[d]” of – removed – a rule finalized by the Social Security Administration (SSA) in December 2016 under then President Barack Obama. The rule, although it never went into full effect, was intended to “reduce gun violence” by improving “reporting to the background check system” in place for firearm purchasers.

The new rule required the SSA to report a list of Americans with mental impairment to the FBI’s National Instant Criminal Background Check System (NICS). Should any of these Americans then seek to purchase a firearm, their mental condition would appear on legally mandated background checks and block the transaction. Many states already report residents’ mental health records to NICS.

Under the SSA’s now-scrapped rule, individuals had to meet a few criteria before the SSA reported them to the NICS as someone mentally unfit to purchase a gun.

Under the rule, a person first had to file a disability claim with SSA for Social Security welfare benefits citing mental impairment. SSA then had to confirm that that claimant’s “impairment(s) meets or medically equals” requirements of the SSA’s Mental Disorder Listing of Impairments (or the ‘blue book’). Claimants, finally, must be so “incapable of managing benefit payments” that they receive their Social Security benefit payments through a “representative payee.”

If and only if these criteria were met would a person’s name have been forwarded by SSA to NICS. These are not easy criteria to meet.

The SSA blue book’s requirements for qualifying mental illnesses, for instance, usually include provisions relating to an inability to function in “normal work and social conditions.” Social Security disability benefits are meant to serve as an income supplement for Americans who cannot work either enough or at all; qualifications are purposely set to weed out potentially fraudulent claims for free government welfare.

SSA claims examiners evaluate the notes of claimants’ mental health professionals in addition to questionnaires that are sent to claimants’ acquaintances. This scrutinized evaluation even has been known to insufficiently consider the cyclical nature of many mental ailments and in turn deny otherwise deserving and needy claimants.

Kimmel’s claim that Trump made it “easier” for people with “severe mental illness” to legally purchase guns is true. By removing this SSA rule, some Americans on Social Security disability who would not have passed gun background tests after December 2017, when the rule was slated to go into full effect, now could pass.

On the other hand, the National Alliance On Mental Illness (NAMI) and National Institutes Of Health (NIH) estimate that there around 10 million U.S. adults suffer from “serious mental illness” each year.

The Obama Administration SSA rule thus only accounted for less than one percent of the millions of Americans with serious mental illness from legally purchasing firearms.

This is not to suggest that all people with severe mental illness are dangerous candidates for gun ownership. The nature of mental ailments vary, and under SSA blue book guidelines, even people with eating disorders and other mental issues with dubious connections to increased tendencies of violence could have had their names forwarded to NICS under the rule.

Studies actually suggest mentally ill people are more likely to be victims than perpetrators of gun violence. Numerous mental health and activist organizations have advanced this and other arguments against the Obama Administration’s SSA rule.

Trump’s scrapping of the SSA rule, moreover, does not erode federal restrictions on people with severe mental illness from purchasing firearms. The Gun Control Act of 1968, as amended by the Brady Act of 1993, prohibits people “adjudicated [deemed] as ‘mental defective‘” from purchasing a firearm. 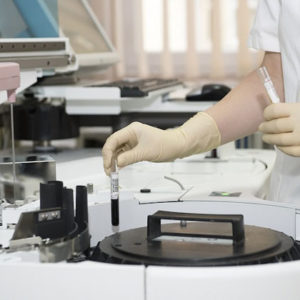 by Andrea Sears NEW YORK - New York City is getting some federal help to eliminate its backlog of untested rape kits. The...