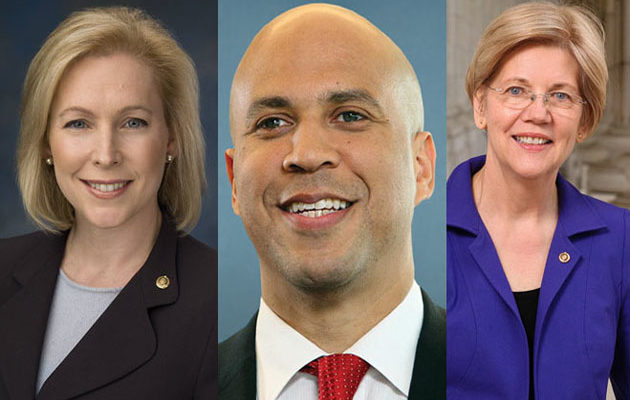 NEW YORK, NY – Senators Kirsten Gillibrand (NYS), Cory Booker (New Jersey) and Elizabeth Warren (Mass.) – all three currently viewed as viable and all but certain contenders for the 2020 Democratic Presidential nomination-  might well have experienced a political epiphany currently unfavorable to the state of Israel when they attended the 2012 Democratic National Convention held from September 4-6 that year in Charlotte, North Carolina.  There, they were first hand witnesses to a controversy regarding Israel and the Palestinians that engulfed the convention’s 5554 delegates. (Warren, who was first elected to the Senate in the general election two months later, however, was present, but not yet a Senator at the time.)

Shortly earlier, the Democrat Platform Committee, which is responsible for writing the party’s official stand on key domestic and foreign policy issues, failed to identify Jerusalem as the capital of the state of Israel – a move that was widely viewed as a clear statement that the party had abandoned its long-held position that the Jewish state possessed a legal, historical and moral right to designate that ancient city as its capital. The platform committee’s position engendered passionate rebuttal by the faction of mainly older Democrats who remained steadfastly pro-Israel and wanted the platform rewritten to include language indicating the party retained its traditional position that Jerusalem was in fact the rightful capital of Israel.

In a move to put an end to this battle, which was beginning to make embarrassing media headlines throughout the country, the Chairperson of the Convention, then Mayor of Los Angeles Antonio Villaraigosa, brought the issue to the floor of the convention, calling for a voice vote of all of the convention’s delegates to determine which one of these two opposing factions was in the majority. 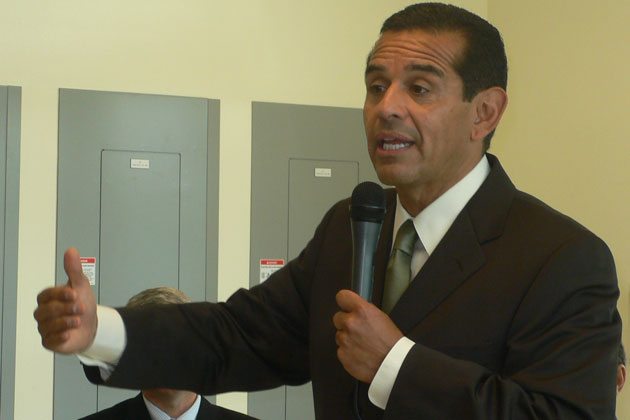 The Chairperson of the Convention, then Mayor of Los Angeles Antonio Villaraigosa, brought the issue to the floor of the convention, calling for a voice vote of all of the convention’s delegates to determine which one of these two opposing factions was in the majority. Photo originally posted to Flickr as Antonio Villaraigosa, Author Neon Tommy, Creative Commons Attribution-Share Alike 2.0 Generic license.

That answer would be loudly and clearly provided, as the sounds of those who opposed the rewriting of the platform were distinctly more audible than those who advocated it. Refusing to acknowledge the true results of the voice vote, however, Chairperson Villaraigosa, known to be a moderate, disingenuously declared that the pro-Israel side had won.  The howling angry uproar of this de-facto delegate majority no less than the actual results of the voice vote could not have been lost at the time on Gillibrand, Warren or Booker.

Four years later at the 2016 Democratic National Convention held from July 25-28 in Philadelphia, Pennsylvania, a similar scenario with many of the same participants was to play out. The Democratic Platform Committee, here again in the center of the controversy, expunged from the  platform’s original draft the commitment to have America through diplomatic methods fight against the “delegitimization” of the Jewish state at the United Nations;  the original proposal also contained language designating Jerusalem as the capital of Israel and opposing the  Boycott/Disinvestment/Sanction movement (BDS), started several years ago by a coalition led by pro-Palestinian and leftist groups, with the undisguised goal to first isolate and then totally destroy Israel.

Reminiscent of the 2012 convention, the will of the majority of the delegates was thwarted: through a procedural tactic the pro-Israel language was retained from the original draft. And eerily similar to the convention held four years before, the anger directed against Israel and its convention supporters was palpable. Raising a Palestinian flag in the convention hall, Israel loathing delegates were greeted with the cheers of many of their fellow Democrats –  cheers which could not have gone unheard by convention guest attendees Senators Gillibrand, Booker or Warren.

If these three senators still required further proof of their party’s shift away from Israel, they could have found it in January, 2017 Pew Poll. The poll found that just one third of Democrats regard themselves as being more sympathetic to Israel than they do the Palestinians.  In addition, with perhaps greater national political significance, Pew also found self-identified left- leaning anti-Israel Democrats, the key activist base of the party, own a 12-point majority over those who support the Jewish state. (In striking contrast, the poll found that Republicans favor Israel by a 70% margin.)

All of which might explain the political calculus behind Booker and Gillibrand and Warren’s- all three formerly viewed as strong supporters of Israel – recent 360-degree turn against Israel.  Each was left to choose an issue to champion to convince the anti-Israel legions in the Democratic Party of the earnestness of their conversions.  For Booker, it was his vote against the Taylor Act. For Gillibrand and Warren, it was coming out against an anti-BDS bill. 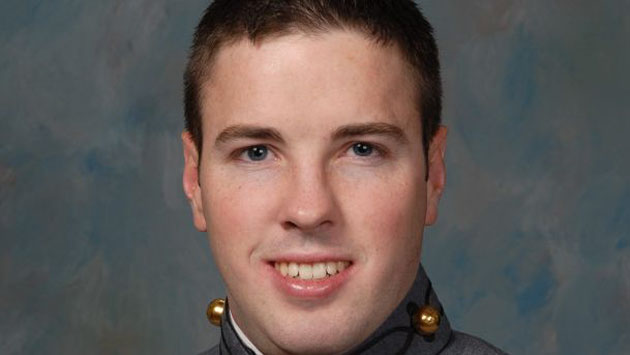 First with Booker and the Taylor Act: Introduced this past August by Republican Senators Lindsey Graham (SC), Dan Coats (IN) and Ray Blunt ( MO),  the Taylor Act  proposes that the Palestinian Authority (PA) will be financially penalized unless it ends the program known as the “Palestinian Authority Martyr’s Fund”, through which it allocates approximately half of the approximately 300 million dollars of aid it receives annually from the United States to pay permanent monthly stipends to the families of Palestinians killed or arrested by Israel while engaged in terrorist acts.

The Taylor Act, which leaves untouched the more than 150 million dollars of humanitarian aid coming from America, was named after Taylor Force, a former United States West Point graduate and veteran of several combat tours in Afghanistan and Iraq.  While visiting Israel as a member of a Vanderbilt University’s Owen Graduate School of Management study group, Force, 29, on March 8th, 2016 was stabbed to death in a street in Tel Aviv in a terrorist attack that left ten others, including Taylor’s wife, wounded.

His murderer, 21 year- old Palestinian Bashar Masalha, was shot to death by Israeli police shortly after the rampage.  And, in accord with the “Martyr’s Fund”, his family is now receiving for life an approximate $3,000 a month subsidized by American taxpayers. (And, almost impossible to understand, was subsidized by Israel as well, until Prime Minister Benjamin Netanyahu recently ended the practice of paying money to the families of terrorists.) 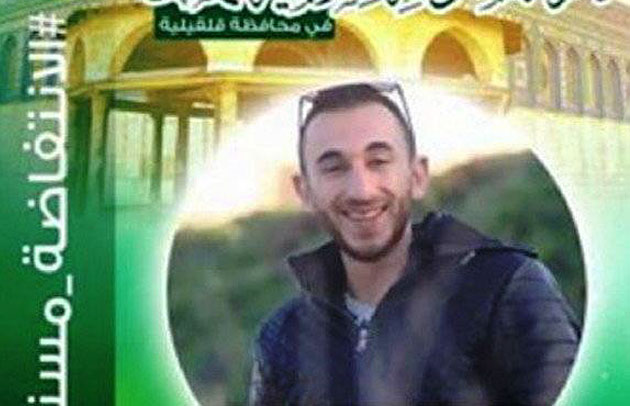 Palestinian terrorist Bashar Masalha attacked and stabbed civilians in Tel Aviv-Jaffa, stabbing to death Taylor Force, and wounding 11 others. The terrorist was shot to death by Israeli police shortly after the rampage.

And, as should be well known to Booker, in the twisted world of the Palestinians, Masalha’s family deserves every penny it will ever receive; living in that twisted world, PA President Mahmoud Abbas described Masalha as, “the heroic martyr”; living in that twisted world, a PA news reporter covering the funeral of Masahla, described it as, “a large national wedding befitting martyrs.”  Such “martyrs”, according to the Muslim faith, will reach Paradise and marry “72 dark eyed virgins”.

For Booker, however, despite this sickening celebration of the killer of Force, passing the Taylor Act would only make matters worse in the middle east. Explaining his vote against the Taylor Act, Booker through a spokesperson contended, “the legislation as written could have dramatic unintended consequences in a volatile region and actually make the situation worse.”  Perhaps Booker will one day have the courage to explain how the “situation” could be made “worse”  to the grieving family of Taylor Force, a victim who was neither Jewish nor Israeli. And perhaps one day Booker will have the courage to offer the same argument to even but a handful of the thousands of living family members or descendants of Israelis-young and old, male and female- whose murderers, beginning at least two decades before Israel even declared her independence in 1948, have, like Masalha, been celebrated by Palestinians as eternally sexually rewarded “Martyrs”.

Senators Gillibrand and Warren selected a different issue to win over the anti-Israel Democratic Party activist base, with both recently announcing their opposition to an-anti BDS Senate bill. The bill, recently introduced by US Maryland Senator Ben Cardin– one of the few proactive and staunchly outspoken pro-Israeli Democratic Senators still left in Congress, and, ironically, initially co-sponsored by Gillibrand herself- simply updates a similar 1979 law making it a federal crime for American companies and corporations to participate in the Arab League’s Boycott of Israel. 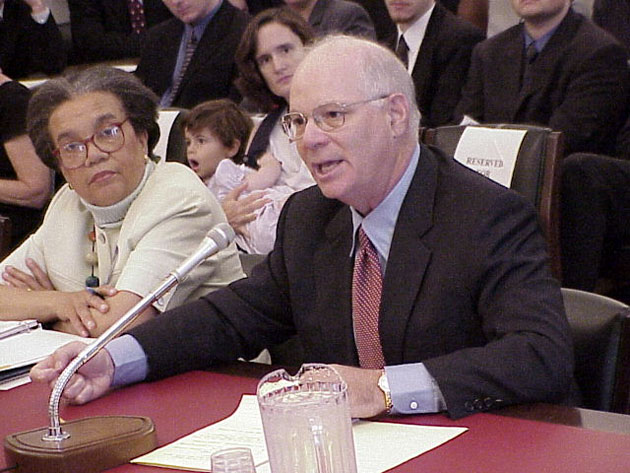 While it has been no secret that Gillibrand and Warren have faced enormous pressure to oppose this legislation from Israel bashing Democrat Party activists, neither of them admitted that it was simply practical political considerations that influenced their decision to turn against it.

Rather, Gillibrand contended that the bill infringed on “civil liberties”, while Warren claimed it was an attack on “free speech”.  Even as they uttered these words, Gillibrand and Warren must have been aware that the United States Supreme Court has in past decisions determined laws  such as the anti-BDS  are completely constitutional;  and, the Supreme  Court has also found that such laws, notwithstanding Warren or Gillibrand’s concerns, neither inhibit free speech, nor infringe upon civil liberties.

It also should be noted that their concerns about “free speech” and “civil liberties” never moved either of these two senators to condemn the thugs who have used violence or the threat of violence to successfully prevent pro-Israeli, anti-BDS spokes persons from speaking to students in colleges across America, from UC Berkeley in Northern California to Columbia University in New York City.

So it appears extremely likely that the concerns of Gillibrand and Warren over the anti-BDS legislation, just like the concerns of Booker over the Taylor Act, were actually first conceived at the Democratic Convention in Charlotte North Carolina in 2012, further developed at the Democratic Convention in Philadelphia, Pennsylvania in 2016, reaching fruition early this year with the publication of the Pew (and other) polls that found Israel has more vociferous and more activist enemies in the Democratic Party than they have friends. 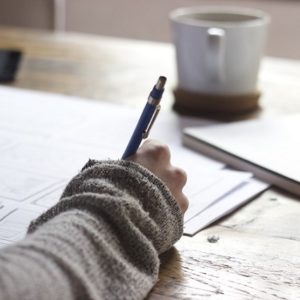 by Andrea Sears NEW YORK - More than a hundred health-care consumer, patient and provider groups are calling for congressional...