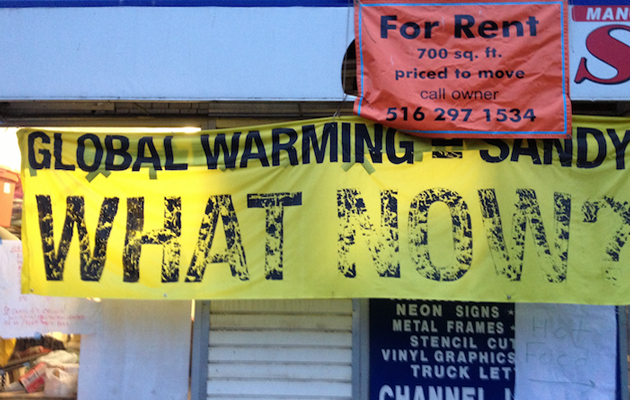 NEW YORK – New Yorkers held a vigil outside the Exxon Building in Manhattan Wednesday night in solidarity with the victims of Hurricane Harvey.

With the fifth anniversary of Superstorm Sandy rapidly approaching, a coalition of environmental and civic action groups gathered to mourn the lives, homes and livelihoods lost in Houston.

Dressed in black and holding black candles, they also called for action against the climate change that many scientists and environmentalists say is feeding bigger, deadlier storms.

Matthew Miles Goodrich, an organizer with the environmental advocacy group Sunrise NYC, says the city could play a role by divesting its huge pension fund from fossil fuels and reinvesting in a sustainable economy that works for all New Yorkers.

Conservatives close to the Trump administration deny any link between Hurricane Harvey and climate change, pointing out that hurricanes also happened when greenhouse gas emissions were lower.

But Goodrich says corporations that profit from carbon emissions have been behind the few studies that claim human activity is not accelerating climate change.

“The fossil fuel industry, and especially the corporate executives at the very top, have known about climate change for decades and have willfully misled the public,” he stresses. “Exxon in particular has been a real corporate criminal.”

Goodrich adds that the experience of Superstorm Sandy is still fresh in the minds of many New Yorkers.

“We can commiserate and empathize with the citizens in Houston right now,” he states. “And so we’re extending our thoughts and our prayers to them, and also making sure that the culprits of the hurricane don’t go unchallenged.”

The groups holding the vigil will be collecting donations for hurricane relief in Texas, and enlisting support for a commemoration of Superstorm Sandy in New York in October. 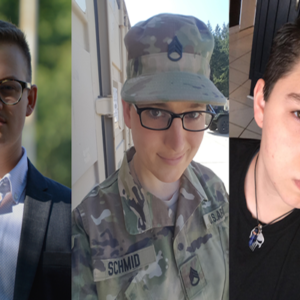