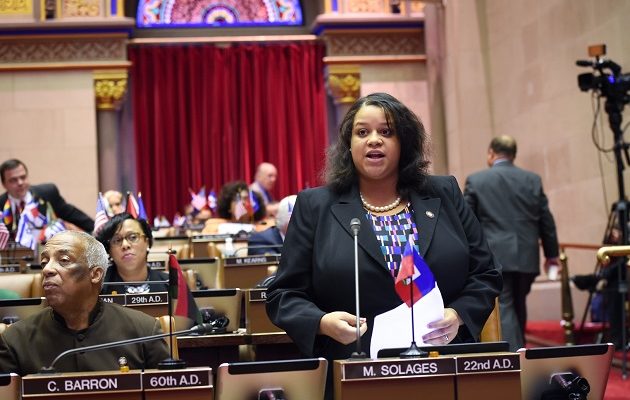 NEW YORK – When Assemblywoman Michaelle Solages (Democrat, 22nd AD,2012- Present) recently learned that some western Nassau County Long Island Rail Road (LIRR) commuters were riding in very old and poorly air- conditioned trains, because LIRR officials had decided to instead divert newer cars to transport mostly Manhattanites to their summer vacation homes in Suffolk County’s affluent Hamptons, her angst was directed at LIRR honchos, and not the riders who benefited from the decision.

The Assemblywoman, whom I recently interviewed in her Nassau County Valley Stream local community office, stated, “It is an outrage that Nassau County riders were subjected to such horrible conditions. But this should not be a case of class warfare. You cannot blame those who got to ride in newer, better equipped trains. Rather, Long Island Railroad officials themselves should be held accountable for what has become a summer of hell for many commuters throughout Long Island.”

The term “the summer of hell” to which she was referring was first coined by Governor Cuomo in the final week of May, alerting commuters to the dismal rail transportation conditions awaiting them with the then soon arriving of summer. (Cuomo’s message was also intended to warn New York City Transit riders of the same.) Shortly later, the heat waves first felt in the waning days of May and continuing through June made Cuomo’s four words of warning the operative term used by Long Island commuters complaining about the frequent cancellations, long delays, and poor conditions of many of the trains themselves. Such problems, noted Solages, have plagued the LIRR for at least a decade, and have become even worse over the past five years.

Citing a study conducted by the Wall Street Journal which revealed that LIRR’s evening on time rush hour performance has dropped from its 2012 high of 93% to its current low of 87%, Solages stated, “This means that riders on average do not arrive home on time from work two times a month. And often that lateness could be up to an hour or even more. And this is just the tip of the iceberg. The Wall Street Journal did not delve into the LIRR’s on time record for the morning commute, nor the disrepair of many of the trains. For this information, we can only go to the records of the LIRR, which it is generally believed, totally lacks transparency.”

In that final sentence of her comment, Solages was echoing the often repeated charge that LIRR officials have been purposely opaque in their own studies of the railroad’s overall performance. Whether by design, error or indifference, they have failed to provide reliable data to their riders and to public officials”, she contended. “This leaves us to rely primarily upon the overwhelmingly negative anecdotal evidence to measure how they are serving their riders.”

Such “overwhelmingly negative anecdotal evidence” containing accounts of morning and evening delays and cancellations throwing the railroad’s schedules off from 30 minutes up to three hours, as well as the failure of the air conditioning systems to work properly, have been reported regularly in local print and broadcast media since this latest crisis began.“I learn what horrors the commuters are forced to put up with,” she said, “from the media accounts, and hear it from my constituents virtually every day.”

She then informed me that she has a personal understanding of what commuters are going through, because she is one herself. Solages explained that when the Assembly is in session, she takes the LIRR from her local Valley Stream Station, to Penn Station, where she boards an Amtrak train to Albany; she added that she reverses this route for the return trip home. “I know what awful inconveniences commuters are forced to tolerate because of my own experiences,” she stated. “For me what should be a thirty five minute ride in either direction sometimes turns into an hour or more. So I know what every commuter knows- the LIRR needs to be fixed. The question is how to fix it.”

Solages has actually begun to provide a legislative answer to that question. Though mostly unnoticed and unreported by the media, which has been consumed with its coverage of the events surrounding “the summer of hell”, Solages has been working on “Bill A8309”, since she first introduced it in the Assembly this past June. Scheduled to be brought to a vote when the Assembly reconvenes from its summer and fall hiatus this upcoming January, the bill sets a specific barometer of a 95% on time performance level for trains arriving to and departing from Penn Station. In the event that target is not met before the end of the calendar year, the bill stipulates that the Long Island Railroad, along with the state owned Metropolitan Transit Authority- the state entity that that oversees the LIRR- will discontinue all payments to Amtrak- a key player because it owns the frequently broken rails and tunnels used by the LIRR to enter Penn Station, the hub of the entire system. The payments will then be reissued as free tickets to riders subjected to long delays. “This would seem to be a fair form of compensation for those riders who were seriously inconvenience,” Solages said.

On hopeful note, however, Solages added that over the past three weeks she has begun to hear from some of her LIRR rider constituents that they have experienced an improvement in the railroad’s timeliness. “I have been encouraged by the recent positive feedback we have received from some riders. We seem to be moving in the right direction, but, of course, we will continue to hold the LIRR to that 95% goal,” she stated.

Solages, whose approximately 130,000 constituents from her western Long Island District (which includes 11 towns and villages spanning South to North from Valley Stream to portions of Franklin Square) are an ethnically diverse group of predominately mid-income, working- class whites, Haitians, African Americans, South Asians and Hispanics, noted the particular importance of the LIRR to them. She explained that there is extremely limited bus service available in her district, thus eliminating the option- available to commuters in the majority of other Long Island areas- of taking a bus to an alternative form of transportation. 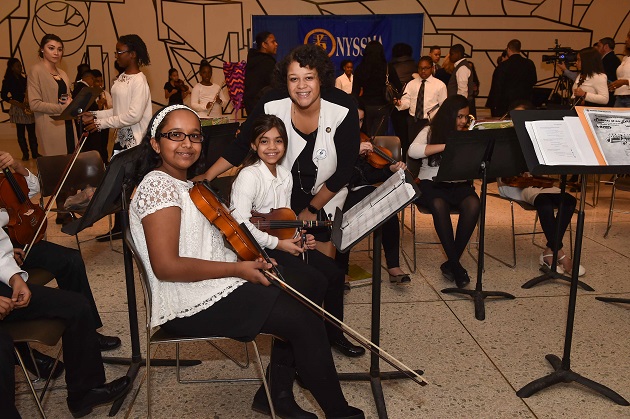 From the 2017 Legislative Session. Assemblywoman Solages is attending the Music In Our Schools Performance by the Elmont UFSD students.

“For the wonderful, hardworking people in my district, most of whom use the LIRR to go to and from work or school, it is their lifeline to earn a living or obtain an education,” the Assemblywoman stated. “And so I won’t rest until they, and of course all other Long Islanders, are provided with the service they need and deserve.”

Pictured Above: From the 2017 Legislative Session. Assemblywoman Solages offering remarks on pieces of important legislation. Photo Credit: The Office of Assemblywoman Solages.
Robert Golomb is a nationally and internationally published columnist.
E-mail him at MrBob347@aol.com and follow him on Twitter@RobertGolomb 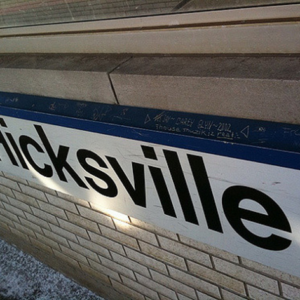 NEW YORK - Governor Andrew M. Cuomo today announced that Hicksville will receive $10 million in funding and investments as the Long...