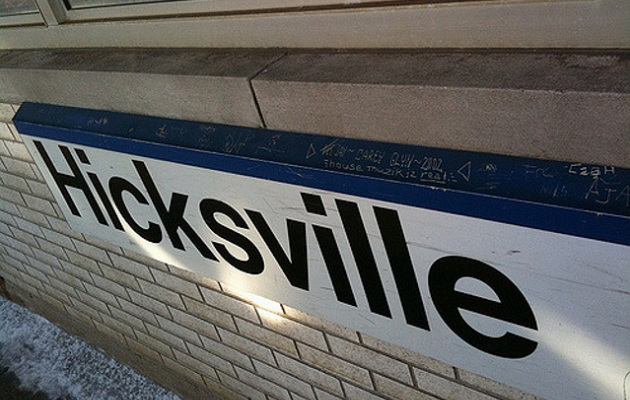 NEW YORK – Governor Andrew M. Cuomo today announced that Hicksville will receive $10 million in funding and investments as the Long Island winner of the second round of the Downtown Revitalization Initiative. As in the first round of the DRI, one municipality from each of the state’s 10 regional economic development regions will be selected as a $10 million winner, marking another overall state goal to target $100 million in funding and investments to help communities identify catalytic downtown projects to boost the local economy.

“The Downtown Revitalization Initiative injects new life into municipalities across the state and helps them bolster their downtowns and lay the foundation for generations of economic prosperity,” Governor Cuomo said. “Downtown Hicksville is a center of commerce, culture and activity, and this investment will enhance those existing assets and support new projects to spur growth and development for the community.”

Downtown Hicksville in the Town of Oyster Bay was selected as the second-round DRI winner after its proposal for downtown revitalization, together with the proposals from other Long Island communities, went through a competitive process, which included the Long Island Regional Economic Development Council’s weighing of these eight criteria before recommending Hicksville as its nominee for winner:

Hicksville’s second-round DRI win entitles it to receive $10 million in state funding and investments to revitalize its downtown and generate new opportunities for long-term growth. Hicksville in the Town of Oyster Bay now joins the Village of Westbury, which was the Long Island region’s winner in the first DRI round.

Lieutenant Governor Kathy Hochul said, “Hicksville is already in the midst of plans to reimagine its downtown as a transportation, business and mixed-use residential hub, and this demonstration of local leadership was one of the deciding factors leading to today’s announcement. The Downtown Revitalization Initiative recognizes the important link between strong central commercial districts and the economic health of an entire region, and through this DRI investment Hicksville will be a catalyst for new jobs and opportunities across Oyster Bay and Nassau County.”

Empire State Development President, CEO, and Commissioner Howard Zemsky said, “The Downtown Revitalization Initiative infuses communities with targeted resources and investments to tackle long-term, local economic development goals. As Long Island’s winner of the second round of the DRI, Hicksville will receive $10 million to kick-start new job creation, catalyze sustainable growth, and revitalize the downtown area for residents, visitors, and businesses. Congratulations to Oyster Bay, and I look forward to the transformative work ahead to make Hicksville an even better place to call home.”

NYS Homes and Community Renewal Commissioner RuthAnne Visnauskas said, “The Governor’s successful DRI program is helping communities across the state transform their downtowns into vibrant and livable urban centers where New Yorkers want to work, live and raise families. With this new round of awards, ten more communities will have access to valuable state resources and expertise to embark on the path towards long-term growth and prosperity. We look forward to working with Hicksville as it creates its own unique blueprint for a strong, sustainable future.”

Senator Carl L. Marcellino said, “This tremendous investment will benefit both the Hicksville community and Long Island as a whole. Enabling the community to capitalize and highlight their downtown with a revitalization plan that will appeal to residents, workers and visitors alike.”

Senator Kemp Hannon said, “The Downtown Revitalization Initiative provides government agencies and municipalities with a smart, effective way to foster different economic development efforts into a comprehensive, connected plan. As a community-based grassroots effort, localities best understand how to achieve their goals and how to marshal resources to achieve the best results. I congratulate Hicksville as the winner for Long Island, and the $10 million it receives will allow this transit-rich and demographically diverse village to revitalize its downtown.”

Senator Elaine Phillips said, “This funding is a long time coming for the revitalization of Hicksville. This kind of revitalization effort is the foundation to Hicksville becoming a booming economic area that creates promising jobs for people. This is also a vital step in transforming the downtown area to become a destination for people to live, work, dine and play.”

Assemblyman Michael Montesano said, “I applaud the governor for this transformational funding for downtown Hicksville. This investment will catalyze economic development and create quality jobs. It is an investment in a bright future for our families, in prosperity for our small businesses and it is a concrete sign that the state of New York is committed to strengthening the middle class in our community. This is an exciting day for Hicksville.”

Nassau County Executive Edward P. Mangano said, “Throughout his time in office, Governor Cuomo has shown an unparalleled commitment to Long Island, and this transformative investment is no exception. The Downtown Revitalization Initiative will change the trajectory of the Hicksville community, creating an integrated, diverse region, booming with commercial activity, and capable of meeting the demands of the next generation. I am thrilled to work with our local partners on this plan, and I look forward to our continued partnership and collaboration with Governor Cuomo.”

Nassau County Legislator Rose Marie Walker said, “As a lifelong resident of Hicksville I want to personally thank governor Cuomo for his support of our community. I look forward to working with my colleagues from the town, state and more importantly the community to see our downtown revitalized in a way that will rejuvenate our neighborhood like never had been seen before.”

Town of Oyster Bay Supervisor Joseph Saladino said, “Hicksville’s downtown is a prime location for revitalization, new jobs and new housing opportunities. These economic development funds will assist the Hicksville community and all of our residents by creating new jobs, new housing opportunities and by transforming downtown Hicksville into attractive, walkable and bicycle-friendly environment. I thank Governor Cuomo for his commitment to our downtown and Councilmembers Rebecca Alesia and Anthony Macagnone for their dedication to advancing plans for downtown Hicksville. This puts the Town of Oyster Bay on the map across New York State!”

Kyle Strober, Executive Director, Association for a Better Long Island, said, “Hicksville has been, and has the means to be again, a key commercial and mass transportation center for Nassau County. The Governor’s Downtown Revitalization Initiative provides the resources to realize the enormous potential of this community and will directly assist his successful efforts to fund the LIRR Third Track that will originate in Hicksville. I applaud Governor Cuomo for his vision and this initiative which will allow Hicksville, as well as Long Island, to achieve that goal.”

Hicksville
Hicksville is a transit-rich and diverse community within the Town of Oyster Bay in central Nassau County. The Downtown Revitalization Initiative area is located within the hamlet’s central business district, and includes ethnic dining establishments, specialty food markets and cultural centers, as well as retail and office uses. Hicksville embraces both the mega-retail hub and downtown mom-and-pop storefronts. Public support for revitalization, coupled with DRI funding, will allow improvements in the pedestrian environment to make it safer and incentivize walking and biking as viable transportation options. Hicksville is already strategically positioned to benefit from and contribute to the projected growth in healthcare, high-tech and educational industry sectors; putting it on track to attract educated and well-paid professionals to the area. Pending improvements to the busiest station on the Long Island Rail Road will provide the opportunity for a true renaissance of the area. With anticipated increases in commuter traffic and demand for housing, the vision for Hicksville also includes new public space for events and increasing the diversity of housing stock.

The Town of Oyster Bay will now begin the process of developing a Strategic Investment Plan to revitalize downtown Hicksville with up to $300,000 in planning funds from the $10 million DRI grant. A Local Planning Committee made up of municipal representatives, community leaders, and other stakeholders will lead the effort, supported by a team of private sector experts and state planners. The Strategic Investment Plan for downtown Hicksville will examine local assets and opportunities and identify economic development, transportation, housing, and community projects that align with the community’s vision for downtown revitalization and that are poised for implementation. The downtown Hicksville Strategic Investment Plan, as well as the plans developed by the other nine DRI winners, will guide the investment of DRI grant funds in revitalization projects that will advance the community’s vision for its downtown and that can leverage and expand upon the state’s $10 million investment. Plans for DRI’s second round will be complete in early 2018.

For more information on the Downtown Revitalization Initiative, go to: https://www.ny.gov/programs/downtown-revitalization-initiative. 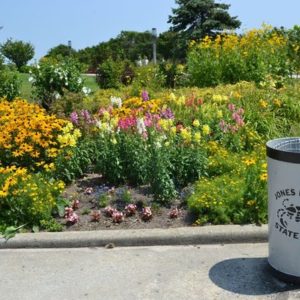