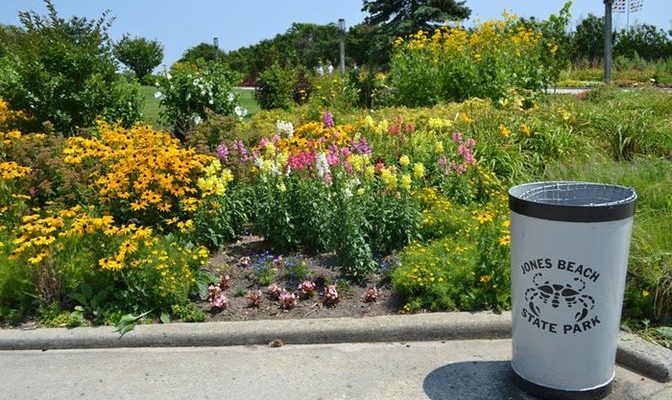 NEW YORK – Governor Andrew M. Cuomo today announced the latest round of improvements at Jones Beach State Park to transform and reinvigorate the public space as part of a $65 million overall revitalization initiative. Park improvements totaling $8.8 million, include reopening the historic Marine Dining Room, opening a new East Games Area, and creating the new “Welcome to Jones Beach” monuments to attract more visitors and support the growing Long Island economy. The revitalization of Jones Beach State Park is part of the Governor’s NY Parks 2020 Plan a multi-year commitment to leverage $900 million in private and public funding for State Parks from 2011 to 2020.

“This milestone and the improvements made at Jones Beach State Park represent New York’s commitment to deliver on our promise to provide the very best recreation and tourism opportunities to both residents and visitors, as we continue to revitalize parks and destinations across the entire state,” Governor Cuomo said. “I encourage everyone to visit Jones Beach this summer and experience for themselves the transformation that has taken place at one of Long Island’s premier destinations.”

The $3.7 million project completed by New York State Parks included restoring the West Bathhouse’s second-floor Marine Dining Room and adjoining outdoor terraces to their original 1930s character. The elegant dining room, featuring carved ceiling beams, will offer rentable space for catered weddings, reunions, proms and other events. Renovation of the dining room, which had been partitioned into offices and space for an ice cream parlor, caps a $19.7 million renovation of the West Bathhouse.

The Marine Dining Room is now led by the team that operates COFFEED, a New York-based company that offers a diverse array of coffees, locally-sourced food, and restaurants and event spaces in iconic locations. Their concept, The Landing at Jones Beach, will serve New York wines and beers, other locally sourced products, and will provide daily lunch, dinner service, and brunch on weekends. In addition, The Marine Dining Room will host events ranging from the most formal of weddings to casual birthday parties. For information, visit landingatjonesbeach.com.

In addition, a new 1.7 acre East Games Area adds amenities for Jones Beach visitors at the Central Mall for the first time. The $2.6 million project included building Brazilian walnut wood, or Ipe, boardwalk extensions that feature a number of new amenities, including:

Sustainability features include porous paving, new LED lighting and plantings for dune restoration. The East Games Area will be complemented by a new splash pad Adventure Course, located near the future Boardwalk Café.

Visitors will also see bold new gateway monuments when heading to the park on the Wantagh and Ocean Parkways. The “Welcome to Jones Beach” signs are designed to match the park’s signature Art Deco style. The $2.5 million project included sandstone and Barbizon brick to match the materials park visionary Robert Moses selected for the East and West Bathhouse and other buildings throughout the park, and lettering that matches historic signs in the park. The signs are illuminated at night with energy efficient LED lights. A third gateway sign will be built on Meadowbrook Parkway next year.

Later this fall construction is slated to begin on an $18 million Jones Beach Boardwalk Café. Since 2004, the East Mall site has remained vacant when building was demolished due to structural failure. The café will bring back a popular dining option and restore the symmetry of the Central Mall, at the heart of Jones Beach. The entire project is expected to be completed by fall of 2018.

State Parks Commissioner Rose Harvey said, “Jones Beach State Park is one of New York State’s most popular and important parks. Governor Cuomo is giving Jones Beach the attention it deserves with investments that honor its history and bring new vitality to the park.”

COFFEED’s CEO Frank Raffaele said, “We are super-proud to be operating a wonderful restaurant in the historically-significant Marine Dining Hall. We are honored to serve the millions of yearly visitors to Jones Beach State Park, and hope to make Jones Beach even more spectacular than it already is. We also plan on making The Landing at Jones Beach a year-round destination. We are extremely thankful for the vision of Governor Cuomo and Commissioner Harvey in providing the funds and planning necessary to return this structure to its former glory. It is a pleasure to work with everyone at State Parks on a daily basis.”

Senator John E. Brooks said, “Long Islanders are thankful for Governor Cuomo’s leadership in providing needed investment in – and improvement of – our precious beach’s public spaces. In addition to growing the local economy and attracting more visitors, Long Islanders appreciate the enhanced dining and activities amenities, as well as the attention paid to the historical details that are a large component of the parks’ beauty.”

Senator Phil Boyle said, “Every step we take to improve the quality of our State Parks is a direct step to improve the quality of the economy and our lives. I applaud Governor Cuomo, Rose Harvey and the State Office of Parks, Recreation and Historic Preservation for their innovation and progressive stance on the revitalization efforts at Jones Beach. Once again, we show that enhancements like these make New York State Parks the ones to emulate.”

Assemblyman David G. McDonough said, “This is a great day for Jones Beach, the crown jewel of New York, because we are seeing the completion of major projects that will improve this iconic park for years to come. I applaud Governor Cuomo for his continued commitment to enhancing Jones Beach and all our state parks for all New Yorkers.”

Assemblywoman Christine Pellegrino said, “Jones beach is an incredible natural resource that provides a beautiful space for Long Island families to relax and enjoy the outdoors. I am proud to support the innovative improvements being made and in particular, the environmentally sustainable changes. This initiative will enhance Jones Beach and support the local economy, while creating even more positive experiences for Long Island residents in the future.”

Nassau County Executive Edward P. Mangano said, “Jones Beach is not only a beloved place for Nassau County families to visit, but it is also a major driver of tourism, job creation and economic development. I applaud Governor Cuomo for his efforts to revitalize Jones Beach State Park.”

The revitalization of Jones Beach State Park is part of the Governor’s NY Parks 2020 Plan a multi-year commitment to leverage $900 million in private and public funding for State Parks from 2011 to 2020. The Governor’s 2017-18 Executive Budget allocates $120 million toward this initiative. 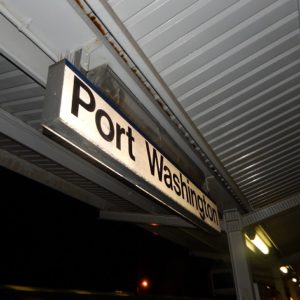