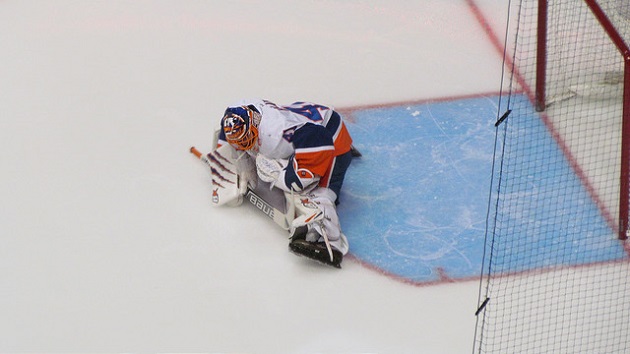 Nassau and Suffolk Legislators Come Together to Bring Back the Islanders

NEW YORK – Legislators from Nassau and Suffolk County stood together outside the Nassau Veterans Memorial Coliseum today in a show of solidarity for bringing the New York Islanders hockey team back to Long Island.

The beloved team, which for more than 40 years called the Coliseum home, moved to the Barclays Center in Brooklyn at the end of the 2014 season. Ever since, attendance numbers have been disappointing and fans and players have complained about the new accommodations.
Legislators called for the team to return to their rightful home at the Coliseum and explained how such a move is feasible given the widespread support.

Today’s press conference was the culmination of a grass roots movement led by fan James Romano, of Oakdale, who contacted legislators from both counties asking them to support a possible Islanders relocation back to the Coliseum.

“The Islanders have such an incredible history of winning in the Coliseum and it would mean so much to the residents of Long Island for them to come back to the island,” said Suffolk County Legis. William Lindsay. “The bipartisan commitment by legislators from both counties truly reveals that the citizens of Nassau and Suffolk want the Islanders to come back home.”

“As a lifelong Islander fan, former season ticket holder and legislator, there is no one that would like to see the Islanders come back to their home in the “barn” more than me,” said Nassau County Legis. Arnie Drucker. “Today is so monumental because if we can get both Nassau and Suffolk, Democratic and Republican leaders all in one place to stand united to bring the Islanders home to the coliseum, then there should be no obstacle that should prevent them from returning.”

Legislators said an Islanders move back to Nassau County would have a far-reaching impact.

“Bringing the Islanders back to the Nassau Coliseum is important to our region,” said Suffolk County Legislature Presiding Officer DuWayne Gregory. “Not only would it benefit Nassau County, but it would also benefit Suffolk County both in terms of economic growth and community pride. Suffolk County residents who grew up watching the Islanders don’t want to trek into Brooklyn to support their team. We ask that discussions to bring Long Island’s hockey team home move forward and that the proposal be given full consideration.”

The Islanders and Barclays both have the option to opt out of their 25-year licensing agreement after the 2018-2019 season. In letters to the Islanders franchise and the National Hockey League, legislators said Nassau Events Center, which renovated the Coliseum, has assured them it is willing to make modifications to the venue to accommodate the hockey team.

“Today we stand in front of the very same building where the Islanders won numerous Stanley Cup Championships and made generations of fans who believed in them, “said Nassau County Democratic Minority Leader Legis. Kevan Abrahams. Now it’s time for us to believe. To
believe that if we can get democrats and republicans from two counties to agree on bringing the  Islanders back to their coliseum home; then why can’t we believe that this very coliseum can once again be their home?”

Myth: The team could come back temporarily, but not permanently. There are not enough seats.
Fact: Yes, the team can come back permanently to the Coliseum. There are active discussions happening between current Coliseum management and the Islanders and until those discussions come to fruition, nothing can be finalized on the enhancements that would occur.

Myth: The Commissioner has said that the team will never return to Long Island so is there really a purpose in trying to get the team back?
Fact: Current discussions are occurring with the team about their future so nothing should be dismissed at this point. 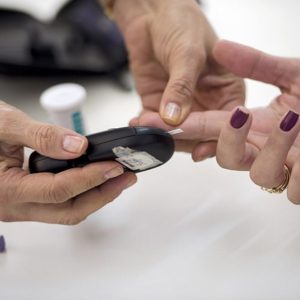 NEW YORK - More than 100 million U.S. adults are now living with diabetes or prediabetes, according to a new report released...