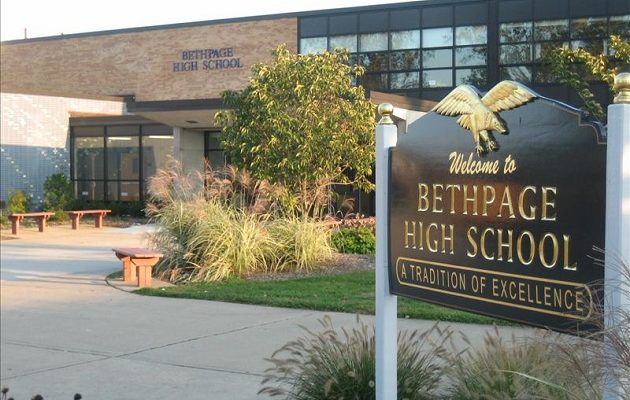 NEW YORK – Following news of radium contamination of underground water near Bethpage High School and media reports of documents that show radioactive materials were handled at the former manufacturing site jointly operated by the U.S. Navy and Grumman, U.S. Senator Charles E. Schumer today urged the Environmental Protection Agency (EPA) – the nation’s premier environmental enforcement agency – to immediately assist with a top-to-bottom review of potential sources of radioactive materials on the Northrop Grumman/US Navy manufacturing site in Bethpage. The senator also urged EPA to use its technical expertise to quickly assess the history of any use, storage and disposal of radioactive materials at the Navy/Northrop Grumman site.

Schumer’s urgent request to the EPA comes in the wake of the recent revelation by Bethpage High School that nearby groundwater (not used for drinking water) was contaminated by high levels of radium. Further, in 2012 the Bethpage Water District was forced to shut down one of its drinking supply wells after elevated levels of radium were detected there. And, finally, recent alarming media reports of company and regulatory documents suggest that radium and other radioactive materials were handled at the Grumman site, despite earlier denials that this was the case.

“Alarm bells are going off all around us regarding radium and other contamination threatening our drinking water supply near the Navy/Grumman site,” said Senator Schumer. “We need an ‘all hands on deck’ approach to get a concerned community the answers it needs ASAP. The EPA is the preeminent environmental agency in the nation and we need their expertise to get answers now regarding the source of radioactive contamination in the groundwater – as well as ferreting out the full history of the use of radioactive materials at the Navy/Grumman site through the decades.”

Schumer says that in a case like this, the EPA would use its technical expertise and any available resources to assist state and local officials in a complete analysis of potential sources of radioactive materials causing the current contamination. The EPA can also assist conducting a full forensic review of all radioactive materials used, stored or disposed of at the Navy/Grumman site through the decades it served as a weapons and aviation development and manufacturing facility, and could assist with any subsequent remediation that might be needed.

Schumer continued, “The source of radium must be identified as soon as possible so that any appropriate remedial and defensive actions can be undertaken to protect the public health and environment. The bottom line here is that we need answers and we need them fast because you’re dealing with drinking water. So, having the EPA involved in a top-to-bottom review is good for everybody and might help speed up the review process. That why I am asking the EPA to lend their resources to Bethpage and the state regulators, because their expertise and tools used to scientifically identify the source of these kinds of chemicals and radioactive material is invaluable and will help determine whether or not a larger remediation plan is necessary.”

Following recent reports of state records that indicate that radium and other radioactive materials were handled at the Northrop Grumman/US Navy manufacturing site in Bethpage, which may be linked to previously detected occurrences of radium in drinking water and groundwater in nearby wells, I write to urge the Environmental Protection Agency (EPA) to immediately use its preeminent technical expertise and any available resources to assist state and local officials to conduct a complete analysis of all potential present and historical sources of radioactive materials on the site. EPA should quickly assist the community and state regulators in testing for additional radium (and tritium, polonium, uranium, and other radioactive isotopes), and in doing a top-to-bottom review of the Grumman building, Plant 26, where the radioactive materials were reportedly tested and handled, and the entire Northrop Grumman/Navy site.

As you know, the Bethpage Water District was forced to shut down one of its drinking supply wells after elevated levels of radium were detected there in 2012. Then, earlier this month, it was reported that elevated levels of radium were detected in water samples from shallow groundwater monitoring wells on the Bethpage High School Campus, which is directly across the street from the Bethpage Community Park. The park was once part of a more than 600-acre complex where the Navy and the company now known as Northrop Grumman disposed of waste and other contaminants from operations associated with developing, testing, and manufacturing airplanes and space exploration aircraft. According to a document filed state environmental officials and described in media reports, radium, tritium, polonium, uranium, and other radioactive isotopes were handled at the Northrop Grumman/Navy site in Bethpage. In a letter response the company sent to me earlier this month, Northrop Grumman stated that they investigated the use of radionuclides in their operations in 2016, at the request of the New York State Department of Environmental Conservation (DEC) and “did not identify any releases of radioactive materials.” The company, however, did not answer my question as to whether they had used, store, or disposed of any radioactive materials at the site. I hope that the EPA can ferret out a more thorough and complete answer to this pressing question.

The source of the alarming levels of radium recently detected must be identified as soon as possible so any appropriate remedial and defensive actions can be undertaken to protect the public health and environment. As the preeminent environmental enforcement entity in the nation, EPA is best poised to provide support, technical assistance and, where possible, resources to determine the source of the radiation and help state and local entities map out the extent of any potential history of the handling of radioactive materials at the site. With the EPA’s technical expertise and experience, I request that you immediately provide support to help the community investigate the full scope of the problem and assist with any subsequent remediation as quickly as possible.

Thank you in advance for your attention to this critical matter. Should you have any questions, please do not hesitate to contact my office. 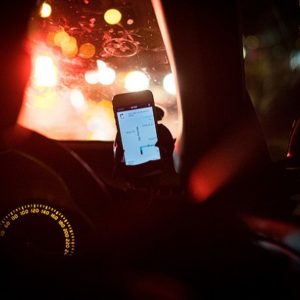