Senator LaValle, a member of the NY Senate Joint Task Force on Heroin and Opioid Addiction, said, “Fighting Heroin and Opioid addiction remains a top priority of mine, as it has been for a number of years. The heroin crisis continues to affect many communities throughout our region. It persists in touching individuals in every social and economic group. It is critically important that we utilize all the resources and tools available to halt this epidemic. It is my hope that the Assembly acts quickly to approve these measures, and that the Governor signs them into law immediately. ”

The measures build upon many other Senate actions taken since 2014, in addition to $214 million the Senate Joint Task Force on Heroin and Opioid Addiction secured in this year’s budget. This record-high level of funding will help improve prevention, treatment, recovery and education services across the state.

Enacting “Laree’s Law” – Holding Drug Dealers Accountable: Bill S2761 establishes the crime of homicide by sale of an opiate controlled substance. Currently, a person who provides an illicit drug that results in the death of a user can typically only be charged with criminal sale of a controlled substance, allowing those involved in the illicit drug trade to escape prosecution for the deaths caused by their actions.

Establishing New Penalties for Heroin Sales: Bill S880 would create appropriate level penalties as it relates to heroin sales, taking into account the lighter weight of heroin. Heroin weighs less than other drugs and therefore more doses of heroin are needed to trigger various criminal offenses.

Making it Easier to Prosecute Heroin Dealers: Bill S638 would assist in the prosecution of heroin dealers by creating a presumption that the possession of 50 or more individual packages containing heroin and/or having an aggregate value of $300 is possession with intent to sell. Currently, dealers can carry large quantities of the drug before triggering a felony charge of possession.

Cracking Down on Black Market Prescription Drugs: Bill S2814 would establish the offense of fraudulent prescription, dispensing and procurement of non-controlled substance prescription medications and devices, and establish the offense of unlawful possession of non-controlled substance prescription medications and devices. The gaps in existing law and the growth of a black market make it self-evident that change is necessary. This bill will address the problem by increasing or establishing criminal penalties that better fit these crimes.

Improving the Regulation of Fentanyl: Bill S5884 adds six new derivatives of fentanyl to the controlled substance schedule regulated by the state Department of Health. Fentanyl and fentanyl-combined drugs are a major driver of the many recent overdoses that have occurred across New York State. It is vital for public health and safety to properly regulate this potent drug.

Toughening Penalties for Sale of a Controlled Substance to Minors: Bill S3845 would help curb rising drug abuse among high school students and other youth by making the sale of a controlled substance by an adult to a minor under the age of 14 a class A-II felony.

Limiting Children’s Opioid Exposure: Bill S5949 helps address the increasing risk of children becoming addicted to opioids and heroin after being prescribed painkillers for medical procedures or illegally sharing extra prescriptions. The bill requires a health practitioner to receive written consent from a minor’s parent or legal guardian in order to prescribe a medical treatment containing opioids, as well as to discuss the risks of addiction and dangers of overdose associated with the medication. The bill also limits the prescription for a controlled substance containing an opioid to a seven-day duration unless there is a medical emergency that puts the child’s health or safety at risk.

Requiring Patient Counseling Prior to Issuing a Prescription for a Schedule II Opioid: Bill S5670 requires health care practitioners to consult with a patient regarding the quantity of an opioid prescription and the patient’s option to have the prescription written for a lower quantity. The physician must also inform the patient of the risks associated with taking an opiate medication, and the reason for issuing the medication must be documented in the patient’s medical record.

Preventing Predatory and Deceptive Substance Abuse Treatment: Bill S6544 makes it a crime to offer to or accept any kickback from an individual or entity that provides substance abuse services in exchange for patient referral and admission. There has been a rise in individuals who aggressively pursue people in need of substance use disorder treatment services and, for a sometimes-extravagant fee, promise admission to treatment programs. For individuals engaging in this predatory behavior, the most desirable patients are those with robust insurance coverage, and out-of-network benefit packages. Patient brokers refer these clients to programs offering the highest rate of “return” to the patient broker, with little or no regard for the patient’s specific needs. This predatory practice capitalizes on, and exploits, families’ fears while putting patients at risk of inappropriate treatment.

Expanding Access to Funding for State Substance Abuse Services: Bill S898 authorizes the state Office of Alcoholism and Substance Abuse Services (OASAS) to provide funding to substance use disorder and/or compulsive gambling programs operated by for profit agencies. Current statute states all funds issued by OASAS to provide addiction prevention, treatment and recovery services must be awarded to non-profit providers. For-profit organizations, which provide similar services are unable to apply for state contracts through OASAS and such restrictions limits competition within the RFP process that would ensure state dollars are being used in the most efficient way possible.

The bills will be transmitted to the Assembly for consideration.

This weeks actions are the latest in the Senate Republicans’ legislative efforts to combat the opioid and heroin crisis – first concentrating on the abuse of prescription painkillers, and then following the opioid addiction trend as it turned to heroin.

Since 2014, the Senate’s Joint Senate Task Force on Heroin and Opioid Addiction has held forums that solicit input from stakeholders and experts, and use the information collected to develop recommendations for legislative action. Senator LaValle, a member of the Task Force, noted that significant legislation has already been enacted as a result of the Task Force’s efforts, and more continues to be developed to address the ongoing crisis. 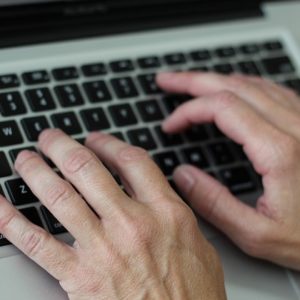