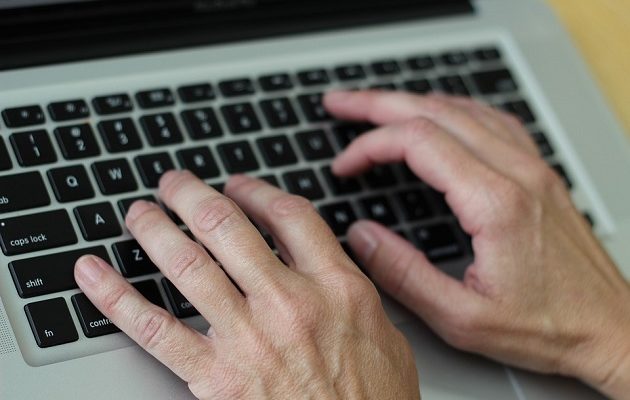 NEW YORK – U.S. Senate Minority Leader Charles E. Schumer today urged his colleagues to immediately pass bipartisan legislation that would, for the first time, close a gaping hole in current federal law that prevents summer camps and other children’s organizations from gaining access to federal sex offender background checks on new employees and volunteers. Schumer explained under current federal law, many summer camps, daycare centers, charity organizations and many more only have access to New York State’s criminal database. Schumer said this is unacceptable and day camps should immediately be given access to the FBI sex offender database, which is widely considered the most accurate and complete criminal databases. Oftentimes criminal activity is committed outside the state, and pertinent information could be missing from a state’s database.

“Right now, there is a serious gap in federal law that is making it harder for New York’s summer camps, day cares and other child-serving organizations to fully screen their paid and volunteer applicants. These groups, tasked with ensuring the safety of children day in and day out, should never have any difficulty when it comes to accessing the FBI background checks they need to ensure dangerous predators are not allowed anywhere near our kids,” said Senator Schumer. “That’s why I’m putting on the full court press and urging my colleagues to pass this commonsense, bi-partisan legislation. As a parent, I know there is nothing more important than keeping our children safe from harm. Parents deserve the peace of mind knowing that their children are in good hands when they drop them off at camp and other afterschool programs.”

Many organizations and programs rely heavily on volunteers and employees to provide services and care to children. These individuals coach soccer games, mentor young people, run youth camps, and are involved with children in many other ways. It’s estimated that over 15 million adults nationwide volunteer for education or youth program groups. Therefore, Schumer said the organizations that are tasked with taking care of our children must have access to the most updated and comprehensive sex offender records. However, according to Schumer, the current system of obtaining a background check for child-serving groups is not nearly as accessible as it should be, particularly when it comes to out-of-state records. Only some states allow a range of youth-serving organizations to access FBI searches, but New York is not one of them. And, even when those searches are available, they can be cost-prohibitive and time-consuming for summer camps and organizations on a budget. Schumer said this could discourage many groups from obtaining the background checks. Under current law, an organization must apply for a background check through its state, and for each employee. Only a handful of states allow access to FBI checks through this process.

In New York State, there are two ways to get access to background checks. An individual can get access to his own criminal history records by requesting them from the state and paying a fee. In addition, a mentoring organization, like summer camp, can register with the state to get access to state fingerprint checks. Notably, though, this will only involve an individual’s New York records. As of 2010, over 40 percent of the individuals with criminal records had committed an offense in a state other than where they were applying to volunteer, meaning that a state-only search would not have found relevant criminal records. Schumer noted that an applicant to be a camp counselor, for example, could have been convicted of an assault in Ohio, or committed a sex crime in Florida, but there may be no record of it in New York’s database.

Schumer pointed to the 2013 case of a Schuyler County man named Daryl Vonneida, who served as a Boy Scout leader, church counselor and soccer and baseball coach, and was convicted and found guilty on 14 criminal counts after sexually abusing children for more than 40 years. A quick, thorough national background check might have turned up Vonneida’s past convictions and prevented his hire at any youth-serving organization or not-for-profit. Many of the hold ups with Vonneida’s case came from old record keeping and difficulty accessing information, but a federal background check would have found his 1989 first degree sexual abuse conviction. Schumer argued that even though it can’t be known whether this bill would have stopped Vonneida, it could help stop the next predator before that person can work with kids.

The Child Protection Improvements Act of 2017 would create a nationally accessible background check solution for youth-serving organizations, and ensure access to federal FBI fingerprint background checks. Specifically, this legislation would do the following:

Schumer explained that individuals are provided an opportunity to challenge the accuracy and completeness of their records with the FBI and are ensured that the privacy of their records will be protected. This bill is entirely paid for by fees from the entities seeking background checks, and requires no new authorizations or appropriations. In addition, this bill does not impose any new or unfunded mandates on the states.

On the call, Schumer provided an example of how this process would work: If a summer camp in Central New York wanted to hire a paid or volunteer counselor, they could call DOJ’s new 1-800 number and find out where to get the background check done locally. Most likely this would be at the local police station where systems are already in place to make it a smooth process. The organization would pay a processing fee at the police station and they would send the counselor’s fingerprints to the federal Department of Justice (DOJ). The DOJ would then run the fingerprints through the FBI’s records, which cover both state and federal crimes in every state, not just in New York. The school would then hear the results from DOJ – not a full personal record, but whether the paid or volunteer counselor had a serious conviction or open arrest for a serious offense.

Statistics from the now-expired PROTECT Act Child Safety Pilot, which was passed in 2003 as a part of the PROTECT Act, demonstrate the importance of a nationwide fingerprint-based FBI criminal background check. The Pilot program helped many of the same organizations that would be served by Schumer’s bill; by working with the state governments to give access to FBI fingerprint background checks to youth-serving organizations. As of September 2010, of 77,000 background checks performed through the pilot in seven years, over 6 percent of volunteers were found to have a criminal record of concern – including very serious offenses like sexual abuse of minors, assaults, murder, and serious drug offenses. In addition, over 40 percent of the individuals with criminal records had committed an offense in a state other than where they were applying to volunteer, meaning that a state-only search would not have found relevant criminal records.

Schumer also noted that fingerprint background checks have become increasingly important since name-based background checks have a higher incidence of “false positives” or inaccurate information. In fact, nearly 23 percent of the individuals screened by the pilot provided a different name or date of birth on their application than what appeared on the criminal record. A name-based search would likely not have caught these criminal records. Schumer’s legislation would make running a fingerprint background check easier for youth-serving organizations.

NEW YORK - The way you measure things has a lot to do with the value of the results you get. If you want to know how much...