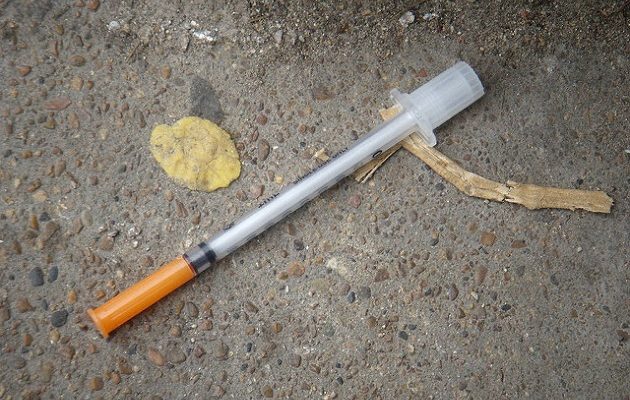 “Recent increases in drug busts, overdoses and emergency calls across New York City and Long Island all tied to heroin tell the story of an epidemic that needs more attention and action by the feds to foil,” said U.S. Senator Charles Schumer. “New York’s rampant heroin epidemic proves we are in desperate need of one of the four special heroin enforcement teams being launched throughout the country. With more than a thousand deaths related to heroin overdoses in 2016 alone, it’s time for the DEA to bring it’s A-team to New York so that we can finally zero in on this epidemic and stop the scourge in its tracks. A new heroin enforcement team will help the NYPD, Long Island and other local police departments across the state beat back this dangerous tide.”

Schumer secured millions in federal funding for DEA in the Fiscal Year 2017 (FY17) omnibus for the creation of four new enforcement groups specifically dedicated to counteracting heroin trafficking and eradicating its availability. Now, Schumer says New York should receive one of those teams.

The new DEA enforcement groups will be directed to states that report heroin as the highest drug threat. In making the case for New York, Schumer said that the numbers speak for themselves. New York’s heroin overdose death rate increased by 30 percent in 2015. Between the years 2005-2014, the state documented a 115% increase in heroin treatment admissions in upstate New York and a 116% increase on Long Island. In all, approximately 1.4 million New Yorkers suffer from a substance abuse disorder. Schumer also said that the New York DEA Field Division has identified New York City as a major distribution hub for heroin mills, via JFK International Airport, that use the entry point to more easily access the greater Northeast region. Schumer said it makes sense to deliver one of these teams to New York State where local law enforcement are on the frontlines. The recently-passed FY17 omnibus includes $12.5 million to the DEA for the creation of four new enforcement teams in divisions that report heroin as the highest drug threat. The funding will enable 42 agents for the new teams, including 32 special agents.

According to the DEA, the threat posed by heroin abuse and availability nationwide has steadily increased since 2007. In 2014, 10,574 Americans died from heroin-related overdoses, and between 2007 and 2014, the number of heroin-related deaths increased 341 percent. Schumer said that New York has fallen victim to these deadly statistics. Since 2006, New York’s heroin overdose death rate has equaled or exceeded the national rate. The Center for Disease Control attributed 1,058 deaths to heroin in 2015, an increase of nearly 29% from the previous year. In 2013, an average of two New Yorkers a day died of heroin-related overdoses.

The heroin epidemic has also hit Long Island especially hard. According to the New York State Department of Health, in 2015 there were 172 opioid overdose deaths in Nassau County, including 71 related to heroin; 213 opioid overdose deaths in Suffolk County, including 137 related to heroin. According to the New York Daily News, Nassau and Suffolk Counties reported 493 opioid overdoses in 2016. Earlier this month, during the week of June 3rd, Suffolk County reported 22 overdoses over a two day span, including one that was fatal. Overall, the number of fatalities could have been even worse if not for the life-saving antidote naloxone.

Schumer pointed to several drug busts in the New York-metro area over recent months as examples of effective enforcement:

The heavy costs required combat the epidemic has also impacted local law enforcement, in their efforts to head off the steady flow of trafficked drugs. Twenty-four New York counties are considered High Intensity Drug Trafficking Areas (HIDTAs), with each uniquely structured to confront the drug challenges of the particular area. Schumer said that a special heroin enforcement team in New York would allow the DEA to leverage federal investments already in use, like Drug Intelligence Officers, and bolster existing drug trafficking efforts. Schumer suggested that the new DEA team work closely with both local law enforcement agencies and HIDTA counties to dismantle large trafficking networks and root out the heroin at its source.

Schumer’s letter to DEA is below:

Thank you for your ongoing efforts to combat illicit drug use in the United States. As you continue to implement the funding allocations provided by the Fiscal Year 2017 (FY17) omnibus, I respectfully request that you include New York as a top priority. Specifically, I ask that you ensure one of the Drug Enforcement Administration’s (DEA) four new heroin enforcement teams focuses on New York. New York’s heroin and opioid drug overdose rates are among the highest in the country, and the State would benefit greatly from the additional resources.

As you know, the FY17 omnibus included $12.5 million to DEA for the creation of four new enforcement teams in field divisions that report heroin as the highest drug threat. According to DEA’s 2016 National Drug Threat Assessment, the New York DEA field division is one such division. In fact, the New York DEA field division has identified New York City as a major distribution hub with heroin mills and similar organizations operating in areas across the City and in the greater Upstate region. Furthermore, New York remains the primary entry point for heroin couriers, with JFK International Airport acting as the most common arrival point. Housing one of the new enforcement teams in New York would guarantee direct engagement in an area heavily impacted by this epidemic.

Housing an enforcement team in New York would also allow DEA to maximize their effort to protect the lives of those hardest hit by the ongoing heroin epidemic. New York has long suffered from the tragic effects of heroin-abuse. Since 2006, New York’s heroin overdose death rate has equaled or exceeded the national rate. The Center for Disease Control attributed 1,058 deaths to heroin in 2015, an increase of nearly 29% from the previous year. In 2013, an average of two New Yorkers a day died of heroin-related overdoses. In March of this year, New York DEA Special Agent-in-Charge, James Hunt, labeled the heroin problem in New York City as the worst the region has seen in years. Without question, New York’s unique location and the tragic extent to which communities throughout the State have been ravaged by the drug crisis makes it a prime target for a new enforcement team.

As you formulate the operations and logistics of the four new creation teams, I ask you to strongly consider placing a new team in New York. In doing so, I encourage you to work closely with High Intensity Drug Trafficking Areas (HIDTA) throughout the state. This would allow DEA to leverage federal investments already in use, like Drug Intelligence Officers, and bolster existing drug trafficking efforts. 24 New York counties are considered HIDTAs, with each uniquely structured to confront the drug challenges of the particular area. Given the ongoing threat of heroin abuse across the state, a new enforcement team would provide substantial support to local law enforcement agencies, especially those across the northern border and at ports of entry, and bolster their efforts to prevent these harmful drugs from entering their communities.

Thank you for taking the time to consider this idea and for your dedicated efforts to keeping the citizens of New York and the United States safe. I look forward to hearing from you. 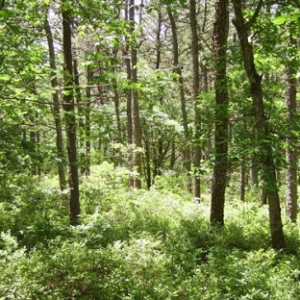 NEW YORK - Senator Ken LaValle and Assemblyman Steve Englebright announce that both houses of the Legislature approved their...