NEW YORK – Senator Ken LaValle and Assemblyman Steve Englebright announce that both houses of the Legislature approved their legislation to incorporate parts of Shoreham/Wading River and Mastic Woods properties in the Pine Barrens Region. This legislation (S. 6157B/A. 7722B) would expand the core preservation area of the central Pine Barrens through the inclusion of the two environmentally sensitive areas located adjacent to the central Pine Barrens boundary.

The Shoreham/Wading River property consists of more than 820 acres of property containing extensive woodlands, fields, tidal marsh, a vernal pool, and nearly one-mile of shorefront on Long Island Sound. Based on inventory work by the New York Natural Heritage program this property contains more than a dozen rare plant populations and is composed of twenty-five distinct ecological communities.

The Mastic Woods property of 100 acres contains several forested Pine Barrens communities, providing habitat to many dozens of indigenous bird, mammal, reptile and amphibian species, including habitat for the federally threatened Northern Long-Eared Bat. It also encompasses the largest remaining undeveloped property within the Forge River watershed. This river is among the most significantly impaired waterbodies on Long Island and preservation of the woodlands will help prevent further deterioration.

Senator Ken LaValle said, “It’s critically important that we continue our efforts to preserve environmentally sensitive property. Over 20 years ago, I authored the Pine Barrens Protection Law for that very purpose. By adding these several hundreds of acres to the Pine Barrens, we continue to safeguard the plants and living species, and help to protect our groundwater as well. We need to be the stewards of the environment for future generations.”

“These two natural areas located in the Town of Brookhaven are worthy additions to the Pine Barrens Core Preservation area,” said Assemblyman Steve Englebright. “The Shoreham property is one of New York’s largest remaining original coastal forest tracts as its rugged terrain historically precluded farming activities and clear cutting. It is estimated that upwards of a half-billion gallons of water pass through it to underground aquifers each year. This property also completes a north-south greenbelt that runs from the Atlantic Ocean to the Long Island Sound and lies on the Atlantic Flyway.”

“As a co-sponsor, I am thrilled that this legislation has passed both Houses of Legislature,” stated Assemblyman Fred Thiele. “I was pleased to work with Senator LaValle, Assemblyman Englebright and my other Long Island colleagues, and the numerous community and environmental organizations who supported this effort. The expansion of the core preservation area boundary to encompass these two environmentally sensitive regions will further protect the ecological integrity of the Central Pine Barrens.”

Assemblyman Dean Murray said “It was very important to pass this legislation to ensure that we protect these areas and are not trading green for green. While I understand and appreciate the need for green energy, I do not believe we should jeopardize the natural vegetation and habitat in these areas. We will reap the benefits of preserving these areas for generations to come.”

“Thanks to the leadership of Senator LaValle and Assemblyman Steve Englebright, nearly 1,000 acres of pristine land are on their way to forever being protected within the Pine Barrens Core Preservation Area,” said Supervisor Ed Romaine. “These parcels contain the headwaters of the Forge River and the last remaining coastal forest preserve on Long Island, which is why I advocated so hard in support of this legislation. As a member of the Pine Barrens Commission, I want to thank Senator LaValle and Assemblyman Englebright, as well as Assemblymen Dean Murray, Anthony Palumbo and Fred Thiele, for their successful efforts to preserve this property for generations to come.”

Senator LaValle and Assemblyman Englebright were the main sponsors of the legislation. Assembly Members Fred Thiele, Anthony Palumbo and Dean Murray were co-sponsors of the measure. The bill, which was approved in both houses with strong bi-partisan support, will be transferred to the Governor for consideration. If signed by the Governor, the law would take effect on January 1, 2018. 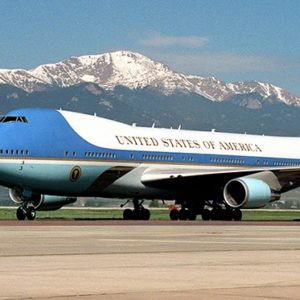 NEW YORK, NY - Judicial Watch announced Tuesday that it filed a lawsuit against the Departments of Defense and Homeland Security...