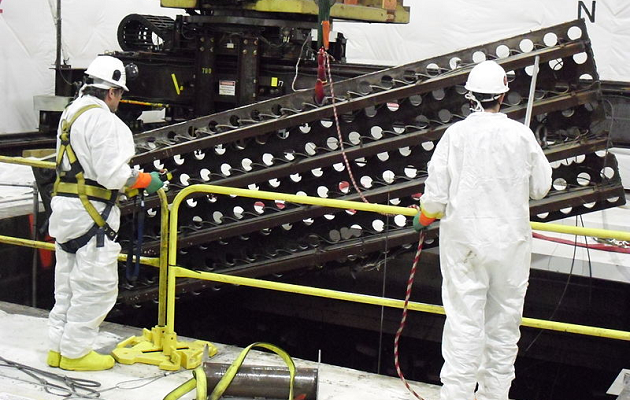 NEW YORK – U.S. Senators Charles E. Schumer and Kirsten Gillibrand urged the Senate Appropriations Subcommittee on Energy and Water Development to support critical funding for Brookhaven National Lab (BNL) through the Department of Energy (DOE) for Fiscal Year 2018 (FY18). This funding would enable Brookhaven National Laboratory to continue to ramp-up research operations at its National Synchrotron Light Source II, and allow all the Lab’s facilities to continue to serve over 2,500 visiting scientists, users, and students who conduct important research there annually. More than 1,000 of these scientists and nearly 200 students would be impacted by the proposed cuts. In March, Schumer highlighted the Administration’s proposed cuts to the Department of Energy and vowed to fight tooth and nail to protect any cuts that hurt BNL.

“Brookhaven National Lab is home to some of the world’s brightest minds and most cutting-edge innovations, which both advance human knowledge and spur our economy. I have always been a fierce advocate for BNL — and technology and research in general – because that is essential to keeping Long Island and America number one. The President’s proposed Department of Energy budget cut is a cut to our future, a cut to our knowledge, a cut to our research and a cut to good-paying Long Island jobs. These kinds of cuts not only hurt us today but they hurt the future jobs and the companies of tomorrow who would otherwise plant their roots on Long Island,” said Senator Schumer.

“Brookhaven is an asset to New York and the nation, and our continued support of the lab’s cutting-edge research and development must be a priority if we as a nation are to remain competitive and achieve the important goals of strengthening our national and homeland security, lessening our dependence on foreign oil, and creating good-paying jobs,” Senator Gillibrand wrote in the letter. “In addition to the negative impact these cuts would have on the Long Island economy, they would have a devastating impact on our nation’s scientific leadership and our capacity to innovate.”

The Trump Administration’s FY18 budget request proposes over $110 million in cuts to Brookhaven’s programs, including the closure of the Lab’s Center for Functional Nanomaterials and significantly limiting the operations of Lab facilities like the Relativistic Heavy Ion Collider and the National Synchrotron Light Source II. The FY18 budget request also proposes shifting from DOE to the Laboratory the cost for maintaining and operating groundwater treatment systems associated with historical operations, for monitoring and controlling soil cleanup areas, and for surveillance and maintenance of former reactor facilities.

The full text of Gillibrand’s letter included here and below:

As you begin work on the Fiscal Year 2018 (FY18) Energy and Water Development Appropriations bill, I write to request your support for a number of programs at the Department of Energy (DOE) that are of critical importance to Brookhaven National Laboratory, and to reject the cuts proposed to these programs in the Administration’s FY18 budget request. At Brookhaven alone, these cuts would amount to over $110 million, shutter the Center for Functional Nanomaterials, and potentially lead to the layoff of over 600 of the nation’s best and brightest scientists and engineers, and the hardworking men and women who support them. In addition to the negative impact these cuts would have on the Long Island economy, they would have a devastating impact on our nation’s scientific leadership and our capacity to innovate. For these reasons, I urge you to make strong investments in the DOE Office of Science and its Basic Energy Sciences and Nuclear Physics programs in particular.

The DOE Office of Science is the nation’s primary sponsor of basic research in the physical sciences. With the funding it receives from the DOE Office of Science, Brookhaven brings together some of the nation’s top scientists to conduct the cutting-edge research necessary to improve our nation’s energy security, address environmental challenges, and produce innovative technological breakthroughs that will fuel our economy and create jobs. Brookhaven also operates and maintains a number of scientific facilities on which approximately 2,500 university, industry, and government-sponsored scientists from across the country and around the world rely to conduct research. To continue these critical research activities, we must reject the Administration’s proposed cut of over $900 million to DOE’s Office of Science and instead provide approximately $5.527 billion or an increase of 2.5% more than Fiscal Year 2017 (FY17), which would account for increased costs of operation.

Within the DOE Office of Science, I urge you to provide a comparable increase for the Basic Energy Science (BES) program with funding of approximately $1.918 billion, as well as support the continued operation of the of the Center for Functional Nanomaterials (CFN). The Administration’s budget request proposes to close the CFN, one of the nation’s five Nanoscale Science Research Centers. Besides idling a fully-equipped, state-of-the-art nanoscience research center in which the federal government has invested well over $100 million, this move would require the termination of approximately 140 laboratory staff and displace over 500 scientists from universities and industry who rely on the CFN for access to cutting-edge tools and expert assistance with their research on materials for energy.

I also request that you provide an increase above FY17 enacted levels for Synchrotron Radiation Light Sources within the BES program, including at least FY17 enacted funding of $111.8 million for the operation and maintenance of the National Synchrotron Light Source II (NSLS-II) at Brookhaven. NSLS II is a scientific user facility that will foster breakthroughs and discoveries in fields such as advanced materials, biology and medicine, and chemical, geo-, nano-, and environmental science. NSLS-II was designed to accommodate up to 60 beamlines or experimental stations in support of approximately 4,000 users, but currently only 19 beamlines are complete and it will take a number of years to fully build out the remaining beamlines and other tools needed to accommodate so many additional users.

Another major scientific user facility affected by the Administration’s proposed FY18 budget is the Relativistic Heavy Ion Collider (RHIC), which is funded through DOE’s Nuclear Physics program. RHIC is a unique scientific user facility that allows over 1,000 scientists and 200 students from around the world to conduct research that helps us better understand matter and why the physical world works the way it does, from the smallest subatomic particles to the largest stars. RHIC has fueled work with industry, the Department of Defense, and other DOE programs on next-generation hadron radiotherapy facilities for cancer treatment, superconducting magnet energy storage systems, high-current energy recovery linacs for potential defense applications, and advanced medical imaging techniques and detectors. I urge you to provide the Nuclear Physics program with funding of approximately $637.5 million in order to ensure at least FY17 enacted funding of $174.6 million for RHIC operations in FY18.

The FY18 budget request also proposes to eliminate funding for ongoing surveillance and monitoring activities designed to detect any possible groundwater contamination at or near the lab associated with historical operations, and to operate groundwater treatment systems to complete the cleanup at and near the Laboratory. Even if this funding were to be eliminated, this is not an activity that can be terminated because of legal agreements between the State of New York and the DOE. As a result, Brookhaven will have to absorb these costs, which will either increase the lab’s overhead rates, making it a more expensive and less competitive place to conduct research, or the lab will have to lay off up to an additional twelve staff. These tradeoffs all negatively impact the science mission of the lab, which is why I request that you provide $7 million of funding within the BES program to continue these important activities designed to protect the residents and environment of Long Island.

Finally, I urge you to increase the Science Laboratories Infrastructure account within the DOE Office of Science to provide $5.2 million to complete preliminary engineering and design of the Core Facility Revitalization Project at Brookhaven in FY18, which will enable the start of construction in FY19. This multi-year, $75 million project will renovate the old NSLS building to provide the physical facilities and infrastructure that will enable computing and data storage capabilities in support of the lab’s growing computational science needs. But more immediately, it will be the primary U.S. hub for receiving, storing, and processing the growing volume of data from the ATLAS detector at the Large Hadron Collider (LHC) in Switzerland, for use and analysis by American high energy physicists. For construction to begin in FY19 and be complete by 2021 when the facility will be needed to accommodate new data from the LHC, preliminary engineering and design of the facility must be completed in FY18, which is why I am requesting $5.2 million for this purpose.

I recognize the difficult budget constraints the committee faces, and appreciate your consideration of these requests. Brookhaven is an asset to New York and the nation, and our continued support of the lab’s cutting-edge research and development must be a priority if we as a nation are to remain competitive and achieve the important goals of strengthening our national and homeland security, lessening our dependence on foreign oil, and creating good-paying jobs. 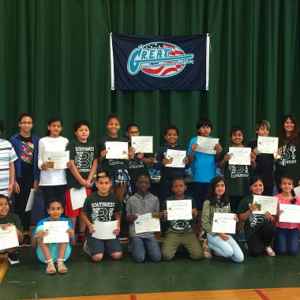