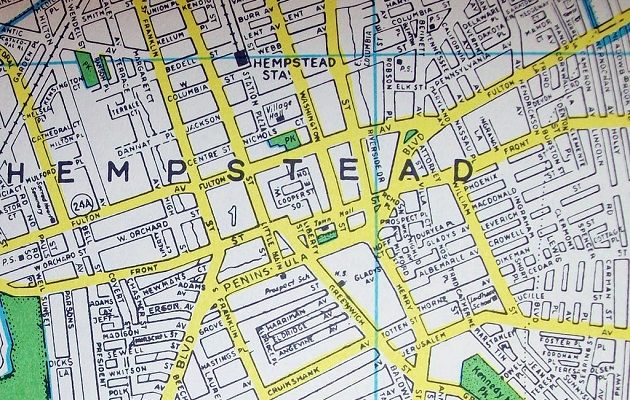 NEW YORK – Today, U.S. Senator Charles Schumer announced he will introduce new federal legislation to rename ‘Negro Bar Channel’ after an African American hero and deceased Inwood firefighter, Joseph Sanford Jr., who was killed while on duty two years ago. Local officials have pushed to have the channel renamed, however, federal law requires a person be deceased at least five years before renaming a navigational channel in their honor. Schumer’s bill will bypass this bureaucratic hurdle and allow the waterway to be renamed in Joseph Sanford Jr.’s honor.

“The channel’s current name is of an another era, but Joseph Sanford Jr. is a hero for all time; a man who gave his life to make us safe, and one who is fully deserving of having this channel named after him. Long Island has a hero in Joseph Sanford Jr, whose name, story and sacrifice should me known and celebrated by all. That’s why it is high time to replace the outdated name of this channel with the name of a hometown hero,” said U.S. Senator Charles Schumer. “My bill will do two important things: obliterate the waterway’s current name and rename it in honor of fallen firefighter and fellow Long Islander, Joseph Sanford Jr.”

Schumer added, “This is a no-brainer and that’s why I will do everything in my power to make sure that the feds move into the modern age and rightfully rename the waterway in honor of a deserving local hero.”

“‘I applaud Senator Schumer for taking the lead to help Hempstead Town change this waterway’s offensive name. It is unconscionable that this racist and intolerant name still exists. When my staff and I discovered that this repugnant name still existed on maps and charts, we worked with Senator Schumer to change the federal government’s silly bureaucratic rule which prevented changing it for so long. I remain hopeful that our bipartisan work will allow the Inwood community to remember Fire Chief Joseph Sanford, Jr. in perpetuity,” said Hempstead Town Supervisor Anthony J. Santino.

The current name of the channel dates back to 1963, when an act of Congress changed it to ‘Negro Bar Channel’ from an even more offensive name, which utilized a racial slur.

Schumer said, “It is only just that we wipe away any connection to that tawdry past and rename this channel for a member of our community who dedicated his life to public service and protecting his fellow citizens. It will be something we can proudly tell our kids about – and that is just not the case with the current name.”

The United States Board on Geographic Names is comprised of members from six federal departments and the Central Intelligence Agency, the Government Publishing Office, the Library of Congress, and the U.S. Postal Service. It rules on hundreds of naming decisions each year and maintains geographical databases containing more than two million domestic records and over 11 million records for foreign names. In order for a name change to officially take effect, an application must be submitted to the US Board of Geographic Names, part of the USGS, which is a Federal Advisory Board in charge of maintaining uniform geographic name usage throughout the Federal Government and has the authority to change nautical charts. Upon approval, NOAA must then officially make the changes and publish new nautical charts.

Town of Hempstead Supervisor Anthony Santino previously submitted an appeal to rename the channel in honor of Joseph Sanford, Jr. Joseph Sanford Jr. was a 17-year veteran of the Inwood Fire Department who was tragically killed in the line of duty while responding to a fire at a Woodmere home in December of 2014. The department’s report stated he fell through the floor of the house to the basement. Sanford was rescued, but succumbed to his injuries four days later. The Supervisor’s request was rejected by the USBGN based on a department policy requiring a person to be deceased for five years before they are eligible for consideration. 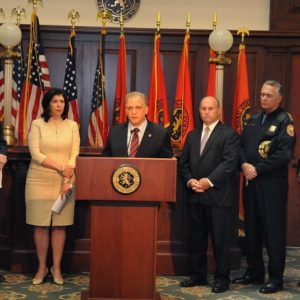