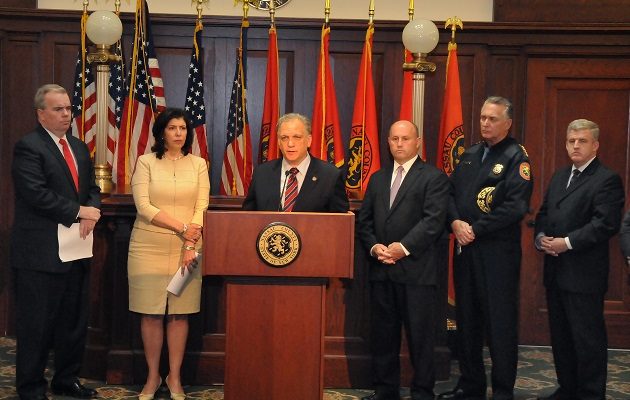 NEW YORK – Nassau County Executive Edward P. Mangano, District Attorney Madeline Singas and the Nassau County Police Department today announced that the Long Island Heroin Task Force arrested four subjects for dealing and supplying a mixture of heroin – with the deadly drug known as fentanyl – and causing overdoses in the Massapequa area. The deadly drug fentanyl is a synthetic narcotic painkiller and 100 times more potent than morphine. It is clinically used for the treatment of end-stage Cancer pain.

County Executive Mangano stated, “Fentanyl is a serious drug and we issued a Deadly Drug Alert several times over the past two years at it reached our borders. Last year, 190 people died from opiate overdoses – of which 62 were caused by fentanyl. I commend the men and women of Long Island’s Joint Heroin Task Force for tracking down the sources of heroin overdoses, arresting drug thugs and removing them from our streets.”

According to the Long Island Heroin Task Force, two individuals were arrested at 2:55pm on Monday, June 5, 2017 and two additional individuals at 1:10pm on Tuesday, June 6, 2017 in Copiague. According to Detectives, an investigation of a non-fatal overdose on May 30, 2017 led to the arrest of defendants Randall L. Robinson, 31, and Lilliana M. Vasquez, 27, both of 196 Meucci Avenue Copiague. The defendants were in the parking lot of Rite Aid, 901 Merrick Road Copiague, when they possessed and intended to sell a quantity of a substance believed to be heroin to another person with the knowledge that the drug was going to be brought into Nassau County. Defendant Robinson was seated as the front seat passenger in a 2003 Mercedes Benz, defendant Vasquez was operating the said vehicle. In the rear of the auto, properly restrained, was defendant Vasquez’s twenty-one month old child. On Tuesday June 6, 2017 in the vicinity of Meucci Avenue defendants Robert P. Evanson, 30, of 24 Prince Street Deer Park and Kevin Forrester, 29, of 102 Brefini Street Amityville did possess and intended to sell a substance believed to be heroin. Defendant Evanson was the driver of a 2015 Nissan Altima, defendant Forrester was the front passenger of said vehicle where a plastic bag containing the substance was recovered from the center console.

County Executive Mangano urges family and friends to stay alert, watch for the warning signs of drug abuse and get their loved ones help before they overdose. If you or a loved one is struggling, Nassau County has a 24/7 help and referral line at 516-227-TALK. 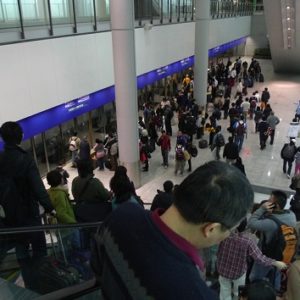