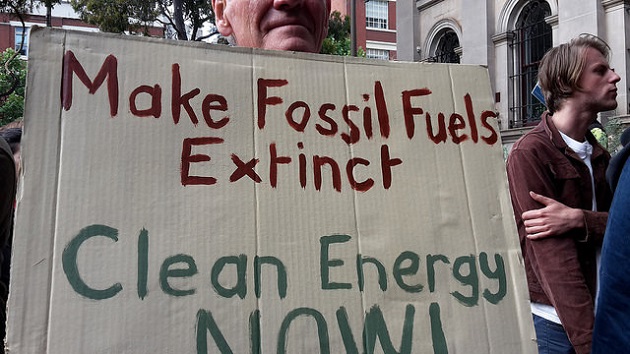 A.G. Schneiderman – Part Of Coalition Of 19 Attorneys General – Joins National “We Are Still In” Pledge To Maintain Commitments To The Paris Climate Agreement

NEW YORK – Following President Donald Trump’s announcement last week that the United States will withdraw from the Paris Climate Agreement, New York Attorney General Eric T. Schneiderman and a coalition of a total of 19 Attorneys General have joined forces with governors, mayors, business leaders and universities across the country – pledging to maintain their commitment to fighting climate change and abiding by the principles of the global agreement.

“If Washington won’t lead, then states and cities will. I stand ready to vigorously enforce the law to curb climate change and protect our air, land, and water – because the future of our people and our planet are at stake,” said New York Attorney General Eric Schneiderman.

Attorney General Schneiderman, who leads a coalition of states and localities in defense of the Clean Power Plan, continued, “It’s important to note: President Trump’s decision to withdraw from the Paris Agreement doesn’t change the EPA’s legal obligation to limit carbon pollution from its largest source: fossil-fueled power plants. I’ll continue to fight in court to ensure that the EPA fulfills its legal responsibility to protect New Yorkers’ health and environment, no matter President Trump’s retrograde policies.”

The 19 state attorneys general joining the coalition today include:

President Trump announced on June 1 that the United States would break ranks with more than 190 countries and leave the historic global commitment that entered into force in November 2016. The signatories to the “We Are Still In” coalition, today released the following statement:

“We, the undersigned mayors, governors, attorneys general, college and university leaders and businesses are joining forces for the first time to declare, that we will continue to support climate action to meet the Paris Agreement.

In December 2015 in Paris, world leaders signed the first global commitment to fight climate change. The landmark agreement succeeded where past attempts failed because it allowed each country to set its own emission reduction targets and adopt its own strategies for reaching them. In addition, nations – inspired by the actions of local and regional governments, along with businesses – came to recognize that fighting climate change brings significant economic and public health benefits.

The Trump administration’s announcement undermines a key pillar in the fight against climate change and damages the world’s ability to avoid the most dangerous and costly effects of climate change. Importantly, it is also out of step with what is happening in the United States.

In the U.S., it is local and state governments, along with businesses, that are primarily responsible for the dramatic decrease in greenhouse gas emissions in recent years. Actions by each group will multiply and accelerate in the years ahead, no matter what policies Washington may adopt.

In the absence of leadership from Washington, states, cities, colleges and universities and businesses representing a sizeable percentage of the U.S. economy will pursue ambitious climate goals, working together to take forceful action and to ensure that the U.S. remains a global leader in reducing emissions.

It is imperative that the world know that in the U.S., the actors that will provide the leadership necessary to meet our Paris commitment are found in city halls, state capitals, colleges and universities and businesses. Together, we will remain actively engaged with the international community as part of the global effort to hold warming to well below 2°C and to accelerate the transition to a clean energy economy that will benefit our security, prosperity, and health.”

The Paris Climate Agreement requires participating countries to work together to limit global warming to well below 3.6 degrees Fahrenheit from preindustrial levels and encourages them to pursue efforts to keep temperature increases to 2.7 degrees Fahrenheit.

The “We Are Still In” coalition pledges to ensure that despite the country’s exit from the agreement the United States will continue to be a leader in reducing greenhouse gas emissions. 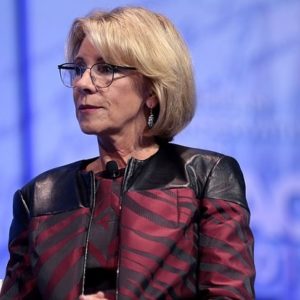