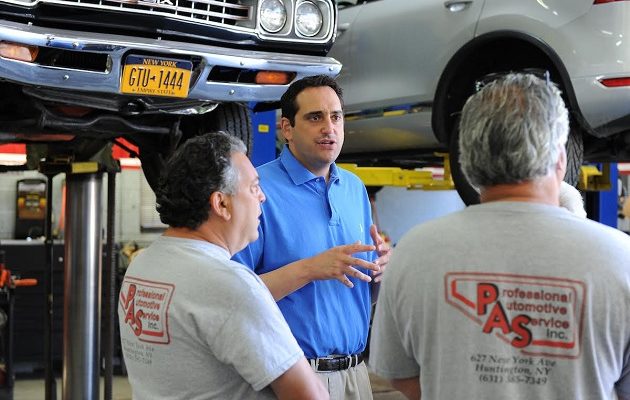 LONG ISLAND, NY – The college and career readiness study recently released by the New York State Department of Education was widely seen throughout the state as a long overdue wake up call to teachers, administrators, elected officials, students and their parents. The study found that 65%, a shocking nearly two third majority, of high school graduates lack the academic skills required to successfully begin their freshmen year in college, or if choosing to by pass college, lack the skills that are the prerequisites to building successful careers.

Among state elected officials, the one who arguably appears to have heard that wake up call the loudest, was three term Assemblyman Chad Lupinacci (Tenth District, Huntington, NY, 2012- present), the ranking Republican member of the Committee on Higher Education, whom I interviewed in his Suffolk County community office last week.

Lupinacci, an attorney and an adjunct college professor of political science and business law, who prior to his election to the assembly served on his local South Huntington school board for three terms, explained why this lack of academic readiness for so many both college and non-college bound students concerns him.

“Many of these graduates who go directly to work after high school encounter great difficulty in finding meaningful and well-paying jobs,” he stated. “And many of those who graduate from college are unable to find the type of job that reflects the subjects they studied, which, unfortunately, leaves them with limited career options. As an additional problem, many of these students accumulate large student debt, which in New York State averages 30,000 dollars per student.”

It was to create a more practical plan for the professional future of both of these two categories of students which led Lupinacci last year to introduce the Learning for Work Program (LWAP), Assembly Bill 4333. The bill calls for the creation of a Learning for Work Apprenticeship Program, beginning for high school students in either their junior or senior years. The types of private or public institutions that the state under the provisions of the bill will allow to participate in the program range from community colleges, to small businesses, to large corporations, all of which will receive compensation through tax credits.

To be eligible to participate in the program, Lupinacci explained, the participating institution must be able to offer employment opportunities and corresponding on-the-job training in mid-level and/or, high-level occupations. The latter includes training positions that could provide practical experience for college bound students planning on majoring in disciplines including, pre-engineering, education and environmental studies. The former includes training positions that will lead directly to employment in jobs including court reporters, carpenters and mechanics.

“This broad range of apprenticeship opportunities,” stated Lupinacci, “empowers students and their parents to make college and career choices that previously had not been afforded to them.”

Lupinacci, however, made a point to explain that this on-the-job training they receive during their apprenticeships does not replace, but rather complements the related academic subjects that they will still be studying in school during the same time frame. Providing one specific illustration of how this will work, Lupinacci stated,

“Topographic Maps, which are part of the Earth Science curriculum, are used to, among other purposes, show the location of hills, mountains and valleys. Part of the job assignments for a student {in LWAP} working, for example, for an environmental consulting firm, might be to read and interpret a topographic map. Such an alignment of work to curriculum, many educators with whom we have consulted believe, will tremendously enhance student learning.”

The assemblyman elaborated that unlike many other educational reform programs that had been tried but failed in the past, LWAP contains extremely high achievement goals, based upon which the state can measure the success or failure of program. For one, included in the LWAP bill is a projection that 80% of its participants will go on to earn an Enhanced Regents Professional Diploma (ERPD), a new type of specialized diploma, which will be acceptable for admission into most colleges. The second goal is more job specific, requiring a minimum of 50% of those students who seek employment after their high graduation to be offered full time jobs at the same institution in which they served their apprenticeship.

“We have,” he stated, “as you see from our achievement goals, high expectations for the success of LWAP.” Lupinacci added that if the program reaches that desired high level of success, it will benefit college bound students who will be “acquiring the work experience that will be a bridge to their college studies, as well as non-college bound students who will be“ on the pathway to a reliable career.” 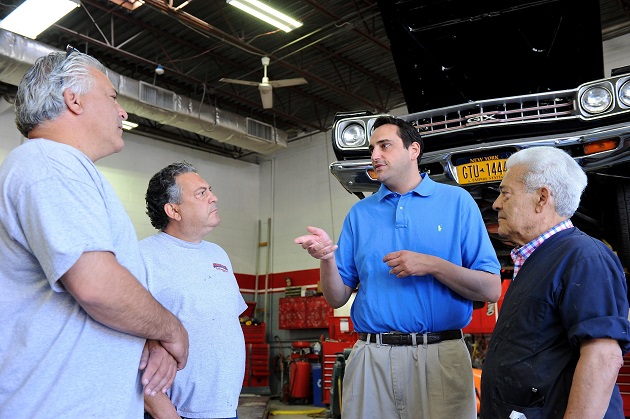 Assemblyman Chad Lupinacci, speaking with local mechanics regarding the Learning for Work proposal, A.4333.

While Lupinacci stated that he and his staff have been working on 4333 for the past 12 months, he acknowledged that, as is common in the legislative process, there remain several questions which must be answered before the bill can be introduced in the assembly.

“While we have formulated general estimates, we are working on providing more precise answers to several quantitative and qualitative questions,” he explained. “These questions pertain to the student pay scale, the number of students who will participate in the program, the recruitment of employers and the coordination of the roles played by the high school, college and employer.”

Lupinacci anticipates that answers to these questions will be provided by the Learning for Work Task Force which he recently formed. Composed of educational, business, labor and community leaders, the task force will convene in the beginning of August.

“We have assembled an eclectic group of extremely knowledgeable people. I feel comfortable that with their input we will be able to fill in the few remaining missing pieces and then be able to submit the bill for a vote in the assembly,” he stated.

Expecting the task force to complete their work by the early fall, Lupinacci told me that he is confident that the bill, which currently enjoys strong bi-partisan support in the assembly and is anticipated to have such support when it is subsequently introduced in the senate, will be quickly ratified by both of these legislative bodies and signed into law by Governor Cuomo before the end of the year.

Pictured Above: Assemblyman Chad Lupinacci, speaking with local mechanics regarding the Learning for Work proposal, A.4333. Photo Credit: The New York State Assembly.

Robert Golomb is a nationally and internationally published columnist.
E-mail him at MrBob347@aol.com and follow him on Twitter@RobertGolomb 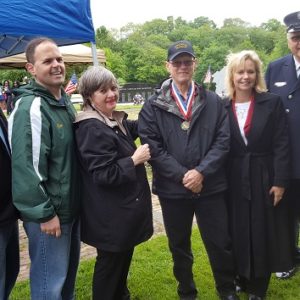