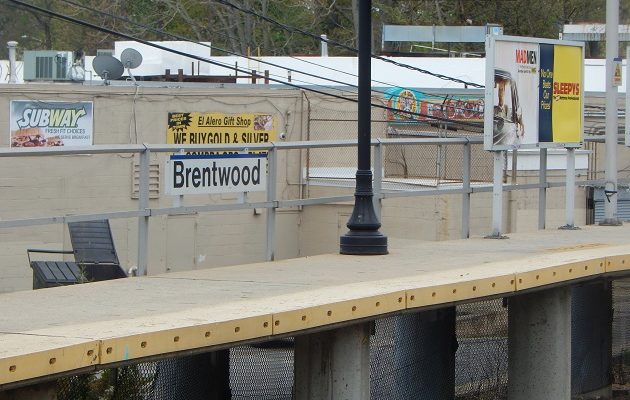 NEW YORK – Standing outside Roberto Clemente Park, Attorney General Eric T. Schneiderman announced the filing of a federal lawsuit seeking to recover damages from companies and individuals for the dumping of contaminated construction waste that has deprived the Brentwood, Long Island community of their use of the park since 2014. Attorney General Schneiderman’s suit alleges that the individuals and companies involved in the dumping of hazardous substances in the popular town park – a group of construction contractors, waste brokers, and waste haulers – are liable under federal and state law to pay damages related to the Brentwood community’s lost use of the park.

“Parks aren’t luxuries; they are vital to the public health, economies, and social fabrics of the communities they serve,” said Attorney General Schneiderman. “We believe the companies and individuals named in our suit are responsible for the dumping of hazardous substances into the heart of Brentwood and causing a much-beloved park to be closed off to the community for years. Those responsible for closing Roberto Clemente Park must repay their debt to the Brentwood community.”

Between August 2013 and April 2014, tens of thousands of tons of urban soil and construction and demolition debris (“C&D”), transported from construction sites in the New York City metropolitan area, were illegally dumped in Roberto Clemente Park, a park owned by the Town of Islip. The Town closed the park in May 2014 when environmental testing revealed elevated levels of a wide array of toxic chemicals, heavy metals, and pesticides, as well as asbestos, in areas of the park where the dumping occurred. Since that time, the park has remained closed, as cleanup contractors have removed approximately 39,000 tons of construction waste. The Town hopes to reopen portions of the park this summer.

In the lawsuit filed today, Attorney General Schneiderman alleges that a group of contractors who arranged for the disposal of soil and C&D contaminated with hazardous substances from construction sites in the New York City metropolitan area, companies who brokered the removal and disposal of the contaminated waste, and the haulers who dumped the waste in Roberto Clemente Park are liable for damages under the federal Comprehensive Environmental Response, Compensation, and Liability Act (“CERCLA”) and state public nuisance and negligence laws for closing the park to the Brentwood community. Under CERCLA, states may hold those who transport, or arrange for the transport of, hazardous substances that are released to the environment liable for the injury, destruction, or loss of natural resources – including public parks and other lands held in trust by states – resulting from the release.

The lawsuit, which was filed in the US District Court, Eastern District of New York, asks the Court to find the companies and individuals named in the suit liable under CERCLA and state law for the community’s loss of use of Roberto Clemente Park since 2014, and require them to pay related damages under state law. As compensation to Brentwood residents for their years of lost use of Roberto Clemente Park, and consistent with CERCLA, all monies obtained through this action will be directed by the State toward restoring and enhancing parks in the Brentwood community.

“We have zero tolerance for those who illegally dump materials in our parks and this action sends a clear message that we will hold them accountable for breaking the law,” said County Executive Bellone. “Along with recent County legislation I signed into law that stiffens penalties and includes jail time, I commend Attorney General Schneiderman for his commitment to protecting our parks in Suffolk County.”

“Islip Town suffered the loss of the use of Roberto Clemente Park due to the greed of a few. We must ensure justice for our residents and prevent this type of incident from ever occurring again. I commend Attorney General Schneiderman for pursuing justice for the people of Islip,” said NYS Senator Tom Croci.

“Three years ago the Brentwood community experienced an environmental offense to a horrifying degree,” said Assemblyman Phil Ramos. “Companies thought they could get away with dumping toxic garbage in a diverse community because it would be the path of least resistance. But we were able to collectively shine a light on their harmful activity that not only forced an important community landmark to close, but put our children’s health at risk in the process. I would like to applaud Attorney General Eric Schneiderman for championing legal action against those who perpetrated these heinous crimes and we take comfort in the legal process as we move forward to clean and reopen the park.”

“I commend Attorney General Schneiderman for coming back to our district as he promised he would to bring justice and accountability to those responsible for the pollution of our park,” said Suffolk County Legislator Monica Martinez. “Even during these times of anguish and uncertainty, it is comforting to know that elected officials of his stature are standing here with us. Many times we feel forgotten and that justice will never prevail. However, having the AG’s office leading this effort, it gives us hope and reassurance that those responsible for this environmental atrocity will not only be brought to justice but will also justly defray the cost of restoring our park to its natural landscape.”

“We support Attorney General Schneiderman’s efforts to hold accountable all those responsible for the criminal dumping in Roberto Clemente Park. This park is a cornerstone of the community, and its closing has been a tragedy for our residents,” said Islip Town Supervisor Angie Carpenter.

DEC Commissioner Basil Seggos said, “Illegal disposal of waste is a criminal enterprise motivated purely by greed that is a growing threat to the environment and public health. Governor Cuomo has directed our agency to aggressively crackdown on these activities, and today’s NRD claim sends a strong message that anyone dumping dangerous chemicals onto our parks and playgrounds is going to pay to restore the damage they cause. I look forward to working with the Attorney General’s office and others as we advance this important claim.”

“I grew up all my life playing in this park with my family and friends. I have so many happy memories about Roberto Clemente park that it is a part of who I am and the heart of our community. When I found out that it had been poisoned with toxic waste I felt a deep sadness for our park and the community. We lost an important asset for everyone. I am incredibly happy that the individuals that did this to our community will be held accountable by the attorney general,” said Ana Flores, Brentwood resident and New York Communities for Change member.

Those named in the complaint include:

In March 2016, Suffolk County District Attorney Thomas Spota obtained criminal convictions of two individuals, Thomas Datre, Jr. and Christopher Grabe, and a waste hauling company, 5 Brothers Farming Corp., for their role in the illegal dumping. In addition, the Town of Islip is currently seeking civil enforcement against parties involved in the dumping in order to recoup the cost it has incurred in cleaning up the park. 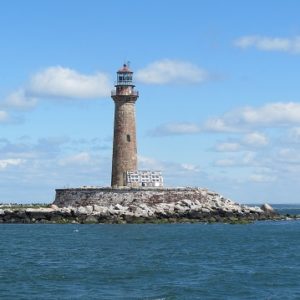