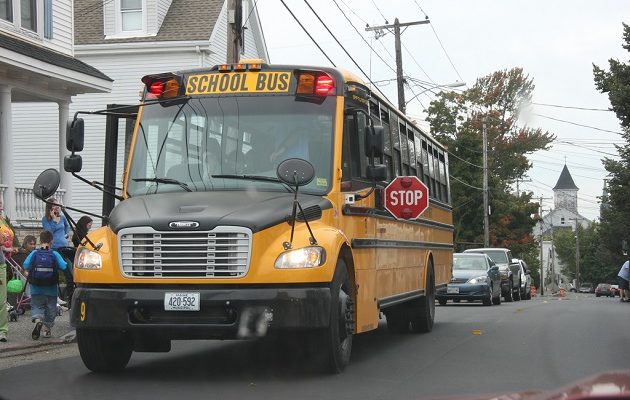 NEW YORK – Governor Andrew M. Cuomo today announced an enforcement and public education campaign aimed at motorists who pass stopped school buses. State and local law enforcement agencies from across the state will participate in “Operation Safe Stop” on Thursday, April 27, 2017, and drivers passing school buses that are stopped and flashing their red lights will be ticketed. The Governor’s Traffic Safety Committee and the New York Association for Pupil Transportation have collaborated on the enforcement and education initiative since October 2003.

“Operation Safe Stop has played a critical role in raising awareness and urging motorists to pay attention to the road and abide by the law,” Governor Cuomo said. “With this campaign, we can help protect the safety of our children and remind motorists that they must remain vigilant while driving around school buses.”

Last year, 95 police agencies participated in the enforcement campaign, many of them for the first time. Their combined efforts produced 859 tickets for passing stopped school buses and 1,547 tickets for other moving violations. Police issue tickets for passing school buses every day of the school year, but this annual enforcement effort is meant to place a spotlight on the need for drivers to stop on red when kids are ahead. This year’s campaign includes a new billboard sponsored by the Governor’s Traffic Safety Committee, reiterating the message: “Stop on Red. Kids Ahead.” See an image of the billboard here.

The New York Association for Pupil Transportation conducts a survey once a month of bus drivers asking how often they are passed while stopped on one specific day. Based on their responses for the March survey, the association estimates that 54,962 drivers statewide passed a school bus that day. Those numbers include 687 drivers who drove by on the passenger side of the bus where students board and exit.

Peter Mannella, Executive Director of NYAPT said, “The law requires us as adult motorists to stop for those red lights on their school buses. And our children TRUST us to obey that law. The thousands of New Yorkers who disregard those red lights daily are a real danger to our children who are riding school buses. On this Operation Safe Stop Day, we implore all New Yorkers to consider those children as they approach a school bus with its red lights flashing which signals that children are boarding or departing their school bus. Their lives depend on our obeying the law and caring about their safety.”

It is estimated that 10 million drivers pass school buses nationally every year. Passing vehicles cause an estimated two-thirds of fatalities when school buses are loading and unloading, according to the American School Bus Council. More school-age pedestrians are killed between 7 a.m. to 8 a.m. and 3 p.m. to 4 p.m. than at any other time of day.

One third of children killed outside the school bus are between five and seven years old, according to the American School Bus Council.

Terri Egan, Executive Deputy Commissioner of the New York State Department of Motor Vehicles and Acting Chair of the Governor’s Traffic Safety Committee said, “Deaths and injuries resulting from passing school busses are completely preventable. It is incumbent on every motorist to know they need to stop for school buses that have their lights flashing, even when the bus is in the school parking lot.”

New York State Police Superintendent George P. Beach II said, “Passing a stopped school bus while children are getting on and off can result in a needless tragedy. Our Troopers are out each day ensuring that the ride to and from school is a safe one, and they will ticket any motorist who violates this law. I urge all motorists to use extreme caution any time you see a school bus, and to stop when you see the flashing red lights. Let’s work together to keep our kids safe.”

The fine when you pass a stopped school bus ranges from a minimum of $250 for a first violation to a maximum of $1,000 for three violations in three years. If you are convicted of three of these violations in three years, your driver license will be revoked for a minimum of six months. Conviction of unlawfully passing a school bus while it’s stopped to get or let off passengers results in five points on the license in addition to the penalty imposed by the court. 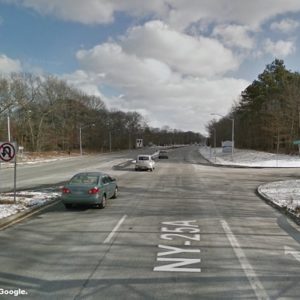 NEW YORK - At the request of Suffolk County Legislator Sarah Anker, and after a rigorous traffic safety investigation, the New York...