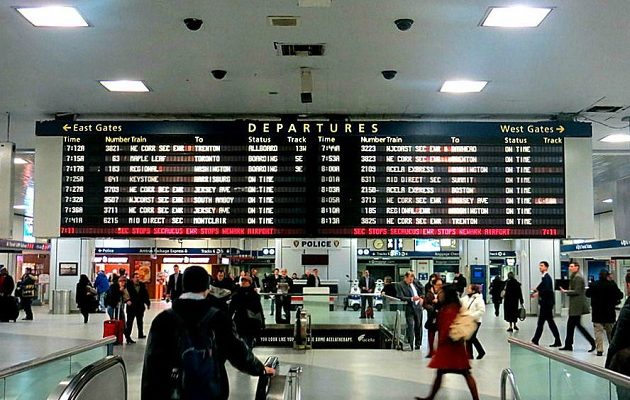 “The next Penn panic could be an actual disaster, not just a wake-up call,” said U.S. Senator Charles Schumer. “During 9-11 we lived through the catastrophic impacts of not being better coordinated and better prepared. In the age of ISIS-inspired-and-directed terror attacks, it is frighteningly dangerous not to make integrated, coordinated and complete security a top priority – especially at mass transit hubs like Penn Station, which we know from experience in Europe is a favorite target for terrorists.

“We must make sure our transportation hubs, like Penn Station, are best prepared to handle the very real threats that confront us. As we saw with JFK Airport, and in the most recent panic at Penn Station, public spaces are a real challenge to law enforcement and any mishap could prove deadly. That’s why we need to make sure our law enforcement has the resources, training and coordination required to better protect the public.”

Schumer said the lack of a joint Penn Station command center should be addressed immediately.

“It’s a simple lesson that was learned from the JFK incident last year – when multiple law enforcement agencies are operating in the same area, it’s critical that there be a joint command center to help coordinate security and responses to incidents,” said Schumer. In addition, Schumer highlighted the need for more frequent joint security drills between all of the law enforcement agencies operating in Penn Station. “When you have confused and overlapping law enforcement jurisdictions, like we do at Penn Station between Amtrak, the NYPD, the MTA and NJ transit it is fundamental that these agencies drill, re-drill and then drill some more to be ready to handle the inevitable emergencies that will arise and handle the massively complex reaction that happens in a station through which hundreds of thousands of our friends and neighbors move every day.”

Schumer also said that DHS should issue recommendations on best practices to keep transportation hubs, like Penn Station and JFK, safer in the event of another “false shooter” scare and that, even more importantly, Congress should fully fund these efforts by increasing rail security funds to Penn and other top transit targets. Since 2009 Amtrak security funding from Congress has dropped 60% and over that same time MTA has seen their share of transit security funds cut by as much as 81%.

Schumer continued, “Because last weekend’s incident at Penn Station was a false alarm, we now have the chance to put this response under the microscope and zoom in on what went right and what went wrong. And at first glance, it is an absolute train wreck in terms of the lack of coordination, direction and coherence.

“The TSA should provide recommendations to law enforcement agents at transportation hubs nationwide on how best to respond in the event of a future ‘false shooter’ scare or, god forbid, a terror attack. We also need a more streamlined, coordinated response at Penn Station and that starts with creating a Joint Penn Station Command Center, along with more frequent multi-agency terrorism-and-emergency drills.

“Lastly, Congress needs to put its money where its mouth is by boosting rail security funds to help our law enforcement better patrol and respond to potential threats. Our brave men and women in uniform will do everything they can to protect the traveling public but without adequate resources or robust coordination systems their job is made much more difficult.”

Over 650,000 commuters pass through Penn Station each day, making it the busiest train station in North America. The National Guard, NYPD, NJT, Amtrak and MTA are all involved in Penn Station’s daily operations and security. The Amtrak Police Department is a national police force committed to protecting the passengers, employees and patrons of Amtrak. The New York staff is comprised of over 100 members who include patrol officers, officials, detectives and special agents. In New York, the Amtrak police helps protect New York’s Penn Station, yet only five uniformed Amtrak officers per shift patrol the entire hub.

On April 14th, a stampede broke out inside New York City’s Penn Station following false reports of gunshots. Video footage of the incident captured panicked commuters running through Penn Station, some tripping over luggage and other personal belongings that had been dropped along the way. As a result, sixteen individuals were injured. Reports of a shooter, which turned out to be false, had originated as a result of the noises associated with Amtrak police using a stun gun on a disruptive passenger.

At the time of the incident, Penn Station was even more crowded than usual due to a disabled NJ Transit train inside the Hudson River tunnel as well as it being rush hour on the Friday evening before Easter. Shortly after the delayed train pulled into Penn Station, the stampede broke out.

According to recent reports, numerous vulnerabilities exist in Penn Station security that must be addressed. Schumer explained that some of those issues are eerily similar to lessons that were learned following a similar incident at JFK last year. Those vulnerabilities include a lack of uniform access to real time video feeds, blind spots in station security camera coverage, a lack of a joint command center, and insufficient routine joint law enforcement training exercises.

In addition, law enforcement operating a transit hubs like Penn Station need access to more federal resources. For instance, only five uniformed Amtrak Police officers patrol all of Penn Station during each shift. The limited staff is in part due to federal budget cuts. Schumer said that Congress should increase rail security funds so that agencies like Amtrak have the resources they need to better protect Penn Station and transit hubs across the country.

Schumer today said that the common goal of terrorism response and prevention demands the DHS work with Amtrak and the other agencies at Penn Station to determine what went right and what went wrong during the shots fired scare and make recommendations for improving protocols.

Schumer is urging that all of these security vulnerabilities be addressed immediately, starting with a Joint Command Center at Penn Station that would house the NYPD, MTA and Amtrak police, include access to NJT video feeds, and allow these agencies to oversee live security footage together as a more coordinated front.

Schumer has long been an advocate for rail safety and security. In 2014, following the Spuyten Duyvil tragedy, Schumer introduced the comprehensive “Rail Safety Improvement Act.” And, as a result of Schumer’s push, the LIRR implemented a Passenger Bill of Rights.

Schumer also said his office has been in touch with Amtrak, and their senior leadership is working aggressively with their partners to make improvements to coordination and safety in and around Penn Station. In addition, Schumer highlighted Amtrak’s long commitment to safety and security but said that without adequate resources and support there is only so much that can be done. 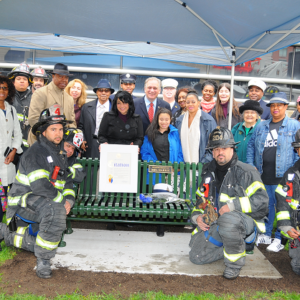