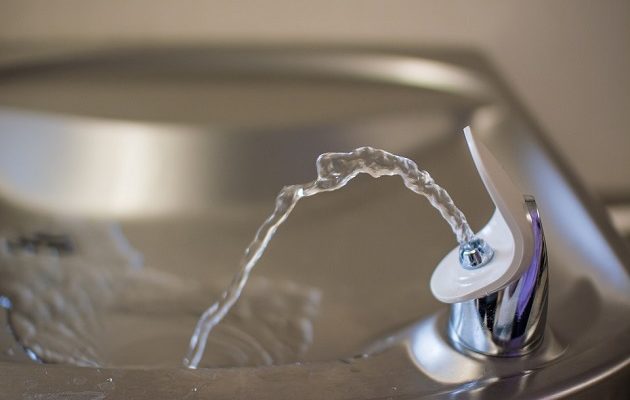 NEW YORK – On the heels of discovering the presence of 1,4 Dioxane—a likely carcinogen—in the Long Island water supply, U.S. Senator Charles E. Schumer urged the Food and Drug Administration (FDA) to take immediate action and require companies to strip the chemical entirely from consumer and kids’ products like shampoos, shower gels and lotions. The chemical is not required to be listed on a product’s ingredients label, making it difficult for consumers to avoid.

“The fact that 1,4 Dioxane, a potentially dangerous chemical, is hiding out in everyday products expected to make us clean is very disturbing, and to make matters worse, likely carcinogens like this one can be even more harmful to kids,” said U.S. Senator Charles Schumer. “This likely cancer-causing toxin serves no purpose in these products and is not even identified on packaging so it’s time we drain it from everyday products to make Long Island’s water safer. With the technology available to minimize 1,4 -Dioxane in toiletries, the FDA should do everything in their power to remove this likely carcinogen from products before those products hit store shelves.”

“Companies need to be responsible and end the commercial use of 1,4 Dioxane in personal care products to protect children and families on Long Island from this potential carcinogen. The EPA recognized the danger of this chemical to public health by designating it one of the first 10 chemicals to be assessed under the reformed Toxic Substances Control Act. I also sponsored legislation that would require the EPA to regulate 1,4 Dioxane under the Safe Drinking Water Act. I will keep fighting together with Senator Schumer to end the use of this and other toxic chemicals that are making our communities sick,” said U.S Senator Kirsten Gillibrand, who also signed the petition to the FDA.

Schumer said that a cost-effective technology to ‘strip’ this chemical from everyday products actually exists. Schumer explained how removing the chemical from products would work and the support this action has received across the industry. Schumer today announced that he is filing a formal petition with the FDA, asking the agency to take action to prohibit any detectable presence of the contaminant in cosmetics. U.S. Senator Kirsten Gillibrand is also a signatory of the petition. Schumer went on to say that 1,4-Dioxane was just named by the EPA as one of just a handful of chemicals to be evaluated for potential risks to human health and the environment—all the more reason to address this chemical with the FDA now, rather than later.

The EPA lists 1,4-Dioxane as a likely human carcinogen by all routes of exposure and the National Toxicology Program of the U.S. Department of Health and Human Services has found that 1,4-Dioxane is “reasonably anticipated to be a human carcinogen.” According to the EPA, short-term exposure may cause eye, nose and throat irritation while long-term exposure may cause kidney and liver damage. ” In 2016, Congress passed a bipartisan bill to reform TSCA, including a new requirement that EPA evaluate chemicals based on the health risks they pose. In November, the EPA announced the first ten chemicals it would evaluate for potential risks to human health and the environment. Schumer noted that 1,4-Dioxane is one of the ten chemicals listed.

Earlier this year, Schumer and Gillibrand urged the EPA to prioritize and accelerate the risk evaluation for 1,4-Dioxane after it was found in the majority of Long Island water supply systems. Specifically, an EPA survey from August looked at 28 public water districts on Long Island and found that Long Island water suppliers exceeded the national average for traces of 1,4-Dioxane. According to this survey, the chemical is more prevalent on Long Island than anywhere else in New York State. The highest concentration of 1,4-dioxane was found in a well at the Hicksville Water District at 33 parts per billion—which has an estimated cancer risk of approximately 1 in 10,000 after extensive lifetime exposure. A Newsday/News 12 report also suggested that 71 percent of Long Island water suppliers detected levels of 1,4-Dioxane that pose a 1 in 1 million chance of getting cancer after prolonged exposure. Across the country, just 7 percent of water supply systems detected those levels.

Today, Schumer is bringing to light the fact that 1,4-Dioxane, a likely carcinogen, is regularly used as solvent in everyday toiletry items, usually ones that create suds, such as shampoos, shower gels, body washes, foaming hand soaps, bubble baths, and lotion. However, Schumer explained that shockingly the chemical is not required to be listed on a product’s ingredient’s list, making it difficult for consumers to avoid. Schumer explained that the concentration of 1,4-dioxane can be limited in the finishing ingredients of a product using a method known as “vacuum stripping.” The FDA has provided guidance on how to vacuum strip the chemical from cosmetic ingredients but companies are not required to use this method.

“The fact that this potentially carcinogenic chemical is present in so many products we use and is not required to be listed an ingredient on the label is shocking. We must change that ASAP so parents can identify an avoid the products that contain 1,4-dioxane and the power of the market can be brought to bear to reduce and eliminate this dangerous chemical,” said Schumer.

Moreover, Schumer explained that children and infants are especially vulnerable to harms from likely carcinogens like 1,4-Dioxane. According to the EPA, compared with adults, children are exposed to cancer-causing chemicals in greater amounts relative to their body size, and children metabolize the substances differently. According to a study conducted by the Campaign for Safe Cosmetics, in one survey testing 48 children’s bath products containing ingredients likely to be contaminated, 32 contained 1,4-dioxane.

The Federal Food, Drug and Cosmetics Act (FDCA) forbids the introduction and delivery of adulterated cosmetics into interstate commerce. The FDCA classifies a cosmetic as “adulterated” if it contains a “deleterious substance” rendering the product “injurious to users.” In his petition, Schumer made the case that cosmetics containing 1,4-dioxane should qualify as adulterated.

Schumer today, along with Senator Gillibrand, submitted a petition to the Commissioner of the FDA asking that the agency take prompt action to prohibit any detectable presence of the contaminant 1,4-dioxane in cosmetics. Schumer said that the chemical is particularly worrisome for Long Islanders because of the high levels of 1,4-Dioxane recently found in Long Island’s water systems. Schumer explained that 1,4-Dioxane emanates from these toiletry products after being used in the sink or bathtub and gets into the water supply via the drain, further polluting Long Island’s waterway. Schumer says that companies should be required to use the vacuum stripping technology to rid these products of this dangerous toxin. Following the submission of such a petition, the FDA will decide whether or not to commence rulemaking to require 1,4-Dioxane be removed from finished cosmetics products. 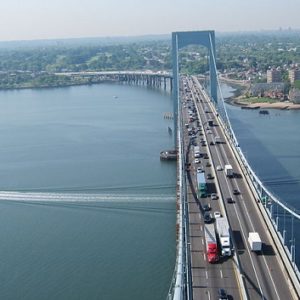