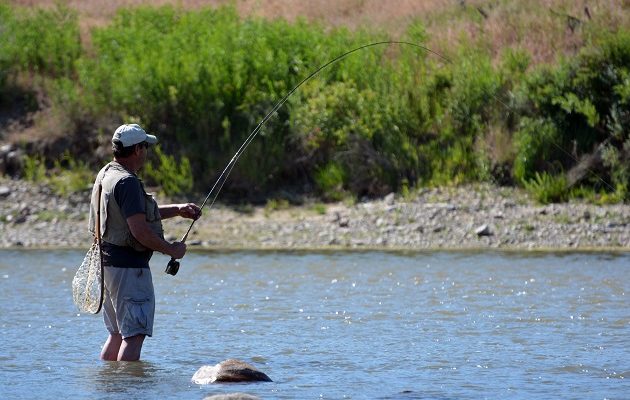 NEW YORK – Governor Andrew M. Cuomo today announced that the 2017 trout and salmon fishing season begins tomorrow, April 1. Anglers can visit DEC’s website to view this spring’s planned trout stockings in 314 lakes and ponds and 2,850 miles of streams across New York State. Department of Environmental Conservation staff and partners have been monitoring New York’s waterbodies and estimate that ample rain and snowfall during the winter months helped to fill depleted lakes and reservoirs and restored favorable stream flows for large parts of the state that were affected by drought during the fall of 2016.

“New York is home to world-class fishing in virtually every corner of the state,” Governor Cuomo said. “From the Catskills to the Adirondacks, from the Finger Lakes to Lake Ontario, or a small stream or neighborhood pond, I encourage New Yorkers and visitors alike to get out and enjoy all the great fishing that New York’s waters have to offer.”

The best early season angling opportunities for trout are typically in lakes and ponds, with some of the best fishing found immediately after ice thaws. Long Island, where anglers can enjoy a year-round trout season, provides good early season trout fishing with warmer water temperatures and most waters receiving at least a portion of their annual stocking allocations prior to April 1.

Early-season fishing conditions on Upstate trout streams will improve as snow melts and temperatures rise. Anglers will have the best success using bait and lures such as spinners that can be fished slow and deep. Fishing will improve markedly once water temperatures move into the 60s later in the spring.

DEC operates 12 fish hatcheries in New York and plans to stock more than 2.2 million catchable-size brook, brown and rainbow trout in 314 lakes and ponds and roughly 2,850 miles of streams across the state, which over the course of the spring will include 1.6 million brown trout, 426,300 rainbow trout, and 160,200 brook trout. That’s in addition to the stocking of nearly 2 million yearling lake trout, steelhead, landlocked salmon, splake, Chinook salmon, and coho salmon that will grow over the years to become catchable size fish.

DEC’s stocking program traditionally starts in late March and early April with the stocking of catchable-size trout in the lower Hudson Valley, Long Island, and western New York. Stocking then proceeds, as weather and stream conditions permit, to the Catskills, Adirondacks and other portions of the state. Given this year’s mid-March snowstorm, some delays in the stocking schedule can be expected in the state’s hardest hit areas. Anglers are encouraged to contact the regional DEC office where they intend to fish for up-to-date stocking information.

For those who prefer a quieter, more remote setting in the Catskills or Adirondack Park, more than 316,000 brook trout fingerlings will be stocked in 342 lakes and ponds in those locations this spring and fall, providing unique angling opportunities. A complete list of waters stocked from 2011 to 2016 is also available through Open NY at https://data.ny.gov/Recreation/Fish-Stocking-Lists-Actual-Beginning-2011/e52k-ymww.

As part of Governor Cuomo’s NY Open for Fishing and Hunting Initiative, which is aimed at increasing outdoor recreational opportunities in New York, the state is making significant improvements to DEC’s fish hatchery system and waterway access facilities. Since 2014, $11 million in NY Works funding has been budgeted for hatchery improvements. Projects completed in 2016 included the installation of fish-rearing raceways at Chateaugay Hatchery, pond renovations and a new emergency generator at the South Otselic Hatchery, cleaning of the major water supply line by “pigging” at Salmon River Hatchery, and new water and wastewater piping and valves at Rome Hatchery. Future hatchery projects and purchases under consideration include pond and raceway renovations at Catskill, Caledonia, and Randolph hatcheries, deep water well rehabilitation and a new feed storage building at Bath Hatchery, predator exclusion buildings at Bath and Cedar Springs Hatcheries, the installation of a single source discharge point for water at Caledonia Hatchery, upgrades/repairs to hatchery manager residences at numerous hatcheries, the purchase of two tank trucks for hauling fish waste, and the purchase of four flatbed fish stocking trucks for Adirondack, Chateaugay, Rome, and Van Hornesville Hatcheries.

Efforts to upgrade existing facilities or develop new boating and fishing access sites also continued in 2016. A new boat launch on Meacham Lake (Franklin County) will be open for use this spring. New universally accessible cartop launches and fishing piers were constructed on Esopus Creek (Ulster County) and Looking Glass Pond (Schoharie County). A newly refurbished fishing pier will also be open for early season trout anglers at Dunkirk Harbor (Lake Erie) in Chautauqua County. More than $6 million has been invested in boating and fishing access facilities over the past five years.

DEC also reminds anglers to be sure to take appropriate measures to stop the spread of aquatic invasive species in New York State. Adirondack anglers and boaters should be particularly vigilant. The Spiny Waterflea, a recent invader in the region, has slowly spread from its initial site of detection, Great Sacandaga Lake. This species can attach to fishing and anchor lines and downrigger cables and can also be found in the remnant water in a boat’s bilge, livewells, and bait wells. Boats, boating accessories, and fishing gear should be completely dried and/or disinfected with hot water before being used in a new body of water. Methods to clean and disinfect fishing gear can be found at www.dec.ny.gov/animals/50121.html.

Fishing License Requirements
Anyone 16 years of age and older that wants to fish in New York must have a State fishing license. Anglers can purchase and print a license for immediate use on their home computer at www.dec.ny.gov/permits/6101.html. Anglers can also purchase a license by phone by calling 1-866-933-2257, or from the numerous license issuing agents across the state. Those purchasing by phone will receive a confirmation number that can be used as proof of purchase until receiving their license by mail. Fishing licenses are valid for 365 days from the date of purchase. DEC also encourages those purchasing a license to purchase a Habitat/Access Stamp to help fund important access and habitat projects. For more information on the Habitat/Access Stamp Program go to www.dec.ny.gov/permits/47452.html.

Anglers interested in purchasing a lifetime fishing license should consider a New York State Adventure license which is incorporated on their New York driver’s license and provides a free fishing themed license plate. Additional information can be found at: www.licensecenter.ny.gov/. 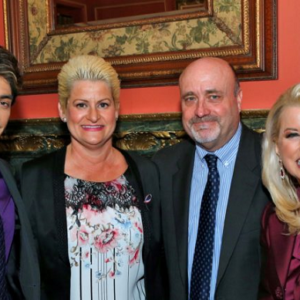