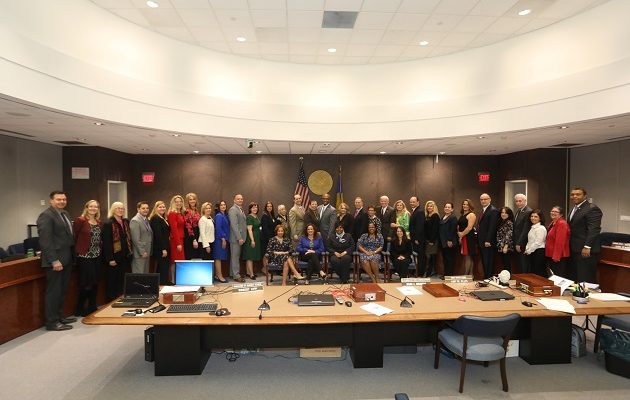 NEW YORK – Members of the Suffolk County Legislature, Tuesday, recognized 18 community leaders from each of the legislative districts for their work, including Sandra H. Thomas, paying tribute to her as the county-wide recipient of the Woman of Distinction honor.

The Woman of Distinction award, sponsored by the Suffolk County Women’s Advisory Commission, is the second annual event. Presiding Officer DuWayne Gregory, who nominated Ms. Thomas as a resident of his district, said, “I commend all of those women for the work they do, the leadership they have shown and their extraordinary service to all of their communities. It is a special honor for me to recognized Ms. Thomas as the recipient of my district’s award. She is a role model for women everywhere and a strong and committed community leader.”

Ms. Thomas is a longtime resident of Wyandanch. She is an active member of several community organizations, including the Concerned Taxpayers of Wheatley Heights/Dix Hills Civic Association, where she served as president and now president emeritus. She has been a social activist for more than four decades.

Ms. Thomas founded and established Resurrection House, a community-based shelter for homeless families which now includes five apartments for transitional housing. She is a Board Member of the Industrial Development Agency for the Town of Babylon (IDA), a member of the Suffolk County African American Advisory Board, and the Achievement Gap committee for the Half Hollow Hills School District where she focuses on staff development. She is also a former Co-Chairperson of the Hall Hollow Hills School District’s PTA Council Diversity Committee.

As a member of the Delta Sigma Theta Sorority Incorporated, she serves on several committees, including the Men of the Future Consortium, Empowering Males to Build Opportunities for Developing Independence (EMBODI) where she works collaboratively with members of Omega Psi Phi Fraternity and Links Inc. She is an original founding member of the Mother’s Club of Wheatley Heights where she has been the Education Co-Chair for many years.

She and her husband Douglas serve on the small Christian Community Committee as well as serving as Eucharistic Ministers. A retired Licensed Clinical Social Worker from Eastern Suffolk BOCES, she created and developed innovative programs to dispel racism, build esteem, and assist parents with parenting. Many of her ideas and programs have been adopted by other schools with the Eastern Suffolk BOCES. She has also led workshops in parenting skills for the Special Education Training and Resource Center.

She is a former trainer for the Suffolk County Sheriff’s Department, assisting Correction Officers with identifying and handling mildly challenged prisoners. She served as a graduate field instructor for SUNY Stony Brook and Fordham University.

Ms. Thomas has been a political, educational and socially conscientious voice in the Wheatley Heights community for many years. She and her husband have three daughters. 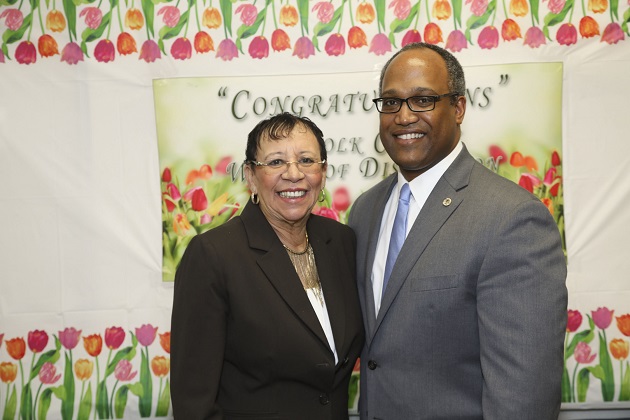 Presiding Officer DuWayne Gregory with his nominee and the winner of the honor as Woman of Distinction, Sandra Thomas.

The other Women of Distinction, all selected by the Suffolk County Women’s Advisory Commission, are:

Photo Pictured Above: Legislators and their nominees gather at the March 28, 2017 meeting to be recognized as Women of Distinction.
Press Release by Fran Evans.
Press Release Made Available by Presiding Officer DuWayne Gregory. 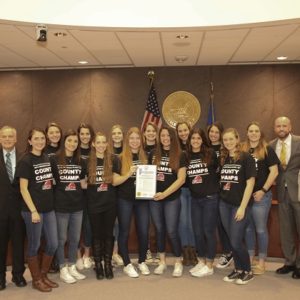