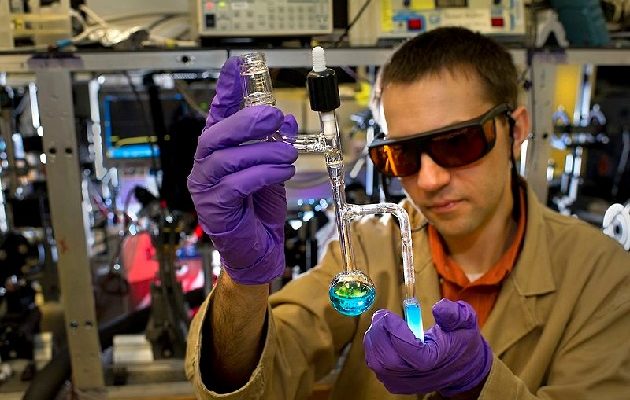 NEW YORK – Standing at Brookhaven National Lab, U.S. Senator Charles E. Schumer today revealed that the just-released White House budget decimates the nation’s national labs, including BNL, a world-renowned lab responsible for innovation, research and nearly 3,000 LI jobs. Schumer sounded the alarm and expressed serious concerns over a proposal to cut $900 million from the U.S. Department of Energy’s Office of Science, which funds national laboratories, like Brookhaven, and $2 billion from the Office of Energy Efficiency and Renewable Energy (EERE), the nuclear energy office, the energy reliability office, as well as the fossil energy research office.

“This major Department of Energy budget cut is a cut to our future, a cut to our knowledge, a cut to our research and a cut to good-paying Long Island jobs,” said U.S. Senator Charles Schumer. “Brookhaven National Lab is home to some of the world’s brightest minds and most cutting-edge innovations, which both advance human knowledge and spur our economy. I have always been a fierce advocate for BNL — and technology and research in general – because that is essential to keeping Long Island and America number one. These kinds of cuts not only hurt us today but they hurt the future jobs and the companies of tomorrow who would otherwise plant their roots on Long Island.”

Samuel L. Stanley Jr., M.D., President of Stony Brook University (SBU) and Vice Chair of the Board of Brookhaven Science Associates, said “Federal research funding is critical to the very fabric of our country. It enables innovation from institutions like Stony Brook, whose mission includes the pursuit of new medical, physical and engineering technologies that address the issues of our time, and positively impact current and future generations. It also helps our mission to educate students to become the next generation of innovators, giving them the experiential learning opportunities that will enable them to make a real difference. In short, Federal research funding is absolutely vital toward advancement of ideas and successful economic development. We reduce it at our peril.?”

Schumer said that Brookhaven National Laboratory relies on this federal funding each year–especially for its National Synchrotron Light Source-II and Relativistic Heavy Ion Collider (RHIC)– and these cuts could put the lab’s research and jobs at risk. Schumer said he promises to lead the fight to protect these Department of Energy programs, which help labs like BNL ensure the United States remains on the forefront of critical research and local job growth.

The DOE Office of Science is the nation’s lead federal agency supporting scientific research and basic research in the physical sciences. The office supports 10 of the 17 DOE laboratories, including Brookhaven National Laboratory on Long Island. With the funding it receives from the DOE Office of Science, Brookhaven National Laboratory conducts cutting-edge research that helps improve our nation’s energy security, address environmental challenges, and produce innovative technological breakthroughs that help fuel our economy and create jobs. Overall, BNL has 2,989 full time employees, 399 students and 1,348 visiting scientists. Brookhaven also operates and maintains a number of scientific facilities on which approximately 2500 university, industry, and government-sponsored scientists from across the country and around the world rely to conduct research.

BNL is operated and managed by Brookhaven Science Associates, a limited-liability company founded by the Research Foundation for the State University of New York on behalf of Stony Brook University, and Battelle, a nonprofit applied science and technology organization. BNL is home to world-class facilities like the Center for Functional Nanomaterials; the NASA Space Radiation Facility; the Accelerator Test Facility; the Computational Science Center; the Brookhaven Linac Isotope Producer; the National Synchroton Light Source-II and the Relativistic Heavy Ion Collider.

The Basic Energy Science program within the DOE Office of Science supports BNL’s National Synchrotron Light Source-II, a next-generation X-ray light source scientific user facility that is poised to foster breakthroughs in fields like energy security, environment, and human health. According to BNL, it will enable the study of material properties and functions with nanoscale resolution and exquisite sensitivity by providing world-leading capabilities for X-ray imaging and high-resolution energy analysis.

The Brookhaven National Lab’s Relativistic Ion Collider (RHIC) is a scientific user facility that allows over 1000 scientists and 200 students from around the world to study what the universe may have looked like in the first few moments after its creation. Schumer has said that RHIC has fueled work with industry, the Department of Defense, and other DOE programs on next-generation hadron radiotherapy facilities for cancer treatment, superconducting magnet energy storage systems, high-current energy recovery linacs for potential defense applications, and advanced medical imaging techniques and detectors.

Schumer has long advocated for robust federal funding for Brookhaven National Laboratory. Schumer today said that BNL carries out critical projects that help put Long Island on the map, fulfill critical scientific achievements and support thousands of jobs. Schumer said he will fight tooth and nail to protect these funds from being cut from BNL. 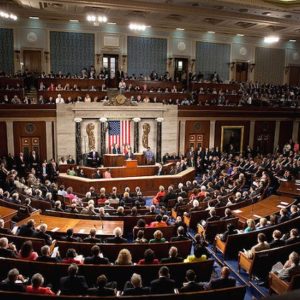 NEW YORK - New York's advocates for people with disabilities say proposed cuts to Medicaid would force many of them into...