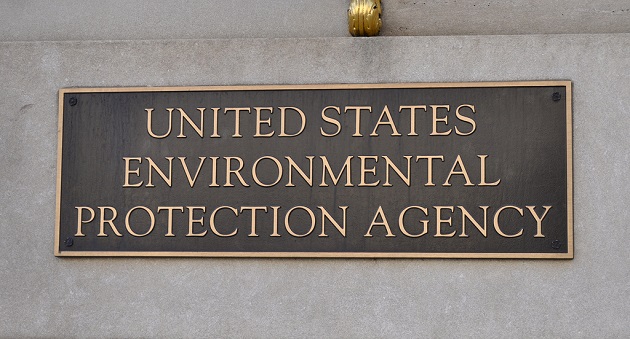 Standing along the Gowanus Canal, which is a designated federal Superfund site, Attorney General Schneiderman highlighted how the significant loss of EPA funding and reduction in the agency’s staffing levels would potentially slow, halt, or even reverse environmental protection throughout the state. Under President Trump’s proposed budget “blueprint” released last Thursday, the EPA would face some of the steepest cuts, as funding for the agency would be reduced by 31 percent or $2.6 billion – bringing the EPA’s budget to $5.7 billion, its lowest level in 40 years when adjusted for inflation, and eliminating more than 50 programs and 3,200 jobs.

“President Trump’s proposed budget cuts would have a devastating impact on New York – delaying and obstructing environmental projects around the state,” said Attorney General Schneiderman. “Decades of hard work have helped clean up New York’s air, water, and environment. But President Trump’s budget threatens to unravel those gains and send us back to the bad old days of choking smog and rampant pollution. As we’ve made clear: if the Trump administration won’t meet its legal obligations to ensure basic access to a clean, safe, and healthy environment, we won’t hesitate to act to protect New Yorkers.”

The proposed 30 percent cut in Superfund site cleanup funding could potentially translate to a reduction in staffing and administrative funding – and undermine the agency’s ability to perform vital oversight and management of cleanups – potentially slowing or even halting the vital progress made at the 85 federal Superfund sites across New York State. These sites include the Gowanus Canal in Brooklyn; Newtown Creek in Queens/Brooklyn; the former Wolff-Alport Chemical Company in Ridgewood, Queens; New Cassell/Hicksville groundwater contamination site in Nassau County and Dewey Loeffel landfill in Rensselaer County; Wappinger Creek in Dutchess County; Black River PCBs site in Jefferson County, Eighteen Mile Creek in Niagara County; and many others.

In September 2016, EPA officially proposed to add the Saint-Gobain Performance Plastics Site in Hoosick Falls to the Superfund list. Groundwater at the Saint-Gobain Performance Plastics facility, located at 14 McCaffrey Street, is contaminated with Perfluorooctanoic Acid (PFOA). The proposed blueprint budget cuts may mean that EPA will not designate Hoosick Falls as federal Superfund site. If Hoosick Falls is declared a Superfund site, significant questions remain whether it will have the staff and resources necessary to effectively and timely address this critical public health threat.

The budget also flat-funds state drinking water and wastewater grants; yet over the next 15 years, New York will need $39 billion to maintain its drinking water infrastructure and over $35 billion to maintain its wastewater treatment infrastructure. Nearly 95% of all New Yorkers receive water from public water supply systems, and over 1,600 municipalities are served by wastewater treatment facilities. Without essential funding, municipalities will be hard-strapped to finance and ensure the safety of their drinking water supplies – potentially jeopardizing the health of millions of New Yorkers.

Additionally, President Trump’s budget wholly eliminates funding for the Great Lakes Restoration Initiative, which is one of the most widely supported, bipartisan, and successful pieces of legislation in Great Lakes history. The Great Lakes Restoration Initiative has been critical in improving and protecting the health of these bodies of water, which support over 150,000 local jobs and have spurred millions in other investments.

Finally, the proposed budget makes dramatic cuts to climate change programs and research, which imperils not just water quality and infrastructure but the air quality and overall health, safety, and welfare of all New Yorkers and Americans. In 2011, Hurricane Irene in 2011 dumped more than 11 inches of rain on the Hudson Valley, eastern Adirondacks, Catskills, and Champlain Valley in just 24 hours, causing 31 counties to be declared disaster areas. Furthermore, an analysis found that the warming of the ocean and the higher sea level expanded the flooding of Superstorm Sandy by about 25 square miles and flooded the homes of an additional 80,000 people in New York and New Jersey.

Attorney General Schneiderman has also led coalitions of attorneys general in opposing the Trump administration’s environmental rollbacks, including fighting back against the administration’s weakening of vehicle emission standards; opposing President Trump’s Executive Order that seeks to eliminate the Clean Water Rule; and supporting the Clean Power Plan against efforts to discard the plan.

“The EPA is a vital institution that protects New Yorkers’ drinking water, helps remediate Superfund sites, such as the three located in New York’s 7th Congressional district, prevents our air from being polluted and can help our nation address the perils of climate change,” said Rep. Nydia M. Velázquez (D-NY). “Slashing these programs will be devastating for our nation, our City and the public health. We must speak with one voice in collectively opposing the Trump Budget’s deep cuts to our nation’s foremost environmental agency.”

“The proposed cuts to the Environmental Protection Agency are absolutely unacceptable and should be opposed across party lines, demographics and generations. We all depend on the work the EPA does to protect our environment both in its efforts to limit the effects of climate change and simply keep our water, air and land clean. In my district, EPA funding has been absolutely vital in cleaning up the Gowanus Canal after years of neglect. This work cannot be taken for granted and we should all be alarmed by efforts to slash the EPA’s funds,” said State Senator Velmanette Montgomery.

“The Trump administration’s proposed budget cuts to vital services and agencies are even more devastating than anyone could have anticipated. Proposed cuts to the EPA budget would have serious environmental and public health consequences on communities like ours in Brooklyn, where the Gowanus Canal was added to the Superfund program’s priority list because of its historic levels of contamination,” said Assemblymember Jo Anne Simon. “Thanks to Attorney General Schneiderman for his leadership on this issue which is critical to ensuring that New York is safe and clean for future generations.”

Council Member Costa Constantinides, Chair of the Council’s Environmental Protection Committee, said, “The Trump administration’s proposed 30% budget cut to the Environmental Protection Agency, the largest cut to any agency, will have devastating effects in New York and across our country. The cuts are a direct attack on our country’s ability to combat climate change and protect public health. Decreased funding to renewable energy programs and regulating emissions will lead to more pollution and public health risks associated with low air quality including high asthma rates. Despite what this administration pretends, climate change is real and a threat to our country. New York will to continue as a role model on environmental protection by fighting for more rigorous emissions standards and by encouraging use of renewable energy. I thank Attorney General Eric Schneiderman for his leadership on this important public health issue.”

“President Trump’s complete disregard for our environment, safety, and futures are evident in his egregious proposed cuts to the Environmental Protection Agency,” said Council Member Brad Lander from District 39. “The EPA’s Gowanus Superfund cleanup will dredge toxic sludge, reduce combined sewer overflows, and restore habitat in the Gowanus Canal. We have the opportunity to move from a tarnished legacy of two centuries of industrial pollution, to a community that reduces its impact on the planet. These proposed cuts might threaten our opportunity to do this — and beyond that, these cuts will affect our overall ability to protect clean water sources, clean air, and livable environments. This is why we must condemn the Trump Administration for their baseless attacks and rally our support behind the EPA.”

“This budget is a raw deal for New Yorkers. Drastic cuts to the EPA, from staff reductions, program eliminations, to the Superfund program, will have a chilling effect on New York just at the time when real progress is being made to restore the city’s vulnerable waterways,” said Paul Gallay, Hudson Riverkeeper. “In Brooklyn and Queens, the cleanups of Gowanus Canal and Newtown Creek, with a century-old history of oil, coal tar, raw sewage, and toxic industrial pollution dumping, would be threatened. We must stand together to protect progress in environmental remediation, restoration, and resiliency.”

“We salute AG Schneiderman for standing up to protect New Yorkers’ health and safety,” said Roland Lewis, President and CEO, Waterfront Alliance. “The White House’s reckless budget blueprint slashes nearly 30 percent from the EPA, which would have devastating environmental and economic consequences for the New York metropolitan region. By hampering the implementation of Superfund and brownfield cleanup programs and eliminating necessary research on our changing climate, these cuts would not only have adverse impacts to human health, but also suffocate the urban renaissance that environmental regulations such as the Clean Water Act and others have helped shepherd.”

SCHUMER: Privacy Rules Protecting the Most Sensitive Personal Information Stored on your Computer or Cell Phone are About to be Eliminated; Senator Demands House of Reps Kill Attempt to Undo Privacy Rules Before Info on your Health, Family, Finances & More is for Sale 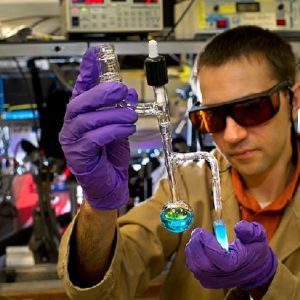