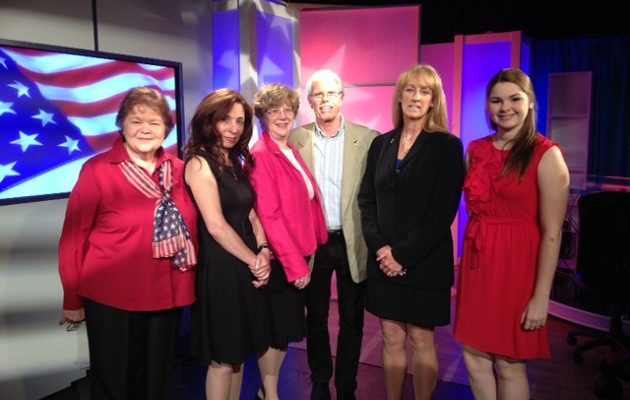 NEW YORK – “When Kathleen Sebelius signed the ‘abortion pill’ mandate, the conscience rights and religious freedom of millions of Americans were egregiously denied,” Barbara Samuells, co-founder and President of Catholics for Freedom of Religion (CFFR; www.cffor.org) told me in a recent interview. Samuells was referring to the Affordable Care Act’s Contraceptive Mandate, signed by US Health and Human Services Secretary, Kathleen Sebelius, on January 20, 2012. This mandate required that every employer with over fifty employees must include contraception, sterilization and abortion inducing drugs in their employees’ health care plan. Religious institutions, charities, schools and universities were included, with only churches themselves being exempt.

What made the mandate so highly objectionable to Samuells and countless other millions of Catholics and non-Catholics alike, she told me, was that it did not provide waivers to any religious based organizations which view contraception and abortion inducing drugs as antithetical to their religious principles and beliefs. “The Contraceptive Mandate violates the freedom of religion that the First Amendment guarantees for all Americans, regardless of their religion,’’ stated Samuells, a retired CPA and married mother of two.

That the mandate exempts Catholic and other Christian churches themselves did not to any degree mollify Samuells and like-minded critics of the mandate. “It affected all Catholic and other Christian service agencies and institutions, which employ and provide services to people of all religions,” she stated. “Under the mandate, even the Little Sisters of the Poor, an order of Catholic nuns who dedicate their lives to the care of the elderly poor of all faiths, would be forced, against the core teaching of their churches and their own consciences, to provide contraception coverage to their employees. “It also affected,” she added, “individual Catholic {and other Christian} business owners. As a Catholic and an American citizen I felt compelled to do something to help defend religious freedom in our great country.”

Within days, after the mandate was signed, Mrs. Samuells, who worships at St. Matthew’s Church in Dix Hills in Suffolk County, took to that task. Working at first alone, she wrote a manual containing specific examples of attacks upon religious freedom in America, and offering ideas on how parishioners could work together within their own churches to combat this attack upon their religious rights. “My mission,” she stated, “was to use the manual to empower these worshippers to become informed and effective in defending religious liberty.”

Mrs. Samuells was soon joined in this fulfilling this mission by Eileen Wolf, a parishioner at St. Aidan’s Parish in neighboring Williston Park. Together they approached Msgr. James McDonald, the pastor of St. Aidan’s, about the idea of starting a religious freedom group in his church. With his support the first CFRF was started. “Msgr. Mc Donald’s inspiring spiritual guidance greatly encouraged our work,” she stated. 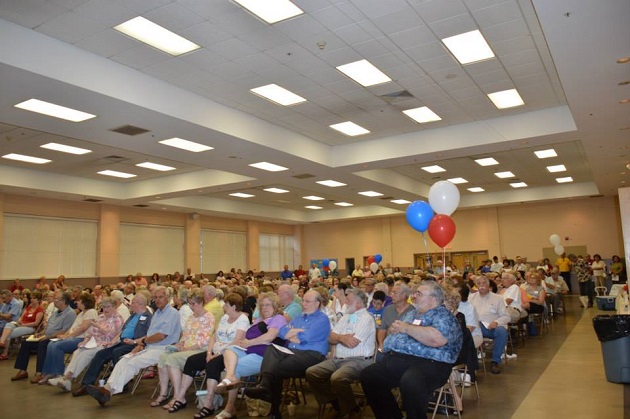 Soon expanding into parishes across Long Island from Nassau to Suffolk counties, Samuells’ original mission evolved into Catholics for Freedom of Religion, which is incorporated as a 501(c)(3) charitable and educational organization. Today there are approximately 20 parishes throughout Long Island that have active CFFR chapters and about 15 more that are in the process of starting ones of their own. In addition CFFR, now aided by about 100 volunteers, has reached out to parishes in other states, resulting in the formation of chapters in Texas, Florida and South Carolina.

“It is wonderful that we have grown so much. We are now able to get our message out to more and more concerned people of faith every day. One way we articulate that message is to simply state, ‘If we as Americans do not understand, cherish and protect our right to religious freedom we can actually lose it,”’ she said.

Mrs. Samuells, who told me that her non-salaried position as the foundation’s President involves a very busy workweek, described how CFFR, can and cannot, communicate their message. “As a 501(c)(3) foundation we are prohibited from advocating for any political party or candidate. That kind of partisanship was never our goal. We seek to defend and preserve religious liberty through teaching the source and facts of America’s religious freedom and raising awareness of cultural, legal and political attacks on that freedom.”

At first those educational methods involved simply distributing Mrs. Samuell’s original manual to parishes throughout Long Island. Over the past years few years, CFFR’s methods have become far more comprehensive. One method it now uses is to invite leaders in the field of religious freedom to be guest speakers at regular events, held mostly in churches.

Among those guest speakers have been Kris Ann Hall, a well- known constitutional attorney, Betsy McCaughey, a writer, television and radio commentator and former New York State Lieutenant Governor, and Rabbi Aryeh Spero, president of Caucus for America and author of Push Back: Reclaiming the Judeo-Christian Spirit. “We regularly have interested and concerned audiences from twenty-five up to five hundred attendees. When our speakers describe the restrictions becoming all too harsh and punitive toward religious freedom…when we explain egregious denials of religious liberty in schools, the military, the community and the workplace you can, as the saying goes, hear a pin drop in the room,” she said.

Mrs. Samuells added that she has developed, in particular, a great deal of appreciation and a deep sense of gratitude for the work of Rabbi Spero. “The attacks on religious freedom threaten people of all faiths. Rabbi Spero has eloquently and forcefully spoken and written on the need of Christians and Jews to work together as one to defend religious freedom for all,” she asserted.

As a second tool, CFFR produces a weekly bulletin disseminated in parishes throughout and even beyond Long Island. These bulletins include selected quotations on the importance of religious freedom; the quotes are taken from the writings of America’s founding fathers, including, George Washington, Thomas Jefferson and James Madison, as well many past and present major religious leaders, including Pope Benedict, Bishop William Murphy and Archbishop Chaput. In addition, the bulletin contains reports on current litigation concerning religious discrimination and describes the legal actions it has taken to support its alleged victims.

One such example cited in a recent bulletin occurred at a publicly funded state university in Wisconsin. “There were several students who attended Planned Parenthood presentations for which they received community service credits,” she stated. “There were, however, several other students who taught as volunteers in churches; incredibly, they were denied such credits.”

Mrs. Samuells elaborated that the Alliance Defending Freedom, a prominent religious rights law firm, directed its attorneys to file a legal brief on behalf of these students, arguing that their First Amendment Constitutional Rights had been violated. “This is clearly a case,” she contended, “of these students being discriminated against because they were teaching Christian values and beliefs.” She added that, as with similar past legal battles, she will use her weekly bulletin to keep her readers updated on this currently on-going appeal. 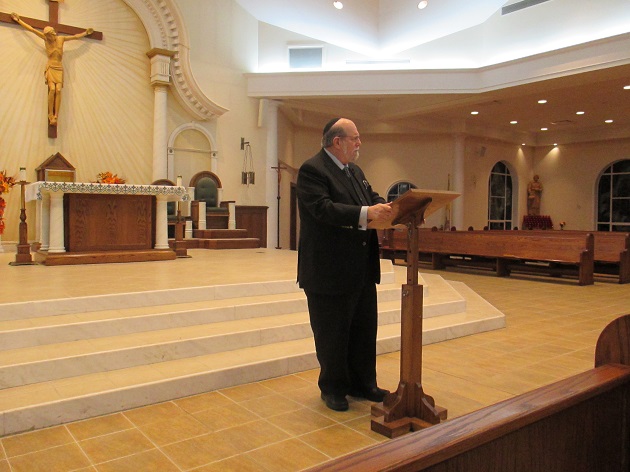 Thirdly, CFFR volunteers offer educational resources to Catholic students in the form of a lesson titled “Free to Speak.” Originally compiled by the organization Gateways to Better Education, Free to Speak details in its instructional pamphlets the constitutional rights of students to express their religious beliefs in public schools.

Mrs. Samuells elaborated that CFFR, has, also with the help Gateways to Better Education, expanded this pamphlet into a power point lesson. In addition, CFFR, she told me, has launched art and speech contests predicated on the theme of religious freedom, with winning art exhibited and winning speeches read by their composers at various CFFR Long Island events. “What I love about these contests,” Mrs. Samuells stated, “is that it gives children the opportunity to interact with their parents about the responsibility to defend religious freedom.”

As for the HHS Contraceptive Mandate, Mrs. Samuells explained that due to court challenges brought by law firms which defend religious liberty, including Alliance Defending Freedom, First Liberty Institute, The Becket Fund and Liberty Counsel, the mandate has, with some exceptions, still not been implemented. “Good people have fought in the court of law and others have fought in the court of public opinion to repel this attack upon religious freedom. It is our hope that in the near future the mandate will be totally rescinded.” 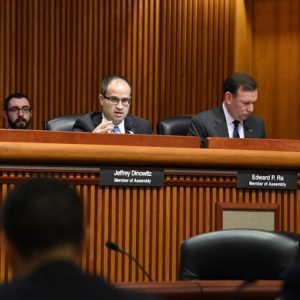