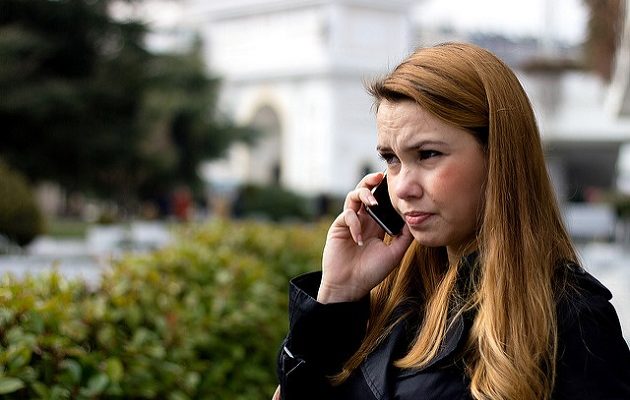 NCDA Returns more than $17,000 to Woman Victimized in IRS Scam

NEW YORK – Nassau County District Attorney Madeline Singas announced that $17,900 has been returned to a woman who lost it as a result of an IRS impersonation scam.

The 64-year-old victim received calls threatening to arrest her in July, August and September 2016 by men on the phone claiming to be IRS agents. On each occasion, the men told the victim that she owed back taxes and must immediately deposit the money into a Bank of America account to avoid arrest. The victim deposited $8,900 into an account on July 25 and $9,000 on Aug. 4. On two other occasions she was told that she would be arrested and lose her house if she didn’t send more money.

After all the demands for payment of money owed, but never receiving any documentation in the mail, the victim suspected she was being scammed. On Sept. 27, the victim told employees at Bank of America about her concerns and she was told to call the police immediately.

The case was assigned to the Nassau County Police Department’s Crimes Against Property Squad and following an investigation, the NCPD requested a warrant be issued to seize the funds in the Bank of America accounts. The money was held and not distributed to the account holders, located in Texas and California who were contacted by NCPD.

The investigation is ongoing.

The account holders did not claim any rights to the funds and signed affidavits consenting to such money being returned to the rightful owner. Oct.6, 2016, Bank of America issued a $17,900 check payable to the NCDA. With all the known information, the court found sufficient evidence to sign an order authorizing the office to return the money to the victim, as the rightful owner. The court authorized the funds be released to the victim on Jan. 6 and the check given to her on Jan. 26.

“Scammers are calling New York residents from phony numbers that are altered to look like they are coming from the IRS in Washington,” DA Singas said. “Often these scammers threaten to send the police or begin the home foreclosure process. State and federal authorities never make unsolicited phone calls demanding personal information or money, and anyone receiving this kind of call should hang up and report the call to my office immediately.”

Nassau County Police Commissioner Thomas Krumpter said: “The individuals that prey on our residents, many of which are our senior citizens, will realize that there is no tolerance for these types of crimes in Nassau County. I would also like to congratulate our investigators in the Crimes Against Property Squad and the District Attorney’s Office for a job well done. Lastly, I would like to remind our residents to call the police to report any type of incident where they believe they are the victim of a scam.”

DA Singas said government-impersonating scammers are getting more sophisticated – they may have the last four digits of your social security number, send authentic-looking emails (sometimes in combination with a phone scam), play background noise to simulate a call center, or create a series of phone calls from purportedly different sources.

It is important for taxpayers to know that the IRS: 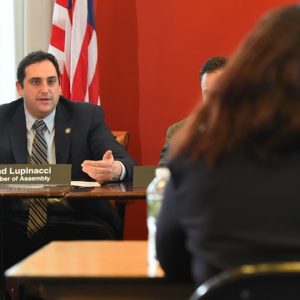