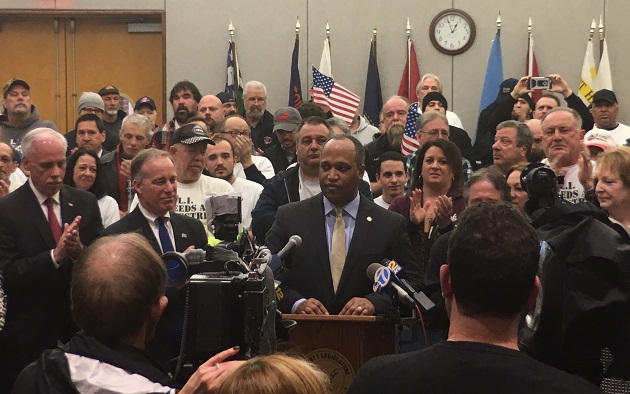 NEW YORK – Alongside a crowd of supporters so large the press conference had to be moved from the lobby to the auditorium, Suffolk legislators unveiled a maneuver to explore the possibility of building a drag strip in the county.

At the Suffolk County legislative building today in Hauppauge, Presiding Officer DuWayne Gregory announced that he has formed an ad hoc committee to look into bringing legal drag racing to Suffolk County. The move was prompted by a request from Legislator Tom Cilmi after racing enthusiasts conveyed a desire for a family-oriented motorsports park.

The committee will investigate potential locations in Suffolk for a drag strip, the economic benefits the project could bring, and the impact it would have on combating illegal drag racing and threats to public safety. Committee members will include motorsports advocates, a county representative from the Department of Planning, and a representative from the Suffolk County Supervisors’ Association, as well as a bipartisan group of legislators made up of Presiding Officer Gregory and Suffolk Legislators Cilmi, Al Krupski and Robert Trotta.

“Long Island has thousands of families who are passionate about racing as a sport, and providing a legal outlet for drag racing could bring tremendous economic benefits to Suffolk County,” said Presiding Officer Gregory. “Long Island is losing money in sales tax as residents and tourists flock to nearby states, including New Jersey, to use their drag racing strips. Estimates indicate a drag strip could generate more than $100 million in revenue as well as spur job creation in high-tech industries that build cars and support racing. Additionally, illegal drag racing is a public safety issue, and providing a safe place to participate in motorsports will keep street racers off of public roads.”

More than 100 members of the Long Island Needs a Drag Strip advocacy group stood alongside legislators at the press conference to express their support and gratitude.

“It’s great news that Presiding Officer DuWayne Gregory and the Legislature are taking a serious look at the possibility of creating a drag racing strip in Suffolk County,” said John Cozzali, of Mastic, founder of Long Island Needs a Drag Strip. “My fellow racers and I are so happy to see this big step take effect. We look forward to working on this initiative, which we believe will have a positive economic impact for Long Island and will create a safe place for the new generation to come and race.”

“Racing is probably the largest spectator sport in the United States. The crowd that stood behind us today is indicative of the popularity of the sport right here in Suffolk County,” said Legislator Cilmi, who represents the 10th District. “We are thrilled to embark on this effort to find an appropriate location for a racing park here in Suffolk County. In so doing we will help generate millions of dollars for our local economy, support small businesses, and provide a venue for a wholesome family-oriented recreational activity for everyone to enjoy for years to come.”

“I will be joining with the Presiding Officer to explore the possibility of locating a drag strip in an appropriate location in Suffolk County,” added Legislator Krupski, who represents the North Fork. “I look forward to working with the committee to reach consensus recommendations that will address the concerns and needs of all stakeholders.”

“Based upon the number of people who showed up here today, there is clearly a demand,” said Legislator Trotta, who represents the 13th district. “This county needs revenue, and if we can put a drag strip in and attract people from all over the country to come here and spend money, it’s a great thing. The problem is, we have limited space, but we are going to do our best to find a place and figure out a way to make this happen.”

Pictured Above: Suffolk County Legislature Presiding Officer DuWayne Gregory, alongside his colleagues and with the support of motorsports advocates, announces the formation of a committee to explore the possibility of bringing a drag strip to Suffolk.
Press Release by Luann Dallojacono.
Press Release Made Available by the Office of Presiding Officer DuWayne Gregory. 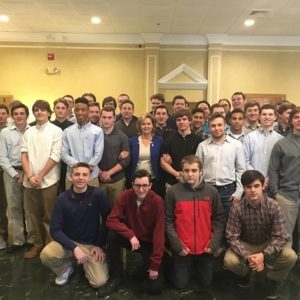