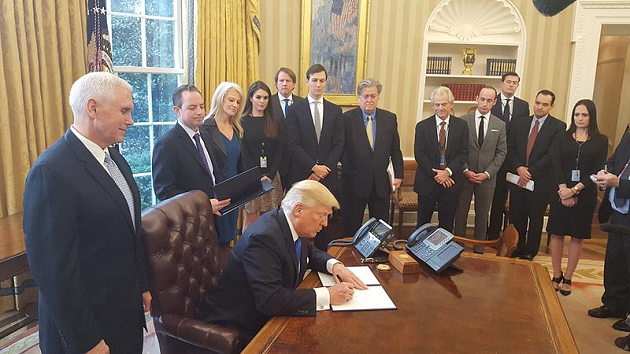 “Our proposed complaint describes how President Trump’s executive order is not only unconstitutional and fundamentally un-American, but also how it does profound harm to our families, our economy, and our educational and health care institutions,” said Attorney General Schneiderman. “President Trump’s intent to discriminate against Muslims is clear. We will continue to use every tool at our disposal to fight this discriminatory ban and protect all those caught in the crossfire of its chaotic implementation.”

The motion was filed in the U.S. District Court in the Eastern District of New York.

The Proposed Complaint’s central allegations include the following:

Intent to Discriminate Against Muslims

As Attorney General Schneiderman’s proposed complaint describes, President Trump has made many statements demonstrating his intent to discriminate against Muslims on the basis of their religion, including by banning the entry of Muslims into the United States. The proposed complaint also describes comments from President Trump and his surrogates after signing the Executive Order, which made clear the restrictions were targeted to Muslims, including Rudolph Giuliani’s January 28th statement:

“I’ll tell you the whole history of it. So when [President Trump] first announced it, he said ‘Muslim ban.’ He called me up. He said, ‘Put a commission together. Show me the right way to do it legally.’ . . . . And what we did was, we focused on, instead of religion, danger — the areas of the world that create danger for us.”

Conflicting and Changing Interpretation and Implementation

The proposed complaint goes on to describe the conflicting and changing interpretations and implementation of President Trump’s executive order by the federal government, including as it relates to lawful permanent residents and dual nationals. The “sweeping breadth and lack of clarity” of the order has resulted in inconsistent implementation by immigration authorities — and has jeopardized the health and safety of the families caught up by these uncertainties.

New York is home to over 4.4 million foreign-born residents (22.5 percent of the state’s population), including 15,000 people born in one of the seven affected countries. The Attorney General’s proposed complaint alleges that the Executive Order has “significantly harmed the overall health and well-being of New York and its people, as well as its business interests and economy.” 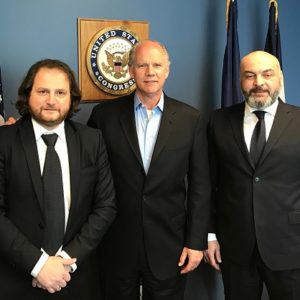 By Robert Golomb NEW YORK – The day April ninth, 1989 will always remain fixed in the mind of Nikoloz Chkheidze. On that...