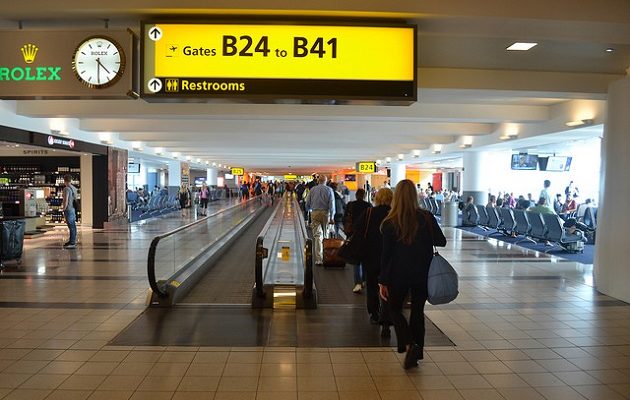 NEW YORK – Governor Andrew M. Cuomo today announced he is advancing new legislation to strengthen protections for airport workers against assaults and ensure these employees enjoy the same protections that currently apply to other transit workers across New York. The Transportation Worker Protection Act will consider an assault against an airport worker to be a class D felony, punishable by a maximum of seven years in prison. This action follows the recently reported attack on a Muslim employee at John F. Kennedy International Airport on Wednesday. The Governor made the announcement at a press conference in New York City with Hector Figueroa, President of the Airport Workers’ Union 32BJ.

“In New York, we will not allow individuals to be abused or violated based on their job, race or religion. As the frequency of these attacks increase, so will our diligence,” Governor Cuomo said. “The Transportation Worker Protection Act provides additional safeguards for attacks on transportation workers and any such act will be prosecuted as a felony. New York has zero tolerance for intolerance, and we will work with the Senate and Assembly to make this law a reality.”

“Every day airport workers, regardless of their religion or race, work on the front lines to keep millions of passengers safe and secure,” said Hector Figueroa, President of the Airport Workers’ Union 32BJ. “Discrimination doesn’t only happen in the streets, it happens at work as well. This important ACT is a great move to keep airport workers safe in return for their hard work.”

Under current law, on-the-job assaults against transit employees – including bus operators, train operators, ticket inspectors, and conductors – are considered Class D felonies. However, current law does not specifically include airport workers in this category of transit employees. This new law will remove any ambiguity and explicitly include airport workers among those whom an assault against would result in increased penalties.

The legislation builds on past actions the Governor has taken to strengthen safety and protections for airport workers. A joint state-federal review team recently developed a series of recommendations to improve emergency response and enhance safety at JFK. Based on the review, New York is implementing four security recommendations:

In 2014, the Governor also mandated a mandatory minimum wage increase for workers at LaGuardia Airport and John F. Kennedy International Airport that raised the minimum wage from $9.00 to $10.10 in 2015. The Governor’s living wage law will also raise salaries for New York City airport workers to $15.

In addition, the Governor announced earlier this month the formation of a new Interfaith Advisory Council, led by Cardinal Dolan, to help achieve a greater understanding and tolerance of all religions and cultures, promote open-mindedness and inclusivity, and bolster the state’s efforts to protect all New Yorkers. 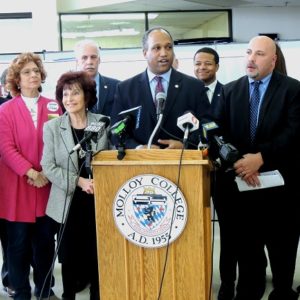