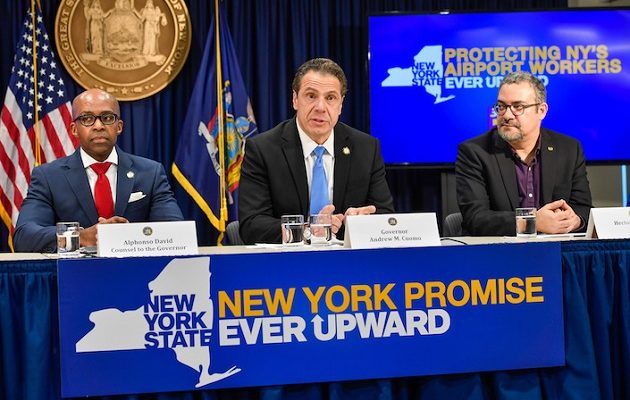 Several have been detained at JFK and thousands of New Yorkers poured into the airport to protest. Speaking at his New York City office on Sunday, Cuomo offered legal assistance to those being detained at the airport.

“We are a nation of laws,” Cuomo said. “Why? So an executive cannot by fiat exercise a theory or a practice that is violative of the laws.”

Cuomo announced that lawyers from the office of the Governor’s Counsel would serve as counsel for any detainees in need of legal assistance.

Refugees also are being detained at airports around the nation.

The federal government has not released any information on those who have been detained, including their names. To help identify those being held, Alphonso David, counsel to the governor, said the state has created a toll-free number.

“For family members and friends to confidentially report passengers who were scheduled to land at New York airports from any of the seven countries that are identified in the executive order, but did not,” David said.

The original executive order was applied to legal permanent residents of the United States returning home after visiting family as well as immigrants and refugees.

Responding to an assault against a Muslim airport worker last week and an increase in hate crimes nationwide, Cuomo also announced that he will be introducing new legislation to increase penalties for violence against transportation workers.

“We call the law the Transportation Worker Protection Act,” he said. “We will be introducing it this week and hopefully we can get it passed on an expeditious basis because of the severity of the situation.”

Rabeeya Khan, a cabin cleaner at JFK, was physically and verbally assaulted by a traveler. Hector Figueroa, president of 32BJ, the Service Employees International Union, praised the governor’s action.

“This is a step that clarifies that airport workers are subject to the same protections that a bus driver or a subway operator is,” Figueroa said.

The law will make assaulting any transportation worker a class D felony, with a penalty of up to seven years in prison. 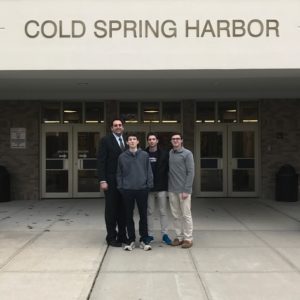