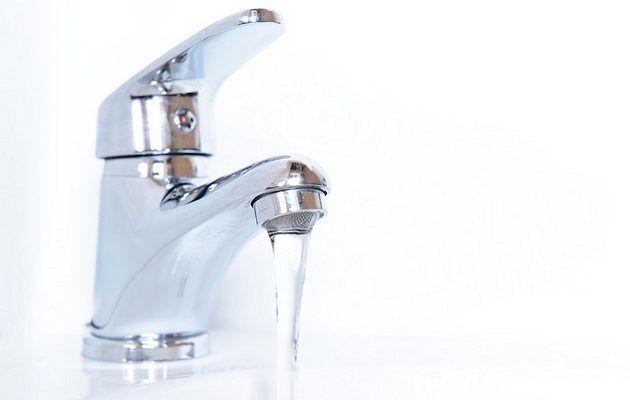 NEW YORK – U.S. Senator Charles E. Schumer and U.S. Senator Kirsten Gillibrand today called on the United States Environmental Protection Agency (EPA) to prioritize and accelerate the risk evaluation for 1,4-dioxane, a potential carcinogen that was found in 71 percent of Long Island water supply systems. Under the just-passed Toxic Substances Control Act (TSCA) reform bill, 1,4-dioxane was named by EPA as one of the first ten chemicals to be evaluated for potential risks to human health and the environment.

“Long Island homeowners cannot afford an EPA raincheck when it comes to investigating 1,4-dioxane and its impact on our local water,” said U.S. Senator Charles Schumer. “That is why I am urging the EPA to open the floodgates and commit the resources required to swiftly investigate this serious chemical and any implications it may have on our local water supplies. When it comes to Long Island drinking water, we can’t take any chances. That’s why I pushed through a law that requires the feds to shine a light on the potential dangers of chemicals like this one.”

“It’s unacceptable that while the drinking water on Long Island is contaminated with a possible carcinogen, the EPA is not acting with the urgency that the situation requires in order clean up our water supply,” said Senator Gillibrand, a member of the Senate Environment and Public Works Committee. “Under the updated Toxic Substances Control Act, the EPA is required by law to move quickly when our water supply is at risk and must immediately investigate Long Island’s water supply. I will continue to work with my colleagues to make sure the EPA takes action.”

1,4-dioxane is currently unregulated and there is no federal maximum contaminant level for 1,4-dioxane in drinking water. Schumer today said that because the chemical has been found in the majority of Long Island water supply systems, the EPA must speed up the TSCA risk evaluation for 1,4-dioxane to determine any potential health hazards associated with the chemical. Schumer also said that, if warranted, the EPA should take immediate steps to establish a Maximum Contaminant Level (MCL).

In 2016, Congress passed a bipartisan bill to reform TSCA, including a new requirement that EPA evaluate chemicals based on the health risks they pose. In November, the EPA announced the first ten chemicals it would evaluate for potential risks to human health and the environment. Schumer noted that 1,4-dioxane is one of the ten chemicals listed. The risk assessment will ultimately determine whether the chemical presents an unreasonable risk to humans and the environment. If it is determined that the chemical presents an unreasonable risk, the EPA must mitigate that risk within two years.

An EPA survey from August looked at 28 public water districts on Long Island. The survey suggested that Long Island water suppliers exceeded the national average for traces of 1,4-dioxane. The survey suggests that the chemical is more prevalent on Long Island than anywhere else in New York State. The highest concentration of 1,4-dioxane was found in a well at the Hicksville Water District at 33 parts per billion—which has an estimated cancer risk of approximately 1 in 10,000 after extensive lifetime exposure.

A Newsday/News 12 report recently suggested that 71 percent of Long Island water suppliers detected levels of 1,4-dioxane that pose a 1 in 1 million chance of getting cancer after prolonged exposure. Across the country, just 7 percent of water supply systems detected those levels.

The EPA lists 1,4-dioxane as a likely human carcinogen by all routes of exposure. According to the EPA, short-term exposure may cause eye, nose and throat irritation while long-term exposure may cause kidney and liver damage. EPA risk assessments indicate that the drinking water concentration representing a 1 x 10-6 cancer risk level for 1,4-dioxane is 0.35 ?g/L. There is currently no federal maximum contaminant level for 1,4-dioxane in drinking water. Moreover, there is not yet a state-approved method for removing 1,4-dioxane from the water supply.

A 2014 technical fact sheet compiled by the EPA said that 1,4-dioxane is found at many federal facilities because of its widespread use as a stabilizer in certain chlorinated solvents, paint strippers, greases and waxes. The Newsday report suggested that the appearance of 1,4-dioxane on Long Island may be as a result of the region’s industrial era and involvement in aviation, manufacturing and agricultural operations.

The two senators also released this letter below:

Following the U.S. Environmental Protection Agency’s (EPA) 5-year review of unregulated contaminants in drinking water supplies on Long island, which revealed a prevalence of 1,4-dioxane that far exceed the national average in drinking water supplies, we write to urge the EPA to accelerate the risk assessment for the chemical under the Toxic Substances Control Act (TSCA) and, if warranted, to take rapid steps to establish a national standard or Maximum Contaminant Level (MCL).

As you know, exposure to 1,4-dioxane, which EPA classifies as likely to be carcinogenic by all routes of exposure, can potentially cause long-term adverse health effects, including liver and kidney damage, as well as short-term side effects, including drowsiness and irritation of the eyes and nose. It is troubling that currently no national standard exists regulating levels of 1,4-dioxane, a potentially carcinogenic substance. State officials and water districts are struggling to coordinate the best course of action and are in need of more data, analysis and direction from the EPA. Concerned residents and municipalities have reached out for guidance on how to mitigate the effects of this spreading contaminant. Among other affected communities, a Hicksville well showed 1,4-dioxane occurring at 33 parts per billion, a level higher than almost any other part of the country. With the EPA’s technical expertise with contaminants, we request that you immediately provide technical support to help impacted water districts investigate the full scope of the problem and assist with any necessary remediation as quickly as possible.

Again, we urge you to act quickly to complete the TSCA risk assessment for 1,4-dioxane and provide assistance to Long Island communities in addressing this contaminant. 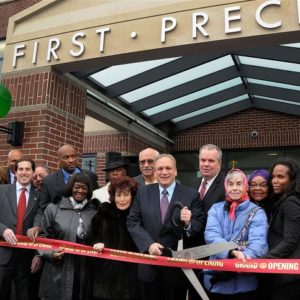