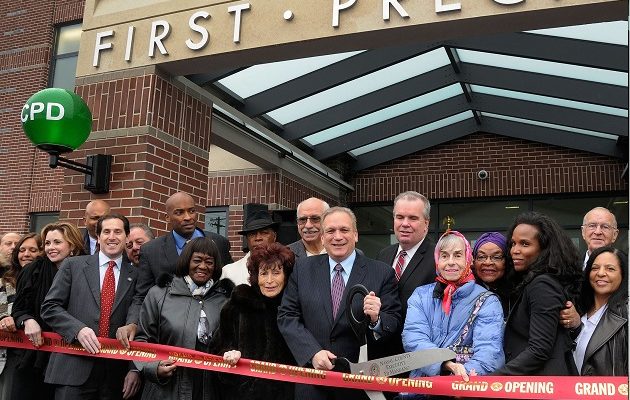 NEW YORK – Nassau County Executive Edward P. Mangano and Acting Police Commissioner Thomas Krumpter were joined today by elected officials, police officials, community and religious leaders at the Grand Opening Ceremony of the Nassau County Police Department’s new First Precinct, located at 900 Merrick Road in Baldwin. Construction on the new First Precinct began in November 2014 after the Mangano administration cancelled a lucrative lease agreement with a private business owner that was signed by the prior administration and would have cost taxpayers an additional $21 million on a building that the County did not own. Under the leadership of County Executive Mangano, Nassau constructed a new 20,000 square foot state-of-the-art facility that taxpayers own. The precinct includes a dedicated line-up room, multiple private interview areas, a turnout room and a break room.

“For nearly 40 years there has been talk of constructing a new First Precinct in Baldwin and my administration in partnership with the Legislature and community activists got it done,” said County Executive Mangano. “My administration will continue to invest the resources needed to maintain public safety in our communities and protect our residents from the unprecedented times in which we now live. With crime down 27% since 2009, Nassau is one of the safest large suburban counties in America and we intend to keep it that way.” 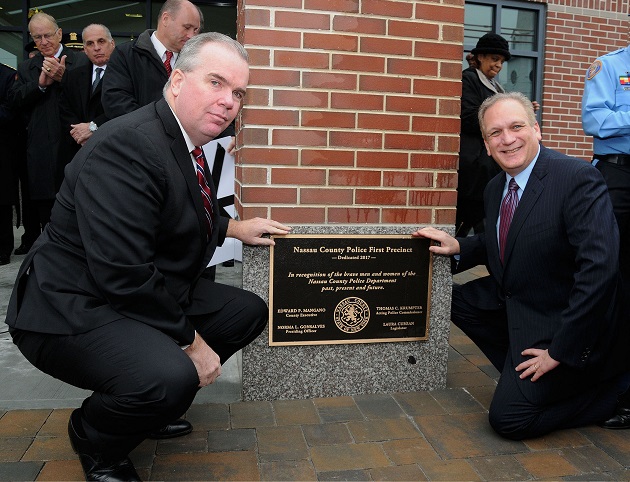 The new first precinct is dedicated ‘In recognition of the brave men and women of the Nassau County Police Department, past, present and future.’ Successfully reducing crime is directly attributable to a dedicated and well-trained police force, intelligence-led policing models and strategic communication. Nassau County has seen crime drop by 27% since 2009, including a 50% decrease in residential burglaries, a 46% reduction in stolen vehicles, and a 43% decrease in robberies. Nassau County is reporting the lowest crime rate in its history since 1966 – the year that crime statistics were first recorded. In 2016, major crime dropped 8.71% across all NCPD precincts, continuing a downward trend that began in 2010. 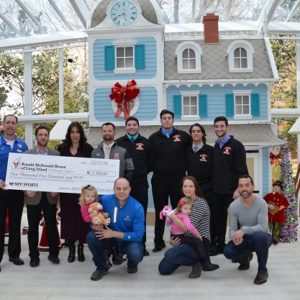 NEW YORK - NFP Sports has partnered with Long Island McDonald’s to help benefit the LI Ronald McDonald House through their...