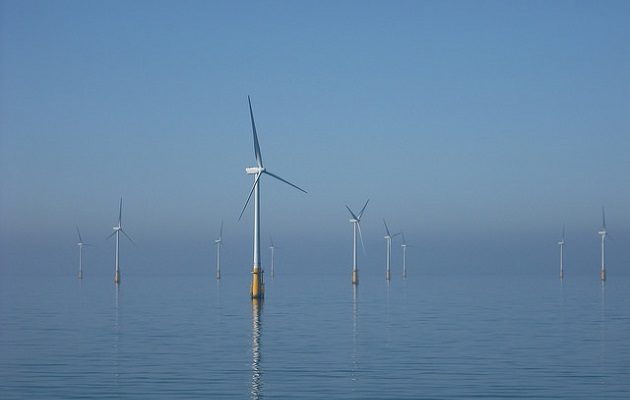 NEW YORK – Governor Andrew M. Cuomo today announced the Board of Trustees of the Long Island Power Authority voted to approve the nation’s largest offshore wind farm, and the first offshore wind farm in New York. The approval of the South Fork Wind Farm, a 90 megawatt development 30 miles southeast of Montauk, is the first step toward developing an area that can host up to 1,000 megawatts of offshore wind power. The wind farm, which is out of sight from Long Island’s beaches, will provide enough electricity to power 50,000 Long Island homes with clean, renewable energy, and will help meet increasing electricity demand on the South Fork of Long Island.

The vote comes two weeks after Governor Cuomo called on LIPA to approve the wind farm project and announced an unprecedented commitment to develop up to 2.4 gigawatts of offshore wind by 2030 in his regional State of the State address on Long Island. The 2.4 gigawatt target, which is enough power generation for 1.25 million homes, is the largest commitment to offshore wind energy in U.S. history, helping to bring this valuable resource to New Yorkers at a scale unmatched in the United States.

“New York leads the nation in pioneering clean energy innovation, and this bold action marks the next step in our unprecedented commitment to offshore wind, as well as our ambitious long term energy goal of supplying half of all electricity from renewable sources by 2030,” Governor Cuomo said. “This project will not only provide a new, reliable source of clean energy, but will also create high-paying jobs, continue our efforts to combat climate change and help preserve our environment for current and future generations of New Yorkers.”

The LIPA Board approved a contract submitted by Deepwater Wind for the South Fork Wind Farm after a year-long process engaging the private sector for the best available clean energy generation ideas and detailed cost modeling. Other elements of LIPA’s South Fork energy portfolio include transmission enhancements and additional clean energy solutions such as battery storage and consumer electricity demand reduction.

The LIPA Board approved a 20-year pay-for-performance Power Purchase Agreement, allowing the utility to only pay for delivered energy without taking construction or operating risk. Advancing technology and innovation reduced the projects all-in wind energy price to be competitive with other renewable energy sources.

In addition to today’s approval for the South Fork Wind Farm, the New York State Energy Research and Development Authority is continuing to develop an Offshore Wind Master Plan outlining the State’s commitment to developing cost-effective offshore wind resources in federal waters off the coast of New York. The Master Plan, to be released in late 2017, will show how additional New York coastal sites may be developed responsibly and will set capacity targets and commercial operation dates for each site. The state will continue to work closely with coastal community members, the fishing and maritime industries, environmental advocates and other stakeholders to identify additional offshore wind energy sites to be included in New York’s Offshore Wind Master Plan.

Tom Falcone, LIPA’s Chief Executive Officer, said, “We are confident this is the first step to developing the tremendous potential of off-shore wind off Long Island’s coast and meeting Governor Cuomo’s Clean Energy Standard. This project is the right size, at the right location and demonstrates how smart energy decisions can reduce cost while providing renewable energy and clean air for all of Long Island.”

John Rhodes, President and CEO of NYSERDA said: “New York is leading the nation in developing offshore wind to provide clean, renewable energy and I applaud LIPA’s approval of the South Fork Wind Farm. Offshore wind has great potential to help us achieve our ambitious clean energy goals under the Clean Energy Standard and Reforming the Energy Vision as well as the Governor’s 2.4 gigawatt goal, and this project will reduce our carbon footprint and protect the environment for generations to come.”

New York State Senator Phil Boyle said, “I applaud the Long Island Power Authority’s consideration of the proposed 90-megawatt, 15-turbine wind farm east of Montauk and encourage the Board of Directors to approve the Deepwater Wind proposal. With major changes in NY’s energy markets in recent years, including retirements of coal and nuclear generation and an increasing reliance on natural gas, it is more essential than ever to increase local renewable energy sources on a large scale. The proposal by Deepwater Wind will create jobs, and will ensure the protection of NY’s coastline, the tourism industry, and the quality of life for all here on Long Island.”

New York State Senator Todd Kaminsky said, “A comprehensive offshore wind program is vital to growing a clean-energy economy and combating climate change. With this offshore wind farm, New York will take its rightful place as the national leader in advancing renewable energy. I will continue to advocate for investments in renewable energy that lower carbon emissions and grow our clean-energy economy.”

New York State Assemblyman Steve Englebright said, “By making the commitment to move forward with this offshore wind project, LIPA will not only help New York further its state-wide carbon reduction and renewable energy goals but will also help to establish the infrastructure and quality labor force necessary to give Long Island and New York State the long-term competitive edge in an emerging offshore wind industry.”

New York State Assemblyman Fred W. Thiele, Jr. said, “Long Island, and particularly the East End, faces unique energy and economic challenges. As one of the few parts of Long Island in which energy demands continue to grow, we face a steadily increasing need for new sources of power. Our existing electricity grid is operating at its limits and, given our population density and our commitment to conservation, building any new energy infrastructure here is difficult. I am pleased that with today’s announcement LIPA broadens their commitment to maintaining a renewable energy portfolio. Not only will this help the South Fork meet its increasing energy demand, but will do so in an environmentally responsible manner, creating jobs for our State.”

Suffolk County Executive Steve Bellone said, “By locating the offshore wind farm 30 miles offshore, it will be over the horizon and will not impact views from our beaches. By installing energy storage facilities in Montauk and Wainscott, it will deliver reliable power without the noise and emissions that accompany conventional power plants. And, by providing enough clean energy for 50,000 Long Island homes, it will help to mitigate climate change and establish New York State as a leader in clean energy.”

Kit Kennedy from NRDC said, “This is what our clean energy future looks like. Greenlighting the nation’s largest – and New York’s first – offshore wind farm would be a giant step forward in finally unleashing the largely untapped potential of this plentiful source of clean energy. Approving this project is critical to putting Governor Cuomo’s bold climate goals for the state into action.”

Adrienne Esposito, Executive Director, Citizens Campaign for the Environment said, “Our transition from fossil fuels to renewables has just taken a giant leap forward with this historic decision. This is game changer, a legacy that all New Yorkers will be proud of. By tackling climate change head on New York is proving to be a global leader.”

Gordian Raacke, Executive Director of Renewable Energy Long Island said, “This is a big step for LIPA, a bold step for renewable energy on Long Island, and the beginning of an offshore wind industry in the State of New York and the country. “We commend Governor Cuomo and LIPA for showing visionary leadership in the transition to renewable energy and thank all who have advocated for offshore wind energy over the last couple of decades.”

Elizabeth Gordon, Director of the New York Offshore Wind Alliance said, “LIPA’s 90 MW South Fork project moves New York to the forefront of offshore wind development in America. “Major progress on what will be the nation’s largest offshore wind project, combined with Governor Cuomo’s 2,400 MW commitment, makes it clear that New York is entering a new energy era – one where offshore wind power is poised to play a key role in meeting down state’s electricity needs.”

Karl R. Rábago, Pace Energy and Climate Center said, “It is gratifying to see years of advocacy for clean energy development bearing fruit in such a spectacular fashion. And it is inspiring to have the leadership in New York that made it happen.”

Heather Leibowitz, Director, Environment New York said, “Offshore wind needs to be a significant part of the energy mix. It is key to putting the Empire State on a path toward an economy powered entirely by renewable energy. The 90-megawatts of energy produced off east Montauk will get us one step closer to this goal.”

Kevin Law, President and CEO of the Long Island Association said, “The offshore wind farm proposed by Deepwater Wind is an important step forward in building Long Island’s clean energy economy, creating new jobs in this industry and diversifying our fuel sources which is why the LIA has supported this project.”

John R. Durso, President, Long Island Federation of Labor, AFL-CIO said, “LIPA’s decision to enter into an agreement with Deepwater Wind is good news for the Long Island labor movement. It is a first step in realizing the potential for a new American industry with Long Island at the epicenter. We thank New York State for their commitment to our energy future, an opportunity which includes union jobs. We are excited to put our skilled workforce on the job.”

About Reforming the Energy Vision
Reforming the Energy Vision is Governor Andrew M. Cuomo’s strategy to lead on climate change and grow New York’s economy. REV is building a cleaner, more resilient and affordable energy system for all New Yorkers by stimulating investment in clean technologies like solar, wind, and energy efficiency and generating 50 percent of the state’s electricity needs from renewable energy by 2030. Already, REV has driven 730 percent growth in the statewide solar market, enabled over 105,000 low-income households to permanently cut their energy bills with energy efficiency, and created thousands of jobs in manufacturing, engineering, and other clean tech sectors. REV is ensuring New York State reduces statewide greenhouse gas emissions 40 percent by 2030 and achieves the internationally-recognized target of reducing emissions 80 percent by 2050. To learn more about REV, including the Governor’s $5 billion investment in clean energy technology and innovation, please visit www.ny.gov/REV4NY and follow us at @Rev4NY. 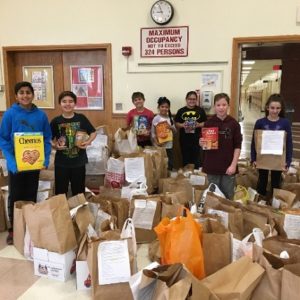