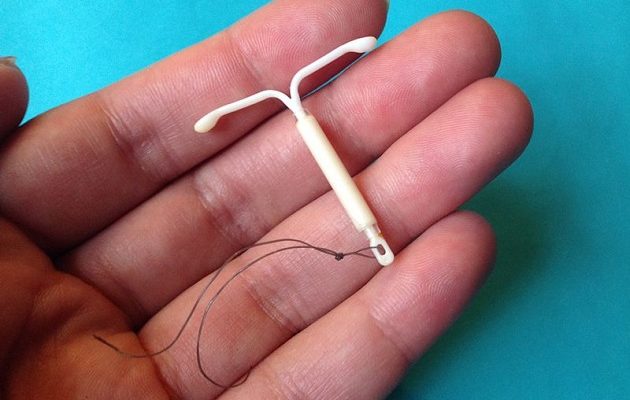 NEW YORK – On the eve of the Trump administration, and as Congressional Republicans move to repeal the Affordable Care Act, New York Attorney General Eric T. Schneiderman today introduced “The Comprehensive Contraception Coverage Act of 2017” (CCCA), legislation aimed at protecting and enhancing New Yorkers’ access to cost-free contraception. The legislation would ensure the continuation – and expansion of – vital contraception coverage for New Yorkers, particularly in the event that the Affordable Care Act (“ACA”) is repealed.

“New Yorkers have a right to comprehensive, cost-free access to birth control. With the Affordable Care Act under attack in Washington, it’s all the more critical that New York act now to protect these rights,” said Attorney General Schneiderman. “The Comprehensive Contraception Coverage Act will ensure that all New Yorkers have access to the birth control method they need to stay healthy and effectively plan for their future – no matter what happens in Congress.”

The CCCA would codify into New York law the current ACA requirement that contraception be made available to New Yorkers cost-free, while also expanding on the ACA in several important ways, protecting and enhancing New Yorkers’ access to contraception — particularly vital in the event of an ACA repeal.

– Second, the legislation would prohibit insurance companies from “medical management” review restrictions that can limit or delay contraceptive coverage.

– Third, the CCCA would cover men’s contraceptive methods and bring their insurance coverage in line with the benefits enjoyed by women.

– Fourth, the bill would allow for the provision of a year’s worth of a contraceptive at a time.

Despite legal reforms enacted in New York State and Congress, both women and men in New York continue to face barriers in accessing contraceptive care. In 2002, the New York State Legislature passed the Women’s Health and Wellness Act, an important first step toward contraceptive equity that required insurance plans that cover prescriptions to include contraception. Eight years later, the U.S. Congress passed the Affordable Care Act, which includes a contraceptive coverage guarantee as part of a broader requirement for health insurance plans to cover key preventive care services without out-of-pocket costs for patients. However, despite the ACA’s broad contraceptive coverage requirements, Attorney General Schneiderman’s office received reports that certain health plans had been imposing co-pays as well as denying full coverage of certain contraceptive methods through “medical management” (utilization review). As a result of the Attorney General’s inquiry to New York’s major health plans and new federal guidance, the plans agreed that members would not be charged a co-pay for all FDA-approved contraceptives.

Now, with Congressional Republicans threatening to repeal the ACA including provisions that guarantee “no cost-sharing” for women’s preventive health services, Attorney General Schneiderman’s proposed CCCA would protect and expand upon the ACA’s contraceptive coverage requirements – while also providing a model for other states to act.

Attorney General Schneiderman has been a leader on issues of women’s health and reproductive justice. Among other work, this fall, he issued a legal opinion making clear that the reproductive health protections afforded to all women under Roe v. Wade and later Supreme Court cases are not, and cannot be, diminished in any way by New York’s Penal Law.

“The uncertainty about the future of the Affordable Care Act makes it is more important than ever that family planning benefits are included in New Yorkers’ health insurance. Attorney General Eric Schneiderman continues to be a national leader in assuring that consistent and affordable coverage is available to all. I look forward to presenting this comprehensive package to my colleagues in the Assembly for their careful consideration and approval,” stated Assemblymember Cahill, Chair of the Assembly’s Insurance Committee (D-Ulster, Dutchess).

Senate Democratic Leader Andrea Stewart-Cousins said, “Access to reproductive health care options is a basic right for all women and it must be protected against the stated goals of the incoming Trump Administration. I commend Attorney General Schneiderman for his leadership on the Comprehensive Contraception Coverage Act and I am proud to support this vital legislation. I urge my colleagues on both sides of the aisle to work together to pass this bill and ensure no New York woman loses her rights due to actions taken in Washington, DC.”

“This year, the rights of women and men to make their own reproductive decisions are set to come under repeated attack from Donald Trump and Paul Ryan. Many New York families already struggle to access contraception, and Republican slash-and-burn healthcare policies are guaranteed to make the situation worse,” said State Senator Liz Krueger. That’s why I am extremely gratified that Attorney General Schneiderman is introducing the Comprehensive Contraception Coverage Act. This is a basic healthcare issue, an essential right, and a vital step toward achieving gender equality by ensuring everyone can take charge of their own reproductive choices. I look forward to working with the Attorney General and my legislative colleagues to see that this bill becomes law.”

“Contraceptive care for millions of New Yorkers should not be subject to the winds of political change,”said Assemblymember Aravella Simotas. “I applaud Attorney General Schneiderman for assuming the mantle of leadership to ensure that women and men throughout this state can access birth control without barriers.”

“New York has long been a national leader in promoting women’s rights, whether it is voting, equal pay, or healthcare,” said Assemblywoman Donna Lupardo (D-Binghamton). “It is now our duty to ensure that women across the state and country know New York will stand up for them and their access to basic cost-free contraception regardless of what actions our partners in the Federal government pursue.”

“I applaud Attorney General Schneiderman for stepping up in the face of possible Congressional action to reduce health care coverage for contraceptive care,” said Assemblymember Shelley Mayer. “We need to ensure that contraceptive coverage for both women and men is covered under New York law since we can no longer rely on federal protection.”

“This is a comprehensive piece of legislation that includes many components, including some from the bill I had introduced,” Assemblymember Amy Paulin (D-88) said. “This legislation will provide those in need with emergency contraception regardless of whether they have a prescription. It will also require insurers to cover sterilization procedures and bring coverage for men’s contraceptive choices in line with those of women. It is a complete and necessary piece of legislation.”

Assemblymember Deborah J. Glick said, “It is especially important for New York State to move forward with the Comprehensive Contraception Act as the Federal government is poised to undermine women’s health access in many ways. First and foremost, women should have the right to determine when or if they will become mothers. Imposing additional costs to women who choose to delay parenthood is a barrier New York State must ensure is never part of our health policy.”

“I applaud the Attorney General for proposing guaranteed insurance coverage for contraceptive methods, family planning education and counseling. Women and men must have the information, counseling and access needed to make informed family planning decisions. Women must not experience limits, delays or denials of their chosen FDA-approved methods particularly emergency contraception. We look forward to passing this legislation that would grant greater access to affordable contraceptives for both women and men,” said Assemblymember Rebecca Seawright.

“With an incoming Administration in Washington that is so hostile to women and reproductive healthcare, it is critical that New York reaffirm its commitment to gender equality and quality healthcare for all. I applaud Attorney General Schneiderman for once again standing with New Yorkers and against Donald Trump and his regressive policies, which will harm women, their health and their families,” said Assemblymember Linda B. Rosenthal (D/WF-Manhattan).

“Contraception is vital to women’s health and has a myriad of public health benefits such as a reduction in unintended pregnancies and a decreased risk of endometrial and ovarian cancers,” said Christa R. Christakis, Executive Director, ACOG District II. “Despite the ubiquity of contraceptive use among sexually active women, multiple barriers continue to prevent women from obtaining contraceptives or from using them effectively and consistently. The CCCA is practical solution to addressing these barriers and the American Congress of Obstetricians and Gynecologists, District II stands in strong support of this legislation.”

“The Comprehensive Contraception Coverage Act enshrines the protections of the Affordable Care Act — at a time when the fate of that Act is in jeopardy,” said Andrea Miller, President of National Institute for Reproductive Health. “We applaud Attorney General Schneiderman for prioritizing New Yorkers’ access to the contraception they need, and for working to ensure that New York stands out as a beacon for access to reproductive health care.”

“Contraception is critical to a woman’s health and her ability to participate equally in economic, political and social life,” said Donna Lieberman, NYCLU Executive Director. “President-elect Trump threatens women’s access to contraception by promising to repeal the Affordable Care Act, and Attorney General Schneiderman is right to take a stand for comprehensive contraception coverage for all New Yorkers.”

“Women should not be forced to choose between their birth control and other essential expenses,” said Sonia Ossorio, President, NOW New York. “With Trump threatening to repeal healthcare coverage that has benefited tens of millions of women, we need to do everything we can at the local level to ensure that women retain their access to contraception. Making birth control cost-free and readily accessible will protect the health of women and their families while significantly reducing long-term healthcare costs. We applaud Attorney General Schneiderman’s proactive approach to making sure that women’s healthcare needs are met in our state.”

“By ensuring that state law requires insurance coverage of birth control without additional cost and addressing other barriers to contraception, the Comprehensive Contraception Coverage Act of 2017 will promote New Yorkers’ health and economic security,” said Gretchen Borchelt, Vice President for Reproductive Rights and Health, National Women’s Law Center. “This bill is critically important now because of uncertainty about the federal birth control benefit that is part of the Affordable Care Act – a target for repeal by certain members of Congress and the President elect. The National Women’s Law Center applauds Attorney General Schneiderman for acting to protect and expand the birth control benefit for people in New York. We call on the legislature to act quickly to pass the Comprehensive Contraception Coverage Act of 2017.”

“Now, more than ever, we need leaders in our states to be champions for our reproductive rights. A woman should never forgo contraception because of her economic situation. Attorney General Schneiderman’s Comprehensive Contraception Coverage act will help New York State lead the way in improving women’s lives,” said Kelly Baden, Interim Senior Director, US Policy and Advocacy, Center for Reproductive Rights. 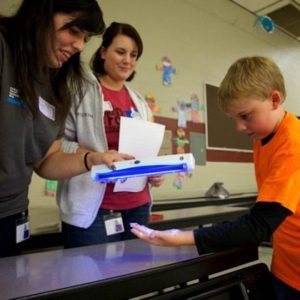 NEW YORK -  The union for State University faculties is urging the Board of Regents to approve changes to the New York State...